Consistency is key to staying on top and Brian has found himself there 3 times in the last 3 years winning an event in each of them.  The 2-time AOY landed another victory on Saturday at the 4th divisional event before the area championship, placing himself in contention to claim yet another at Lake Texoma next month. His bag of five-fish came across the scales early during weigh in at 18.20-lbs and held up for the win.  Gambill walked away with a winning check for $5000.00.

“I’ve been able to find fish in practice all year long, but I have had difficulty getting them in the boat.  I have lost good fish all season.  One here and one there that have made a difference.  All my fish came on topwater and crankbaits.  I only had 6 keepers today but landed all of them.  We moved around looking for bites but didn’t really have a pattern to chase.  We were just fishing.  The crankbait bite was odd today and I am thankful for my TFO Rods.  When I got bit, I had to feel for the vibration to stop and set the hook.  The fish were chasing the bait and biting without turning so you couldn’t feel the weight load up like you normally would.  That feel is all I had to go on and the rods definitely let me know.  With the weight I had I figured I would do well but didn’t expect the win.  The caliber of anglers on this lake, and the field we have all year is very tough to compete with, so I am very pleased,” said Gambill.

Landing in second place on the boaters’ side of the competition was Kevin Lasyone from Dry Prong, LA.   Kevin also brought in a solid five-fish to the scales, weighing in at 16.43 pounds with a 4.92-lb anchor.

“I had 7 or 8 keepers today and all of them came on a V&M Wild Thing Box Worm.  They were in 16-18 feet.  I stayed in one spot and didn’t see any reason to leave.  The fishing has been a little tough lately.  The patterns are moving from summer to fall and when you fish in between the two it can always get a little tougher.  We were fortunate with the weather today and only had on small squall come through,” said Kevin.

Coming in 3rd for the boaters was Glen Freeman of Zwolle, LA. Glen caught five-fish today as well, his total weight locking in at 15.88 pounds.

“We ran way up North this morning and stayed there until 11:30-12:00 and didn’t have any luck at all, so I ran back to another spot not too far from here and found some fish.  I bounced from there to one other location just around the corner and managed to get my limit.  The fish were deep, maybe 20-25 feet but they bit,”  said Glen.

4th place for the boaters was Terry Peacock with 13.35 lbs, in 5th place was Russell Lee with 13.27 lbs.  With his 5th place finish, Russell stays on top of the points race for AOY.

Sirius XM Pro Staffer John Simonof took Triton Gold honors for the boaters as he is the highest placing Triton Gold member in the top 10. For the coanglers, John Binz of Mesquite, TX came in with three-fish weighing in at 8.93-lbs anchored with a 4.66-lb kicker. Fishing was very tough for all the competitors.  John climbed into 2nd place in the AOY points race and took home a check for $1200.00 for the win.

“I caught 1 fish on a shakey head and the rest of them came on a swim jig.  I caught lots of fish today but only 4 of them were keepers.  I didn’t cull because the 2 big ones were already in the livewell along with a 3rd for my limit, and the 4th keeper I landed wouldn’t take any of them so I threw it back.  Both of my larger fish came off a grass flat that we hit a couple times, but it was worth it.  We pulled a lot of fish from it,” said Binz.

Finishing in 2nd place was Joe Frank Thomas of Forney, TX with a 3-fish limit for 7.10 lbs.

“We ran North, and our target was boat docks using a purple french fry.  I caught 8-10 fish.  I culled 3 times and had my limit in the boat by 7:30 this morning, so after we left and made the run it took about 45 minutes.  It was good feeling to have a limit that early and just wait for the big bite,” said Thomas.

3rd place honors with another solid limit was Joe Perez of Kemp, TX with 3-fish for 5.58 lbs.

“We ran South to Housin Bay and threw a swimbait.  We stayed with the same pattern all day because we were catching fish.  I caught 10 or 12 with 4 of them being keepers so I was able to cull once,” said Joe.

Finishing 4th was Mark Crow of Palmer, TX with 5.43 lbs. Rounding out the top five was Otis Jnofinn of Channelview, TX with 2-fish for 4.59 lbs.

The biggest bass caught for the boaters, and overall, was 6.58 lbs brought in by Nolan Jackson. That catch earned him an extra check of $380.00 and earning him the Abu Garcia Big Bass Award.  Nolan also received a new Revo X for his fish.

Slated for October 6-7, the next tournament for this division will put them on the water with the anglers from Oklahoma at the Area 7 Championship at Lake Texoma.  At the end of the season, the best anglers from across the nation advance to the 2019 Ray Scott Championship, slated for the first week of April 2019 on Lake Eufaula, AL.

The best anglers from across the nation will advance to the 2018 Ray Scott Championship to be held on Lake Eufaula in April 2019. 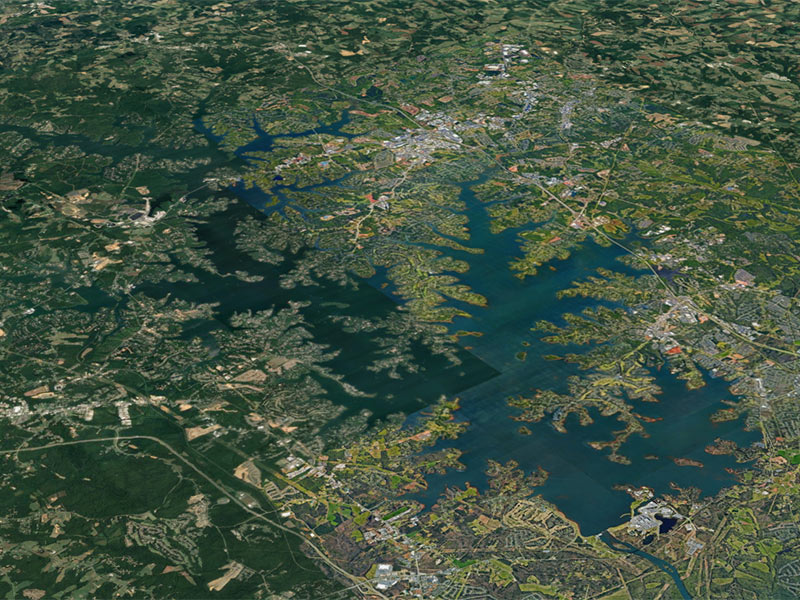