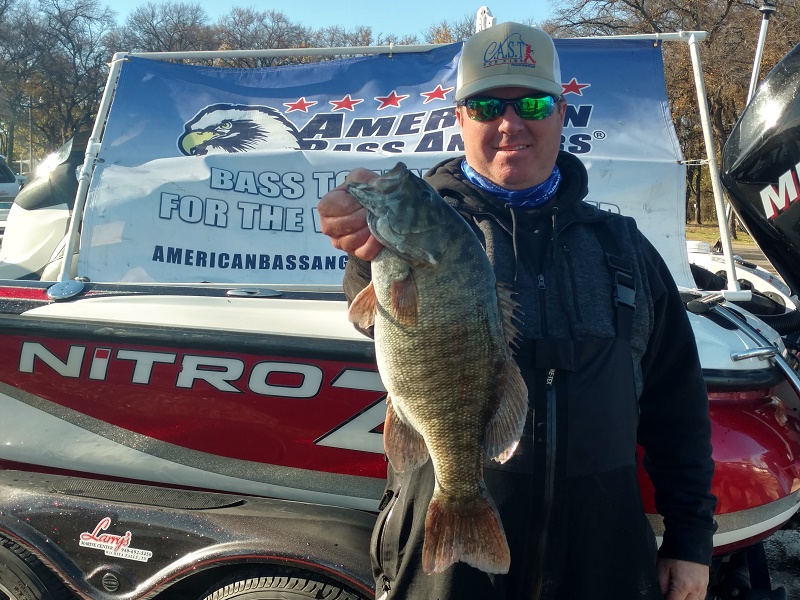 Steve Perkins of Velma, OK won the American Fishing Tour Division 112 Wichita Falls TX tournament presented by American Bass Anglers held November 10, on Lake Texoma.  Running out of Soldier Creek near Kingston, Ok. Steve brought back 5-bass that locked in the scales at 15.68-lbs. anchored by a 4.74-lb smallmouth kicker.  For the victory, Steve took home a check for $507.

Second place was claimed by Gary Eldred with 5-bass and a total weight of 11.57-lbs.  For his efforts, Gary took home $223 in prize money.

Lenny Baudino took third with 3-bass and a total weight of 6.68-lbs and took home $79 in prize money.

The Biggest Bass of the tournament was caught by Steve Perkins.  His fish locked in the scales at 4.74-lbs earning him $75.

For more information on this event or division please contact local director Rob Eckle at (940)867-2198 or visit www.americanbassanglers.com