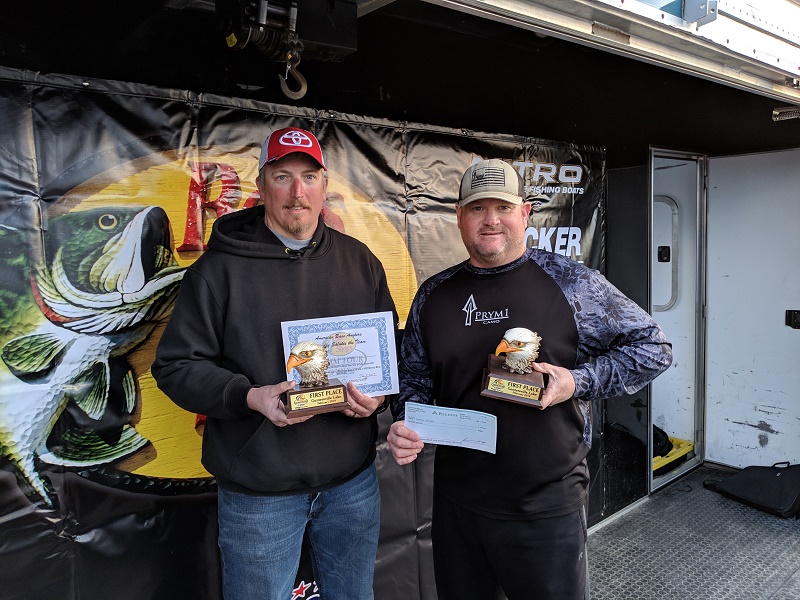 Saturday, February 9, 2019 the Bass Pro Shops Team Tour operated by American Bass Anglers held its first tournament of the regular season that launched from Goosepond Bait and Tackle on Guntersville Lake located in Scottsboro, Alabama. Ninety-three teams went to battle in cold weather conditions to try and win the 2019 Triton 17TX powered by a 60HP Mercury four-stroke with Garmin Echo-map plus 63CV valued at 20K. With a 5-pound lead over 2nd place Jimmy Mason and Lance Walker took the victory weighing in 5 fish for a total weight of 33.82-pounds. The team also earned a check for $900 for taking 1st place in the High Stakes Option Pot.

“We fished in shallow river bars and were using Lipless Crankbait, Booyah Wind Knocker, as well as, Bandit Racket to catch our bass. We also fished in shallow grass and weeds. We stayed within 8 miles of the launch dock and fished back to Goosepond and covered a lot of water and had a fun day,” said Mason. 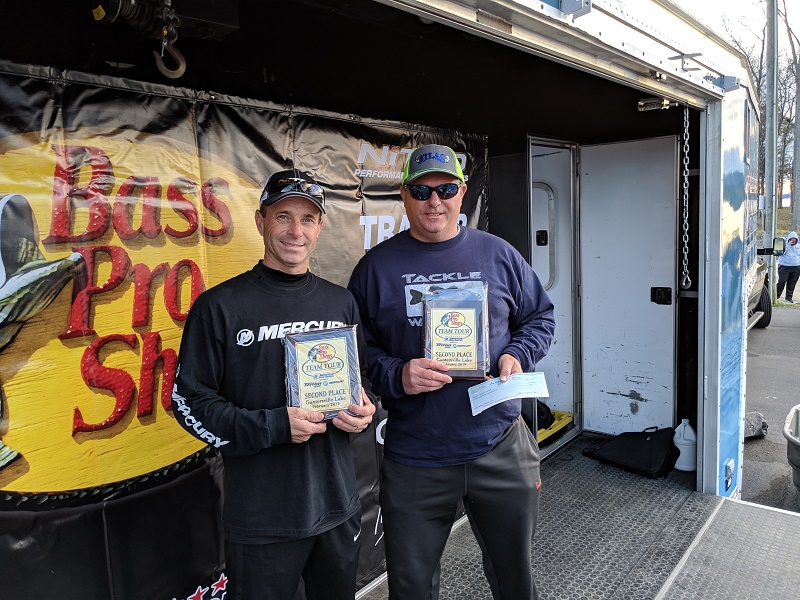 “Our day started with heading to some flats and us using crankbaits and jigs fishing in shallow water around 5 to 8 feet deep. We had a good day and it was a lot of fun,” said Harvey. 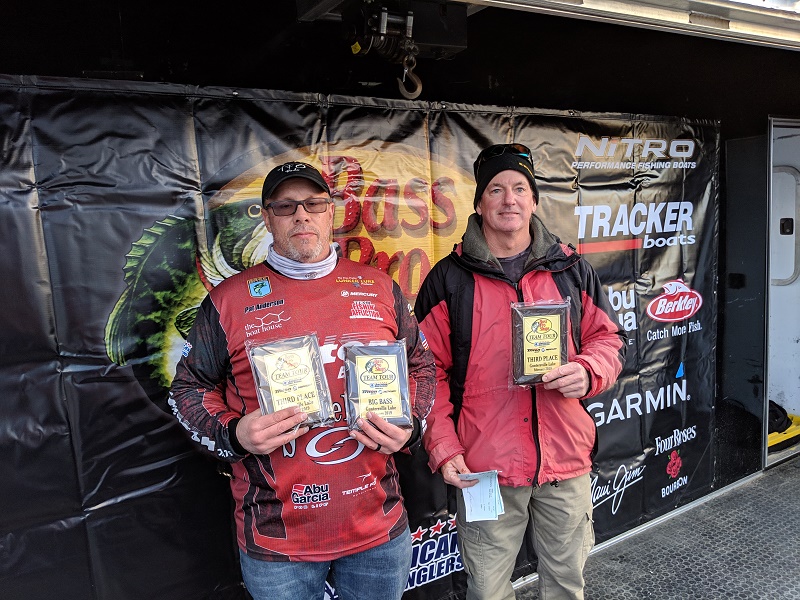 Coming in 3rd place was the team of Patrick Anderson and Randall Allen bringing 5-fish to the scales weighing 28.49-pounds.  They earned a check for $1900.00 for their efforts. They also caught a monster big fish weighing 9.71lbs and won the big fish pot of $810.00. They also placed third in the High Stakes Optional Pot and took home $350.00.

“We fished in 6-8 feet of water using a crankbait and spinnerbait. We stayed in grassy water and moved around a bit here and there,” said Anderson.