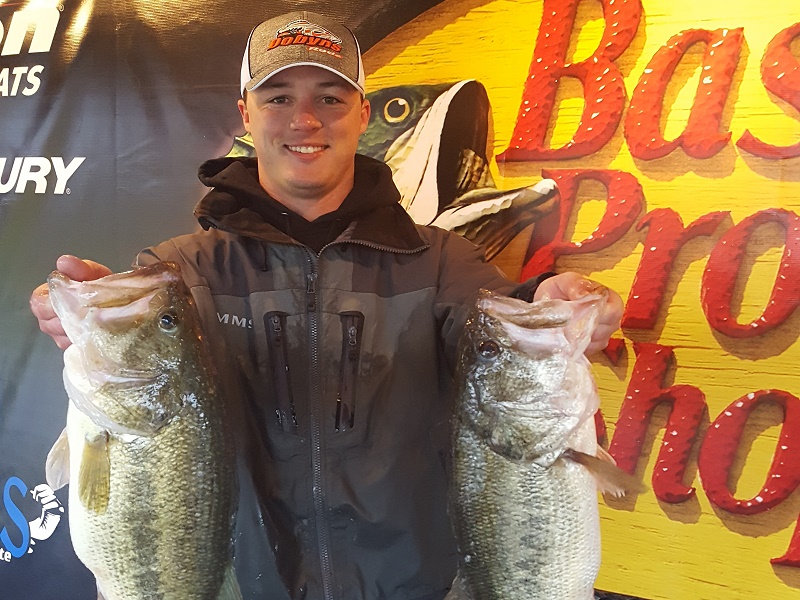 “I didn’t have many bites today, I only had 7 but they were good ones.  4 of the keepers I had were caught on a jerk bait.  I caught 6 fish on it but around 2:30 I picked up a shakey head and caught the 7-lber. It culled a 1.5-lber that I had and that was what gave me the 24-lbs.  I bounced around today from one spot to the next but there really isn’t much to tell,” said Garrett.

David Connelly of Frisco, TX took third for the boaters with five bass going 17.30-pounds.  David’s largest fish was just shy of big bass for the tournament at 7.19-lbs.

“Well I fished clean today.  Only had 5 bites but was able to put them all in the boat.  I started off shallow around docks without any luck, so I went a little deeper and caught all my fish on crawfish color crankbaits. I targeted 8-12 feet but had to fish that bait really slow,” Commented David.
Finishing fourth, Albert White of Crosby, TX landed a five-bass limit for 16.68-pounds. Russell Lee of Sachse, TX rounded out the top five boaters with five bass at 16.44-pounds. 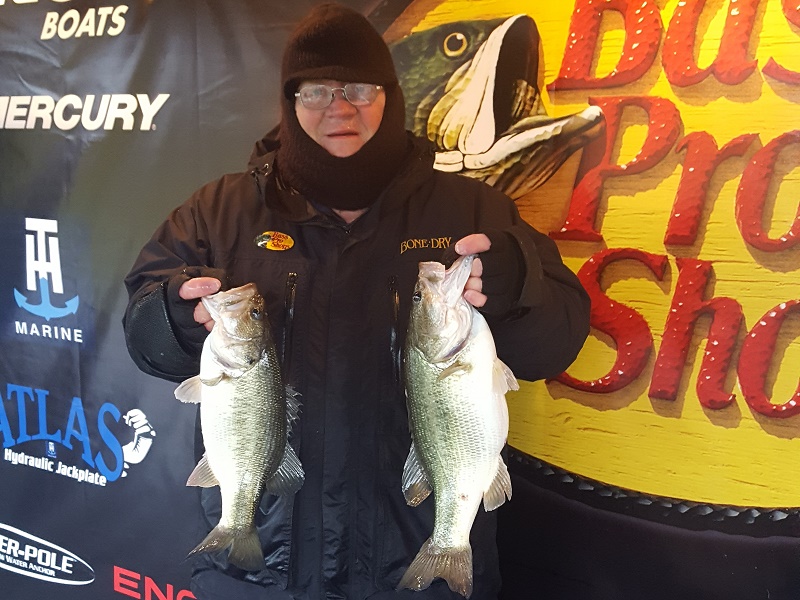 In the Co-Angler Division, David Connelly won with three bass going 10.57-pounds, almost a 3-lb margin over the rest of the field.

“It was a last minute decision to fish today.  I almost didn’t come because I knew it was going to be cold but it paid off.  I caught 5 fish but didn’t cull any.  All my fish came on a spinnerbait.  They were all keepers but I was too cold to measure the other 2 to see if they might bump one out.  I kept the right ones though.  I don’t know where we were.  I just told my boater I was going to close my eyes while he ran so tell me when we get there,” David said.

“I don’t know where we went because it was too cold to look and I didn’t care.  It was the same as David said, when the boat stopped moving I got up and started fishing!  LOL.  I caught fish wacky style and on achatterbait.  I caught 5 total and lost one big one.  I had one that didn’t measure up but culled once.  All 3 fish were caught under the same dock but I don’t know where it was either,” Carson said. “

“I got 3 bites all day and caught 3 fish.  2 were on a shakey head and one on a spinnerbait.  All 3 were caught in different locations too,” Said Joe.

In fourth place among the co-anglers, Billy Wells of Houston, TX brought in one bass for 4.41-pounds.  It was a bitter cold day but one bite was all he needed to nab big bass honors for the co anglers as well. Chris Fayson of Desota, TX finished in fifth place with one bass for 4.09-pounds.

Slated for March 30th, the next tournament will be held on Lake Palestine running out of the Villages Marina. At the end of the season, the best anglers from across the nation advance the 2020 Ray Scott Championship to be held at Lake Hartwell in April 2020. 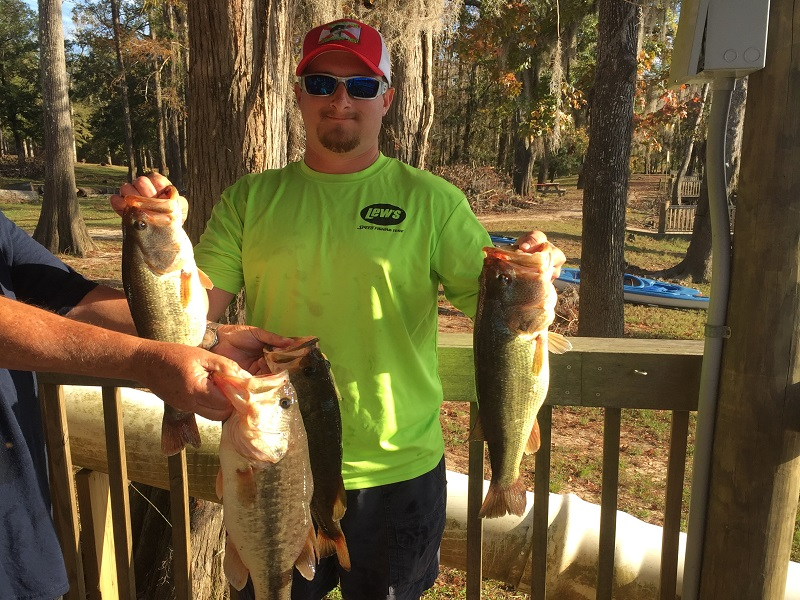