Singleton and Gettys Take the win on Kentucky Lake 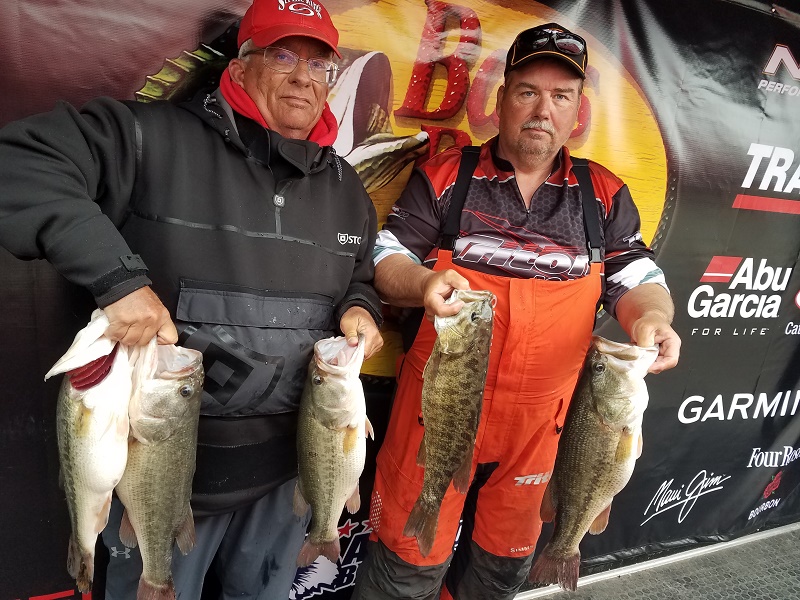 Saturday, March 30, 2019 the Bass Pro Shops Team Tour held its first tournament of the regular season.  Launching from Paris Landing on Kentucky Lake located in Buchanan, TN. Fifty-two teams went to battle in windy weather conditions to try and win the 2019 Triton 17TX powered by a 60HP Mercury four-stroke with Garmin Echo-map plus 93SV valued at 20K. With just under a 2-pound lead over 2nd place Gary Singleton and Edward Gettys took the victory weighing in 5 fish for a total weight of 27.30-pounds. The team also earned a check for $750 for taking 1st place in the High Stakes Option Pot.

“We went south about 20 miles and we were fishing in creek channels. We caught them on Spinnerbait, Crankbait, and Swimbait. We were sitting 13 to 15 feet of water throwing in about 7 foot of water,” said Singleton.

Coming in 3rd place was the team of Stanley Tucker and Ken Sheets bringing 5-fish to the scales weighing 22.02 pounds.  They earned a check for $1300.00 for their 5 bass.

“We caught most of our fish on a Spinnerbait. We made a pretty good run down south. We caught them on 2 banks and caught an almost 7-pound bass there.” said Sheets.