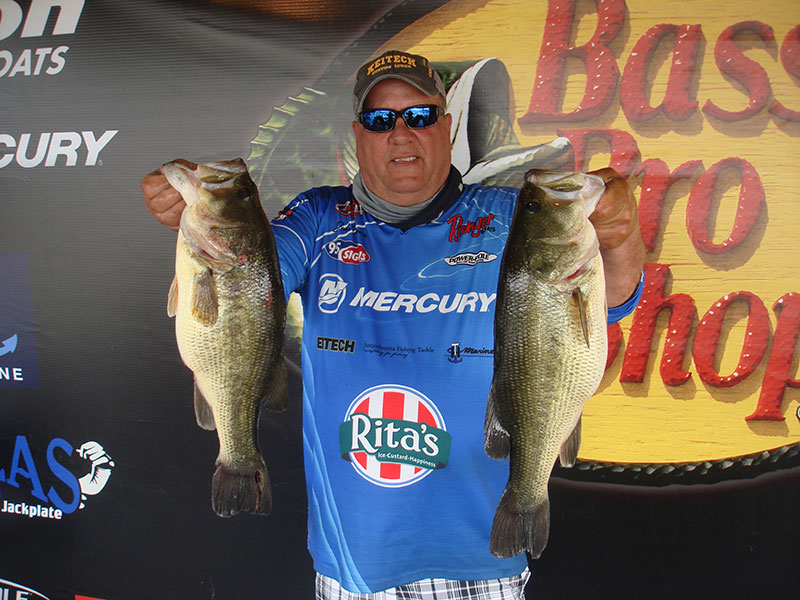 ATHENS, Ala. – John Vanore of Mullica Hill New Jersey won the Bass Pro Shops Open Series Maryland event held on the Upper Chesapeake on 4/13/19. Running out of Anchor Boats Marina in North East MD, Vanore weighed in a five bass limit totaling 22.82 pounds. His limit was anchored by a bass weighing 5.95 pounds. He took home a check for $5500.00 for the win.

I started out fishing shallow this morning putting four fish in the boat right away on a prototype Keitech jig said Vanore. Once the tide started going out I ran transition spots with a Keitech jig fishing in 8ft of water.

In second for the boaters, Steve Myers of Joppa MD weighed in a five bass limit weighing 21.38 pounds.

I pretty much junk fished all day said Myers. I stayed around the east end throwing a rattle trap and a crankbait.

Taking third for the boaters Richard VonNordeck of Jarretsville MD, weighed in a five bass limit weighing 20.42 pounds. His limit was anchored by a bass weighing 6.80 pounds.

I hit five spots all day said VonNordeck. I caught all of my fish on moving baits. I had one two pounder I couldn’t cull out.

Taking big bass honors on the boater side David Wilder of Middle River MD weighed in a bass at 7.52 pounds. He took home an additional $720.00 for the bass. 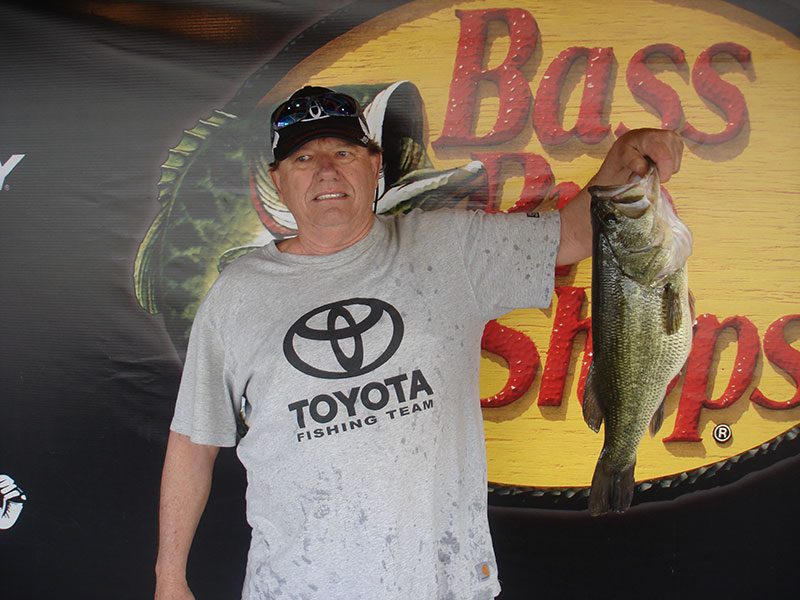 In the co-angler division, John Brzozowski of Dallas PA, weighed in three bass for 12.53 pounds. His catch was anchored by a bass weighing 5.75 pounds, which was also the biggest bass weighed in for the co-anglers. Brzozowski took home a total of $1810.00 for the win and big fish.

I pretty much beat the banks all day with a crankbait said Brzozowski. I culled out probably 10 14 inch bass.

Taking second for the co-anglers, Roland Gittings of Perryville MD, weighed in three bass weighing 12.42 pounds. His catch was anchored by a bass weighing 5.14 pounds.

I caught all of my fish today on a rattle trap and a swimbait said Gittings. I caught probably 20 fish, culling out 5 times.

Taking third for the co-anglers, Jonathan Ruch of Jersey City NJ, weighed in three bass for 11.73 pounds. His catch was anchored by a bass weighing 5.10 pounds.

I caught a limit early said Ruch. All of my fish were caught on a Chatterbait.

Slated for May 4th, and 5th 2019 the next two events for the Maryland Division will be held on the Potomac River launching out of Smallwood State Park in Marbury MD.