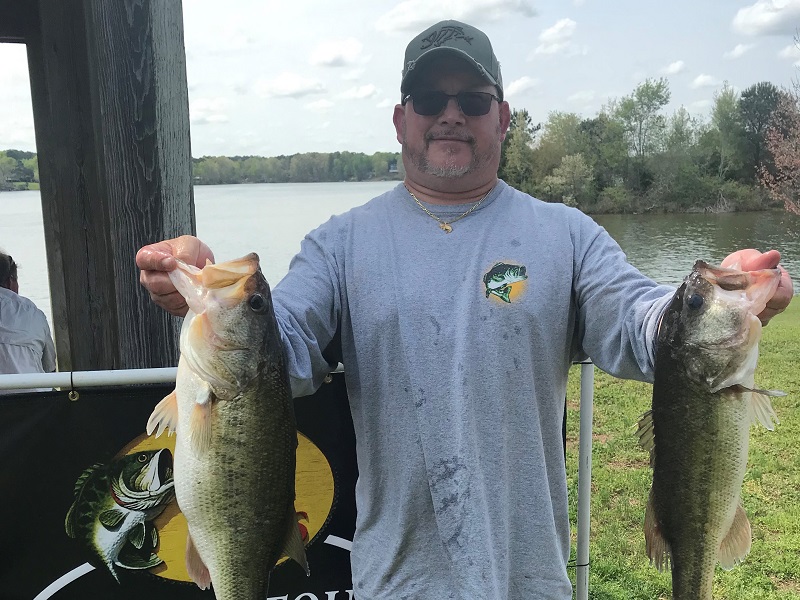 Sean Capes of Sharpsburg, Ga took home the first place trophy and $775 cash on April 7, 2019 with five bass weighing 17.83 pounds at the Bass Pro Shops Fishing Tour on Lake Oconee for D72.   Sean likes to use a square bill crank bait on rocks, and he landed a 6.39 pounder to take the trophy for Big Bass and additional cash of $195 for the optional big bass pot.   There were 39 anglers competing for the total payout of $1,911.

Tyler Norris finished in a close second place with 17.71 pounds, and put $496 cash in his pocket and won a nice trophy to display.   Tyler secured his limit with a 4.95 pounder. 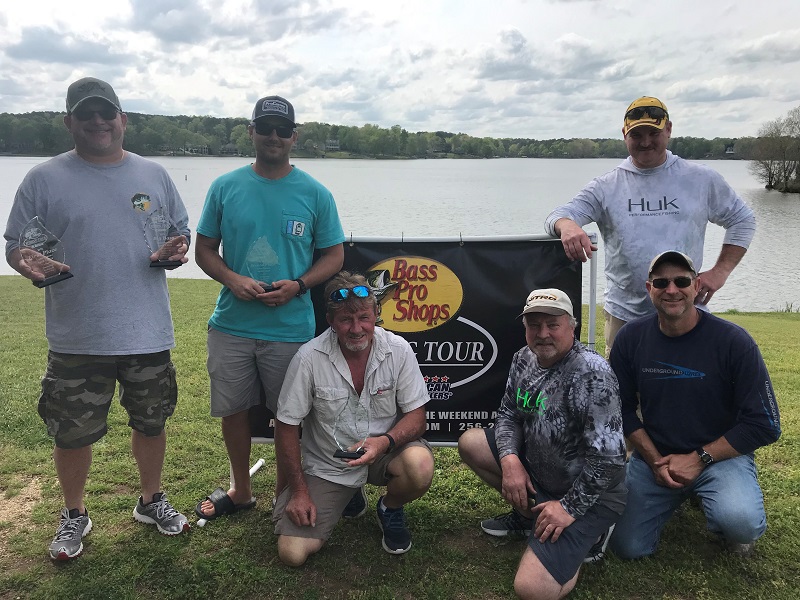 Danny Taylor assisted with the tournament by checking boats in the morning and weighing fish in the afternoon. After the awarding of trophies and cash payouts, there were drawings for the anglers present.  Four $50 bills were won by Dave Holland, Robert Barker, William Roberson, and Joshua Parrish.

The next tournament for D72 will be the TWO-DAY DIVISIONAL CHAMPIONSHIP.