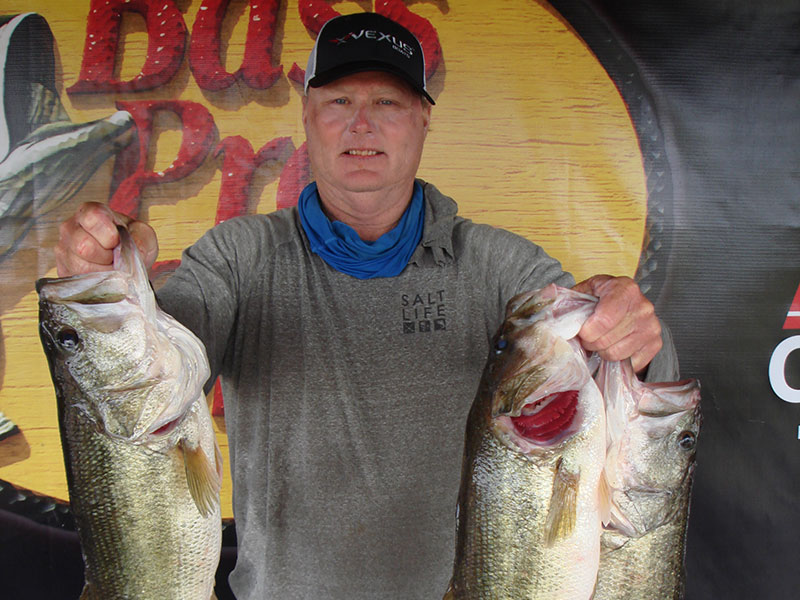 Running out of Lakepoint Resort State Park in Eufaula, AL the Cataula, GA angler caught five bass weighing 24.06 pounds. For the Boater Division victory, Lee took home a check for $2600 for his win. “I was fishing mid-lake and caught some fish early but just before the storm came in it was war. I caught most of the big fish in about 15-20 minutes as the storm came in.“ Lee said.

In second for the boaters, Andy Norris of Columbus, GA landed a five-bass tournament limit going 23.68 pounds. “I caught my fish cranking above the causeway. I was concentrating on 10-13ft ledges.” Norris said.

Bryan Brown of Cataula, GA took third for the boaters with five bass going 18.97 pounds.  “I caught my fish shallow early on a swim jig in the grass and finished out the day on ledges just before the storm hit.” Brown said.

Finishing fourth, Trevor Fitzgerald of Belleview, FL landed a five-bass limit for 18.89 pounds. Michael Smith of Andalusia, AL rounded out the top five boaters with five bass at 18.16 pounds that also included a big bass that weighed 6.75 pounds. “I caught that big bass on a Missile Bait Baby Destroyer on a Carolina-rig in 14ft of water on a ledge.” Smith said.

In the Co-Angler Division, Joseph Chilcott of Crestview, FL won with three bass going 10.11 pounds that included a big bass that weighed 5.88-pounds. He pocketed a check for $950 for his win and an additional $150 for the big bass. “It was tough today, I only had three bites all day and that big bass came late in the day just before check-in. I caught each of my fish today on a different bait.” Chilcott said. 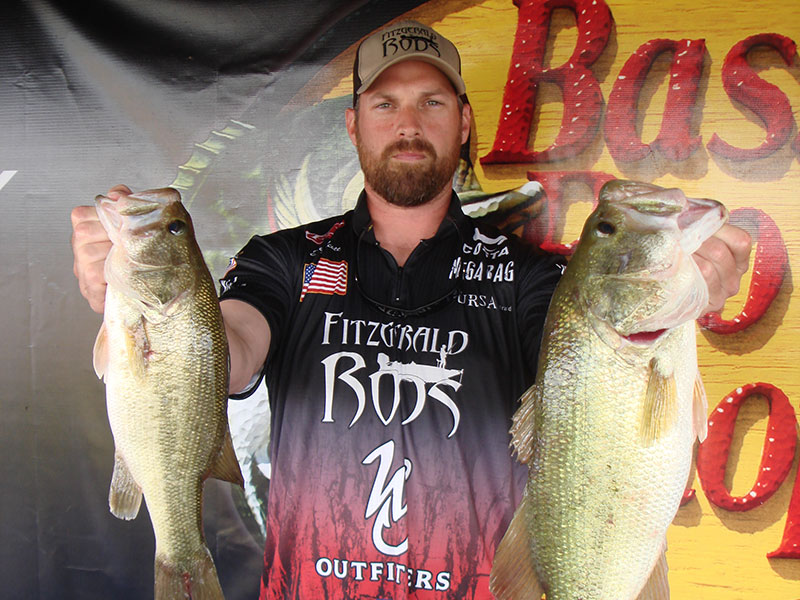 Danny Polli of Eufaula, AL placed third among the co-anglers with three bass going 7.53 pounds.  “I caught my fish dragging a worm on a ledge above the causeway. We didn’t have any fish until 10:00am.” Polli said.

In fourth place among the co-anglers, Ethan Harmsen of Jack, AL brought in three bass for 7.24 pounds. Ryan Muccio of Headland, AL finished in fifth place with three bass for 5.94 pounds.

Slated for June 22nd , 2019 the next tournament will be held on Logan Martin out of Lakeside Park in Pell City, AL. At the end of the season, the best anglers from across the nation advance the 2020 Ray Scott Championship to be held at Lake Hartwell in April, 2020.