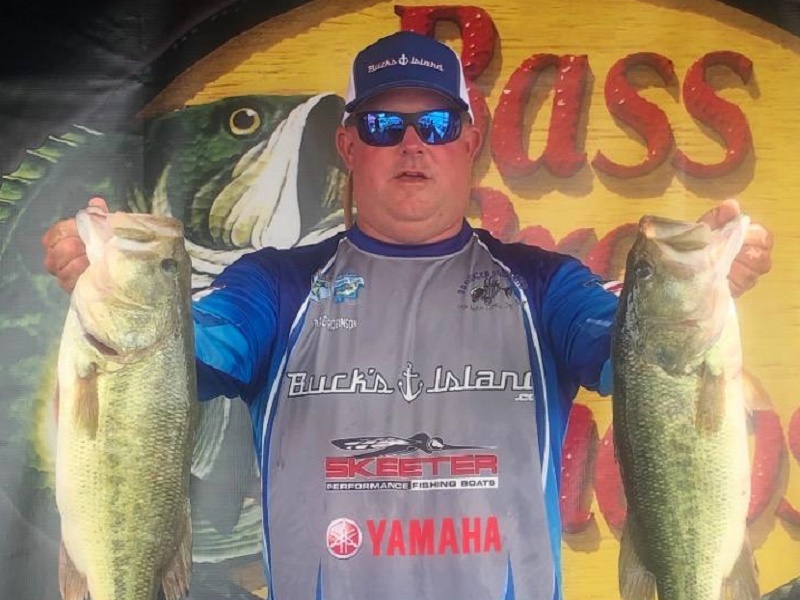 “I had a good couple of days of practice with some 25-30-pound catches. I was able to get bites both in shallow and deep in practice. However, the bigger fish of 5 or more pounds were in transition areas. I focused hard on these areas and had four different areas I wanted to look for them at. I rotated all four of these and just kept culling throughout the day. I caught all of them on a Produce Swimbait. I rigged up a Produce Swimbait for the co-angler as well. He won the Co-Angler side with a near 5-pound average.” Robinson said.

In second for the boaters, Jonathan “Dale” Pelfrey of Rockwood, TN, landed a 5 bass limit weighing in at 25.01-pounds.

“I fished offshore and some shallow stuff to. I caught fish wherever I went today. The bite was good for me this morning. I caught 3 five-pound fish consecutively this morning. It seemed to die down in the afternoon though. I had a couple that pulled off that would have helped but that’s just fishing.” Pelfrey said.

Randy Tolbert Jr, of Rome, GA, took third for the boaters with his five bass limit with a respectable 23.45-pounds.

Finishing fourth, Wayne Boyd of Rome, GA, landed his five bass limit, coming in with 21.37-pounds. Derek Remitz of Grant, AL, rounded out the top five boaters another five bass limit for a total of 19.67-pounds.

Don Perkins finished 19th place with four bass weighing 13.70-lbs. He caught the biggest the bass, on the boater side, at an impressive 7.01-pounds. Don walked away with a check for $570 for his big bass.

“I started out deep and caught him on a big 6-inch swimbait. I fished in about 10 foot of water.” said Perkins. 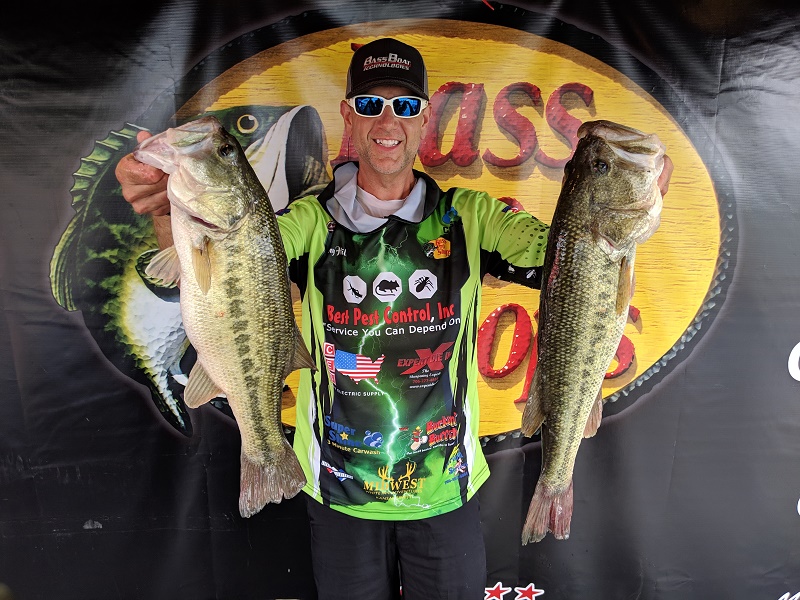 In the Co-Angler Division, Tony Hill of Dalton, GA, won with a three bass limit weighing a staggering 13.43-pounds. Hill earned $1050 for his win.

“I started out on top water this morning and they bit pretty good. Then I started throwing worms and lizards. Turned out a pretty good day. We ran around from dam to dam. we fished in 2 to 15 foot of water. This was special to me, I want to say this is for my mother and my friend.” Hill said.

“I caught my fish today on a worm. I was fishing around 6 to 12 feet of water. I wasn’t too far upriver, maybe a couple of miles. I caught most of mine pretty close to the boat.” Stewart said.

“I caught all my fish on a chatterbait. I couldn’t seem to get a bite on anything else. I was fishing shallow, sitting in about 10 feet of water. I fished up close to the bridge. I do want to say that I appreciate my boater. He took care of me today.” Seay stated.

In fourth place among the co-anglers, Michael Jones of Rome, GA, brought in a three bass limit for 12.21-pounds. Jones also caught the big bass for Co-anglers with a 5.93-pound big bass. Jones received a check for $200 for his Big Bass.

Slated for June 22nd, the next tournament will be held on Weiss Lake out of Little River Marina located at 1780 County Rd 102, Cedar Bluff, AL, 35959. At the end of the season, the best anglers from across the nation advance the 2020 Ray Scott Championship to be held at Lake Hartwell in April 2020.