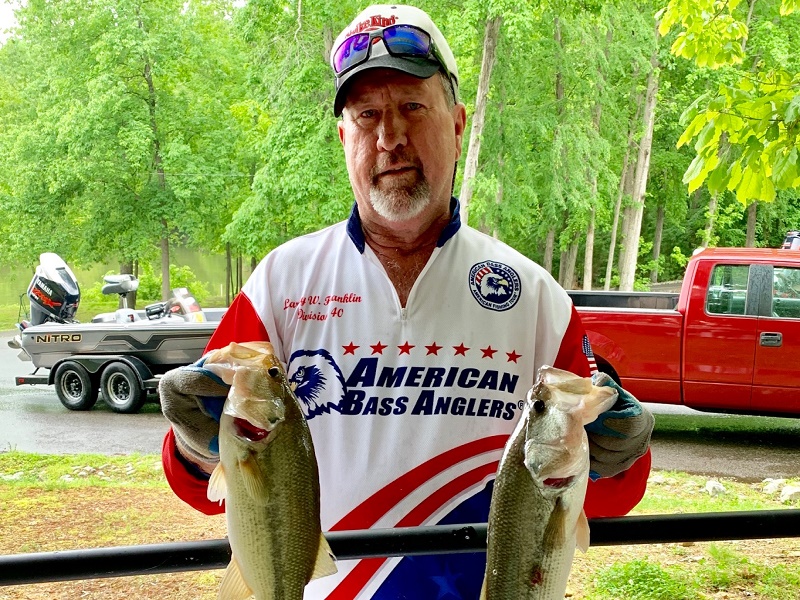 On May 4 on Kentucky Lake Larry Franklin of Waverly, TN won the Bass Pro Shops Fishing Tour Division 40 tournament presented by American Bass Anglers.  Running out of Cuba Landing Marina Larry brought back 5 fish that locked in the scales at 12.28 lbs.   For the victory, Larry took home $425.

Second place was claimed by John Riley with 3 fish and a total weight of 10.03 lbs.  For his efforts, John took home $212 in prize money.

The Biggest Bass of the tournament was also caught by John Riley. His big fish locked in the scales at 5.07 lbs. earning him $130.

The next tournament in this division will be the two-day championship. It will take place on May 18 & 19th out of Birdsong Marina.
For more information on this event or division please contact local director Larry Franklin (931) 209-2995 or visit www.americanbassanglers.com