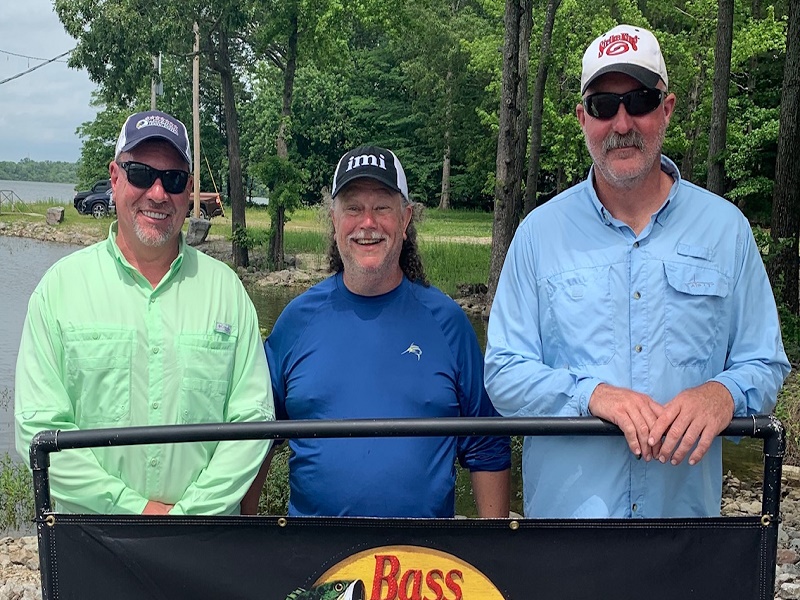 Fishing on May 18 and May 19, Eddie Scott of Waverly, TN won the Bass Pro Shops Fishing Tour Division 40 two-day tournament championship presented by American Bass Anglers.  Running out of Birdsong Marina near Camden, TN, Eddie brought in a two-day total of 9.10 lbs. He caught two fish each day of the championship.   For the victory, Eddie took home $850.

There was a two-way tie for second place.  Tim Lyle brought 3 fish to the scales with a total of 9.00 lbs. for the two days. Eric Hensley had 4 total fish also weighing 9.00 lbs.    The anglers split the second-place winnings and took home $212 each.

Greg Salley’s penalty for a dead fish on day two cost him second place. After the .50 deduction, Greg’s 3 fish for the tournament was 8.52 lbs.

The Biggest Bass of the two-day tournament was caught by Tim Lyle.  His fish locked in the scales at 4.45 lbs.  earning him $130.

For more information on this event or division please contact Larry Franklin (931) 209-2995 or visit www.americanbassanglers.com