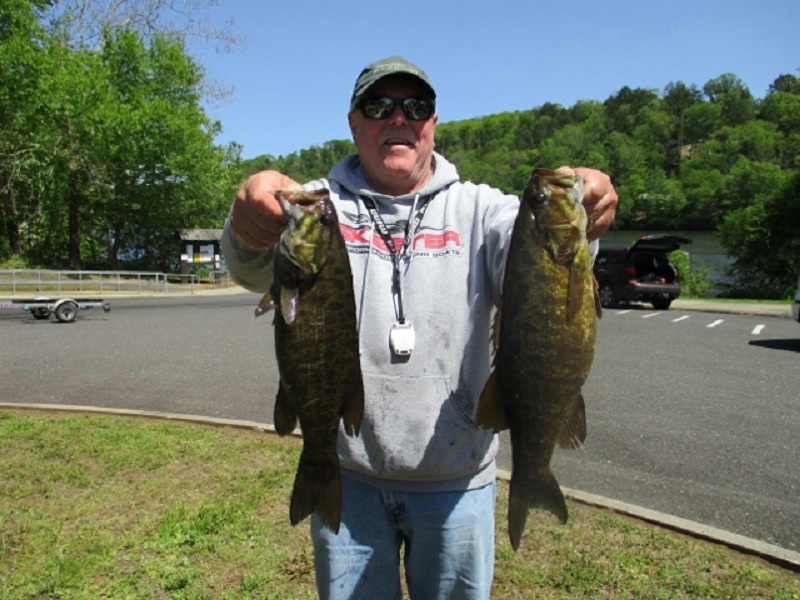 ATHENS, Ala. –   Pete Byrnes won the Bass Pro American Fishing Tour presented by American Bass Anglers, Connecticut Division 6 tournament, held on Lake Zoar.  Running out of the State ramp landing near the town of Southbury Connecticut, the Mount Sinai NY angler caught a 5 fish limit of bass weighing 10.02 pounds. Included in his catch was the big fish of the day with a 4.23 smallmouth.  Pete said he caught his fish on a senko rigged wacky style   For the victory, he took home $590.00 in cash for both awards.

In second among the competitors, A.J. Said from North Grosvenordale Ct. caught 3 bass weighing 8.06 pounds. He caught his fish on a small Keitech and TRD plastic.  He pocketed $288.00 for his efforts.

Taking third place was Chris Bielert from Danbury Ct. with 4 fish weighing in at 7.58 pounds.  Chris said he caught all his fish on crankbaits.  Chris left the ramp with an additional $94.00.

The next Division 6 tournament will be held 1 June 2019 at Colebrook Reservoir.  For more information about this Division and future events visit www.americanbassanglers.com or contact the local Director for Connecticut, Tom Dupuis at 860-987-7371 or Assistant Director Gary McClarran at 203-578-5012.