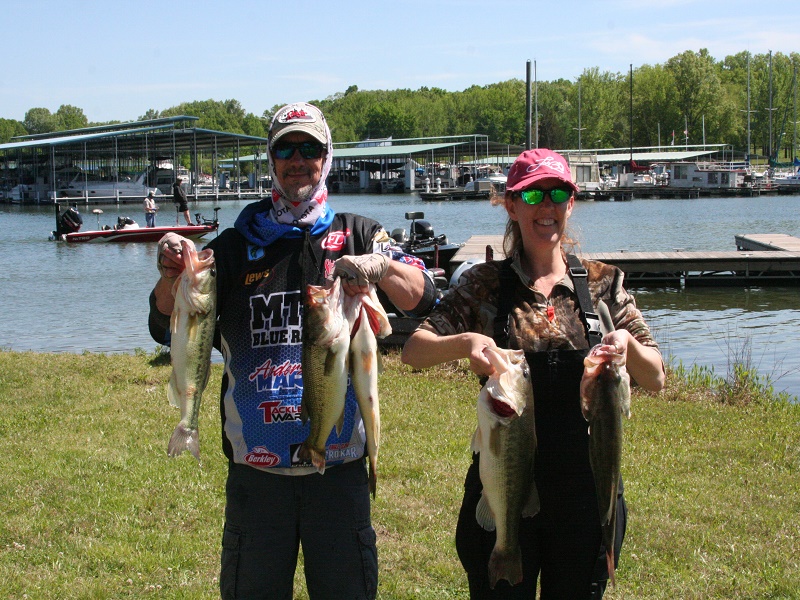 The ABA Bass Pro Shops Couple Series Kentucky Lake Division set another record this weekend.  We had 20 teams participate.  Those 40 souls braved an angry Kentucky Lake out of Paris Landing as three and four-foot rollers dominated an otherwise beautiful day.  The fishing was great for some, not so much for others, but we all had an outstanding time.  29 fish were caught weighing nearly 65 pounds and we paid out $1,700 for the day.

Stephen and Tracy Whitehead topped the record field with a five fish limit weighing in at 19.26 pounds.  They dominated the Big Bass Pool also, as Tracy took the Ladies with a 4.93 largemouth, while Stephen had a 4.69 to take the Men’s big fish.  Stephen and Tracy found their fish in a small bay out of the wind using jigs, craws and various other creature baits.  For their outstanding effort, they took home a total of $950.  That was comprised of $750 for 1st place and $100 each for the big fish pools. 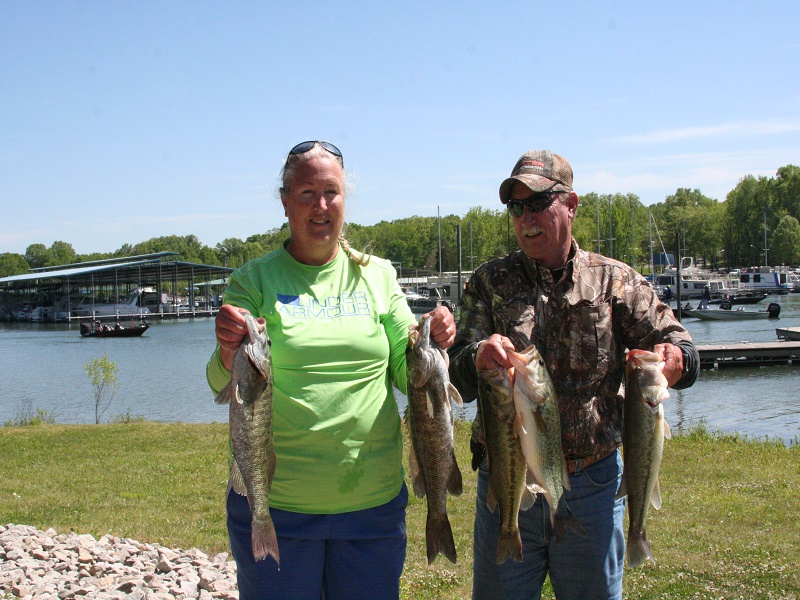 Eddie and Tammy Barclay battled the wind and waves to take 2nd place with another 5 fish limit of 16.71 pounds.  Their weight was anchored by Eddie’s 4.21 largemouth and Tammy’s 3.95 big fish.  Eddie and Tammy were primarily fishing shaky heads on secondary points.  Eddie and Tammy pocketed a well-deserved $375 for their day’s work. 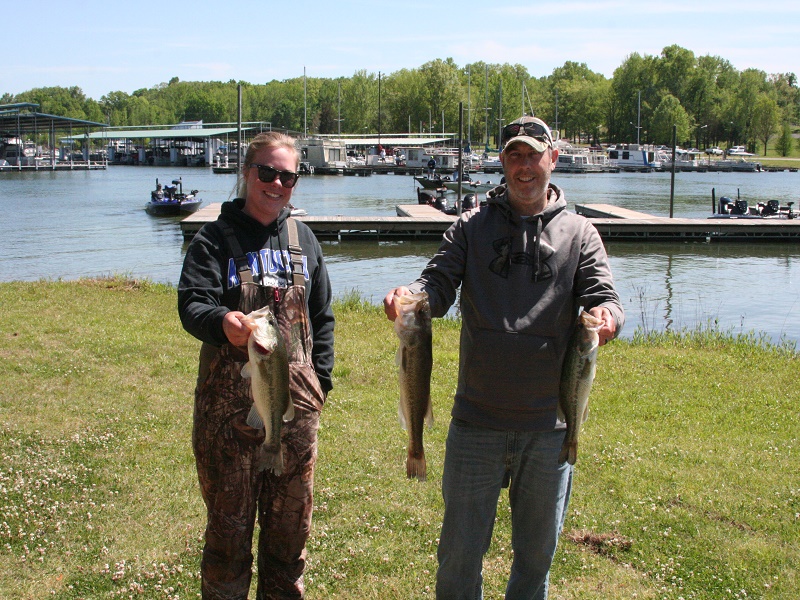 Third place went to our last tournament winners, Scott and Brandi Vanover.  They managed to bring three fish to the scales weighing 7.15 pounds.  Scott and Brandi banked $225 for their catch. They fought the wind and rollers on main lake points with a variety of baits including spinnerbaits, worms, and crankbaits.

Finishing 5th and only .01 pounds behind fourth place were Jeff and Lorie Richey with two bass weighing 6.22 pounds.  Jeff had a nice 4.06 pounder to top off their catch.

Mike and Donna Roe finished sixth with 5.54 pounds thanks to Donna’s nice 3.66 pounder.

This was the first tournament with our division for these five teams:  Ryan Kirkpatrick and Savannah Futrell, David and Amy Palmer, Anthony and Lorie Neblett, Donnie and Lila Williams, Gary and Dana Martin.  We extend a heartfelt welcome to all our newcomers and hope they return for many more tournaments.

Three teams were drawn for non-cash prizes; Booyah spinnerbaits and Strike King jerk baits:  Larry Bailey and Tammy Hoffner, Ryan Kirkpatrick and Savannah Futrell, Jay and Shari Holsapple.   We will be giving away much more in future tournaments, with some great prizes available at the last tournament of the season along with a great cookout for those fishing our series on Kentucky Lake.

We make our first trip this year to Lake Barkley for our next tournament on May 19 at Lake Barkley State Park.  Remember to bring your G-Juice and/or Rejuvenate and maybe even some ice for the livewells as the water temperature will be rising and the fish will slowly begin making their way to the ledges!  Fish are easily stressed and may die during these conditions.  We will launch at 6:00 AM and weigh-in at 2:00 PM.  We will be at the ramp for boat check and late registrations at 5:00 AM. 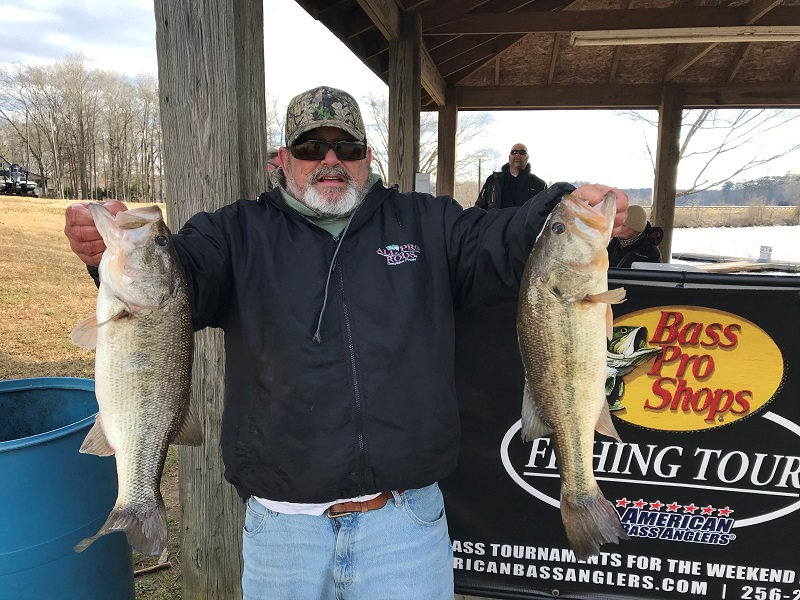