Pustizzi Takes the win on the Chesapeake 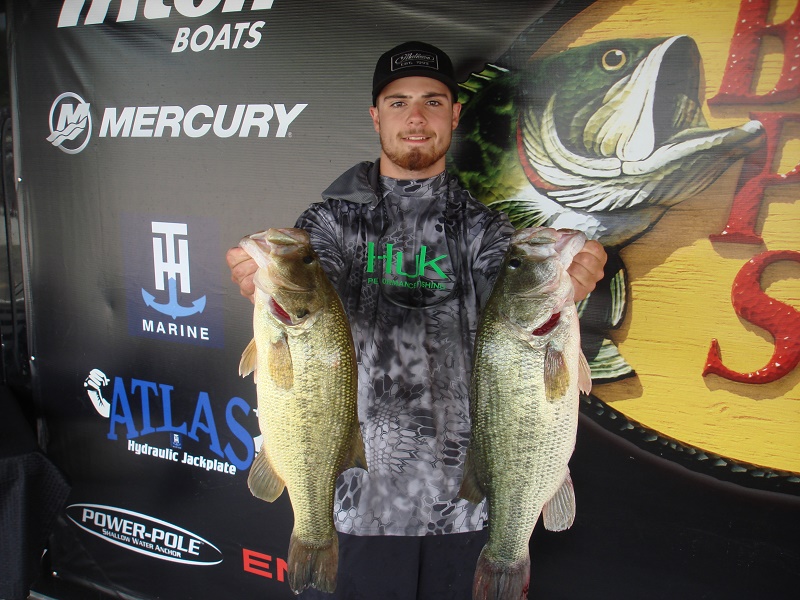 ATHENS, Ala. – Vincent Pustizzi of Pittsgrove, NJ won the Bass Pro Shops Open Series event held on the Chesapeake Bay on 6/1/19. Running out of Anchor Boats Marina in North East MD, Pustizzi weighed in a five bass limit weighing 19.97 pounds. His limit was anchored by a bass weighing 5.77 pounds. He took home a check for $2500.00 for the win.

“I caught my fish pretty much like everyone did. I was flipping grass with a jig and I had 8 bites but they were the right ones,” said Pustizzi. 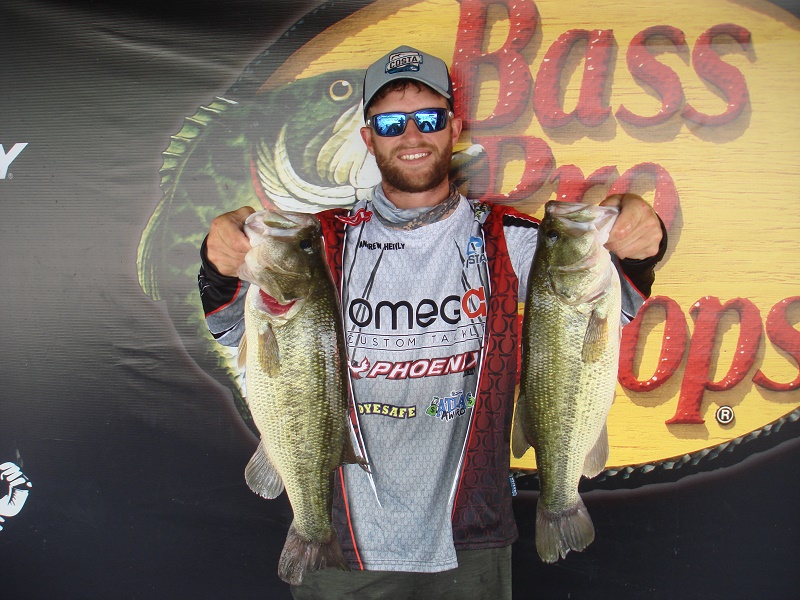 In second place for the boaters Andrew Heivly of Malvern, PA, weighed in a five bass limit weighing 19.01 pounds.

“I was fishing the outside of flats with a trap and a jig,” said Heivly. “I caught a lot of fish today, they were really chewing. I just needed one more good bite.” 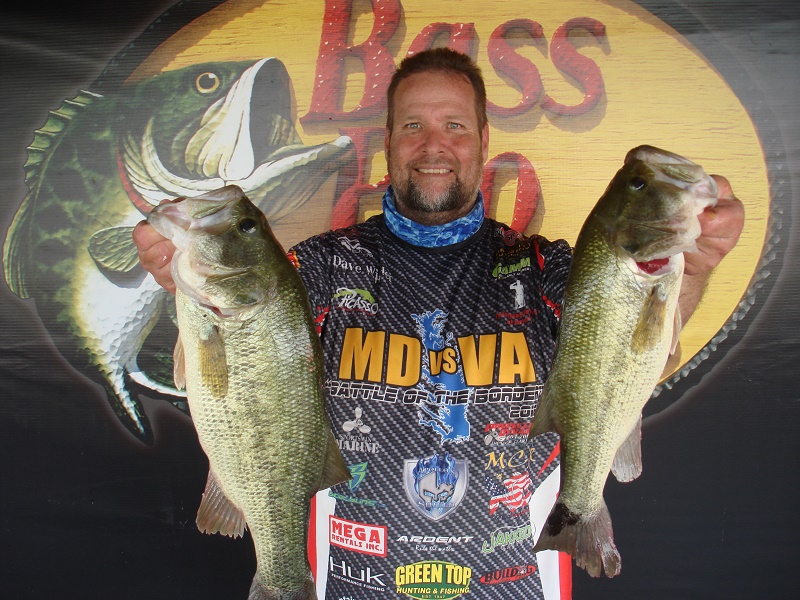 “I was fishing grass on the flats with a brush hog and a chatterbait,” said Wilder. 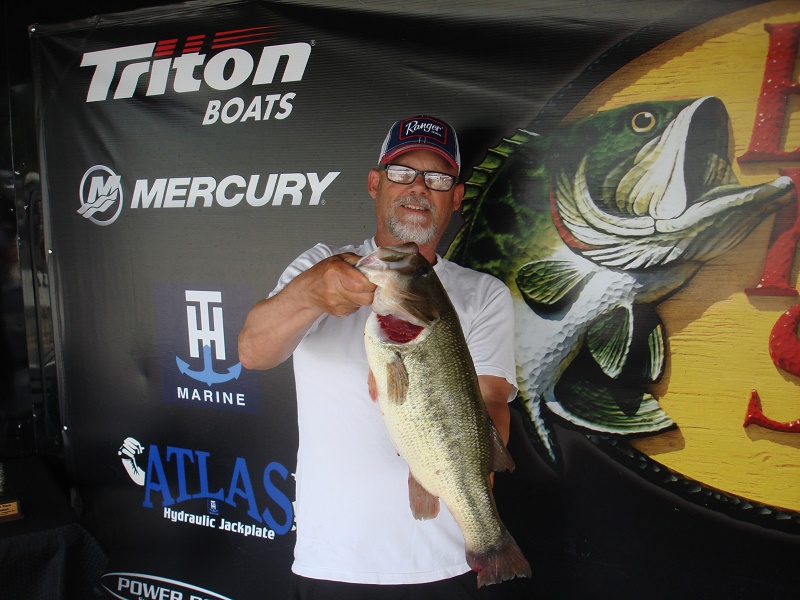 Taking boater big bass honors, Thomas Turner of Kingsville, MD weighed in a bass that tipped the scales at 5.88 pounds. Turner collected $500.00 for the bass. 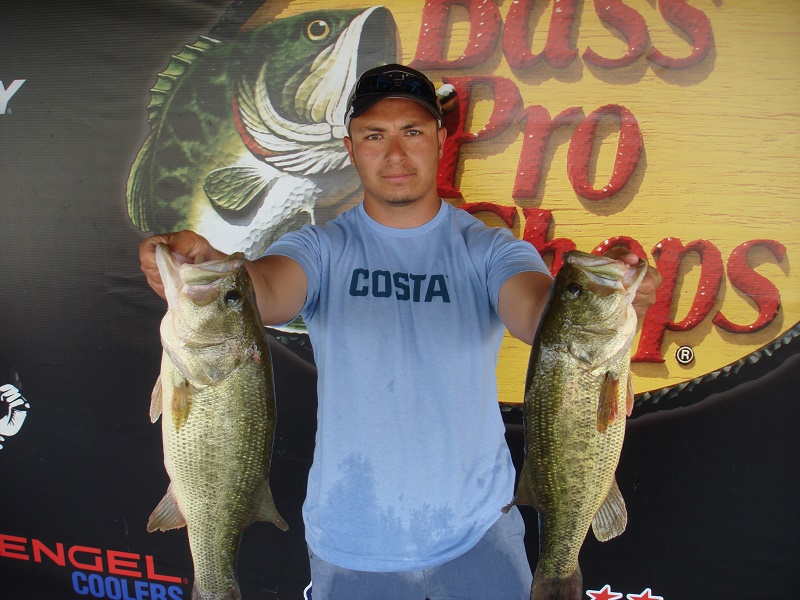 In the co-angler division Michael Duarte of Middle River, MD weighed in three bass that weighed an impressive 15.08 pounds. Duarte’s catch was anchored by a bass weighing 5.50 pounds which was the biggest bass weighed in by a co-angler. Duarte collected $1500.00 for his catch.

“I caught all of my fish today fishing grass with a homemade swim jig,” said Duarte. 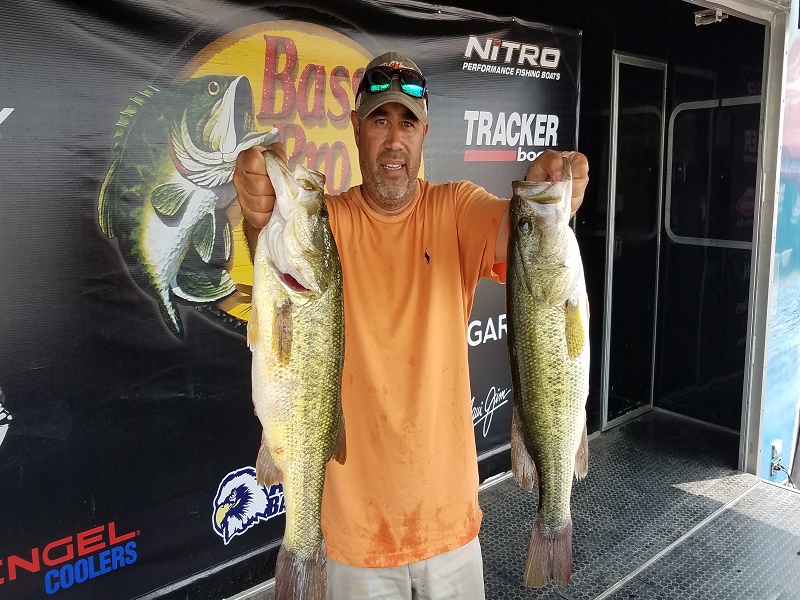 In second place for the co-anglers James Easley of Middletown, DE weighed in three bass for 12.91 pounds. His limit was anchored by a bass weighing 4.84 pounds.

“I was fishing grass today with a chatterbait,” said Easley. “They were really biting. I was culling out 4 pounders.” 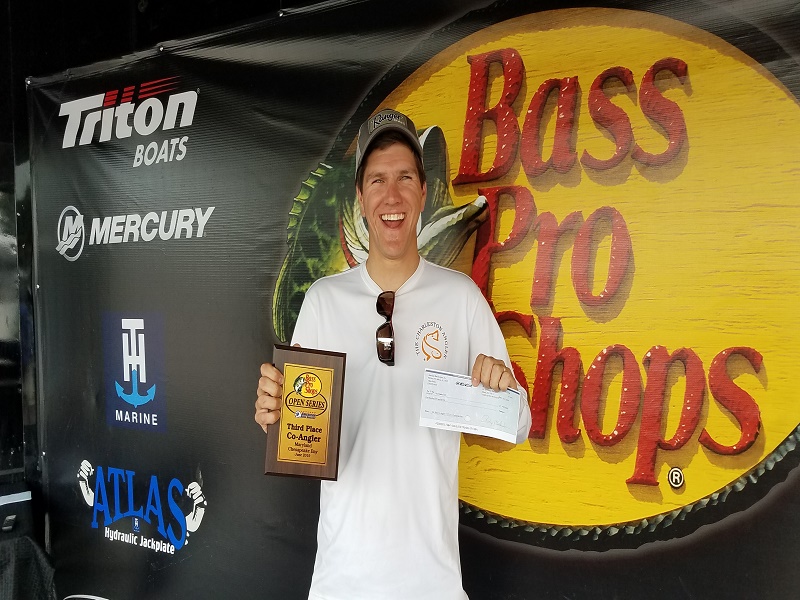 “I actually caught my three keepers today on a crankbait,” said Kimball.