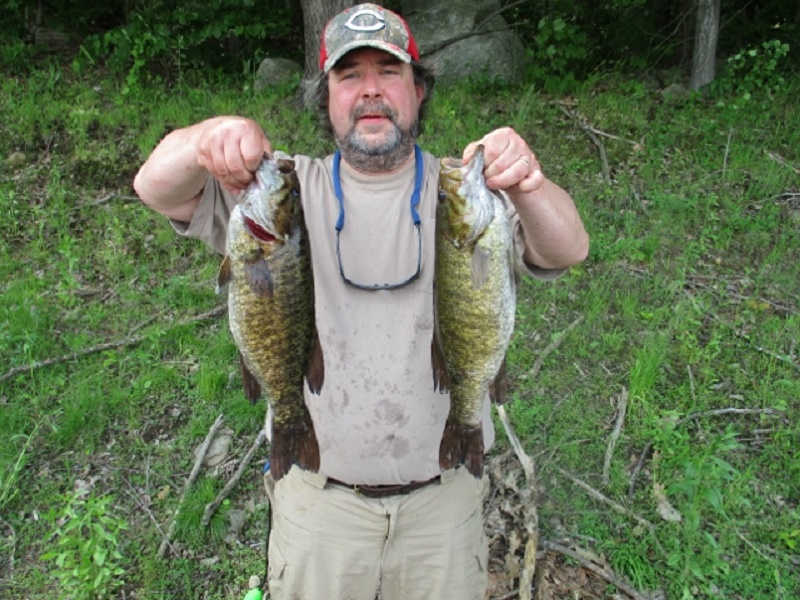 Running out of the State/Army Corps ramp landing near the town of Winsted Connecticut, the Shohola Pennsylvania angler caught his limit of smallmouth bass weighing 12.70 pounds. Included in his bag was a 4.34 smallmouth for the big bass of the tournament. Don said he caught all of his bedding fish by staying in one small cove for the entire day.  He used senko’s to catch the smaller males and lizards for his two bigger females.  For the victory he took home $490.00 in cash for both awards.

In second among the competitors Rich Holmberg from Bayport New York caught his 5 smallmouth bass limit weighing 10.10 pounds.  Rich said he too targeted bedding fish catching them all on a 2.8 inch Keitech swimbait. He pocketed $212.00 for his efforts.

Taking third place and just out of the money, AOY current leader Mark Watkins caught a 5 fish limit of smallmouth that weighed 9.04 pounds.

The next Division 6 tournament will be held at the Connecticut River Haddam launch ramp on 15 June 2019.  For more information about this Division and future events visit www.americanbassanglers.com or contact the local Director for Connecticut, Tom Dupuis at 860-987-7371 or Assistant Director Gary McClarran at 203-578-5012.