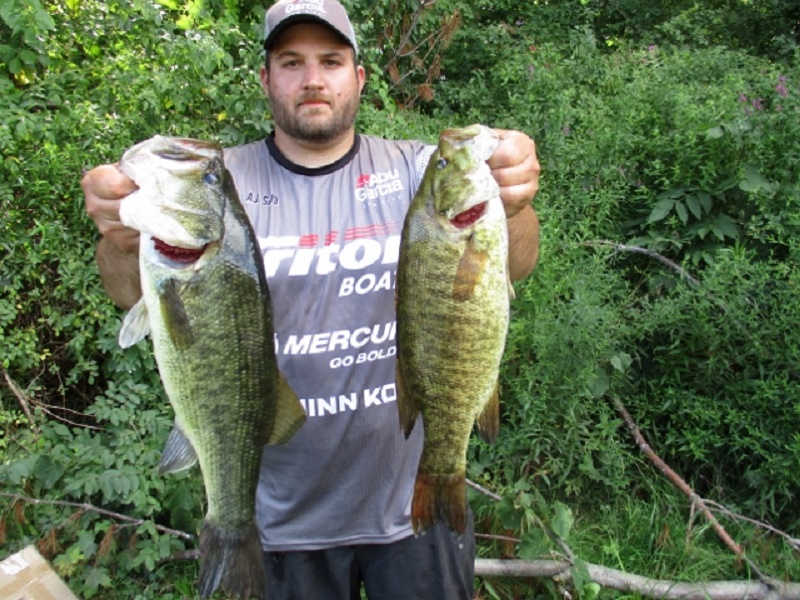 A.J Said won the two-day Bass Pro American Fishing Tour presented by American Bass Anglers, Connecticut Division 6 tournament, held on Candlewood Lake and Lake Lillinonah.  A.J. only caught 4 bass on day one and 2 more on day two, but his total weight of 15.87 pounds was good enough for the win.  He said he caught his fish mainly on Yum soft plastic craws fished in 5 to 10 feet of water. For the victory, he took home $802.00 in cash.

Placing second among the competitors, Gary McClarran’s 6 fish weighed in at 15.34 pounds. He pocketed $374.00 for his efforts.

Mark Watkins captured the big fish of the tournament with a 4.59 largemouth and he finished 6th.  In addition, his overall points throughout the season proved enough for him to earn the title of Angler of Year.

The next Division 6 tournament will be held on 4-18-20 at Candlewood Lake.  For more information about this Division and future events visit www.americanbassanglers.com or contact the local Director for Connecticut, Tom Dupuis at 860-987-7371 or Assistant Director Gary McClarran at 203-578-5012.