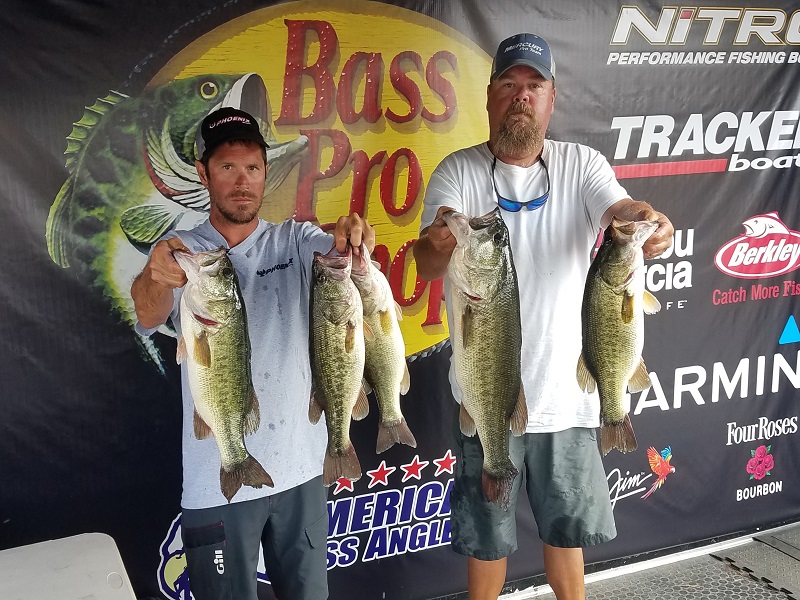 “We caught our fish flipping mats with soft plastics in 7-8 foot of water,” said Rice and Arnold.
Finishing in a very close second was the team of Seth Davis of Harrison, Tn and Brent Butler of Vonore, Tn landing 10 bass that tipped the scales 36.06-lbs.

“We used a junk fishing pattern and caught our fish on 7 different baits fishing depths from 10 to 22 feet of water,” said Davis and Butler.

Mark Pack and Scotty Webster both of Hendersonville, Tn took third with their 10 bass limit that weighed 33.70-lbs.

“We caught our fish on worms, chatter baits and frogs,” said Pack and Webster.

Coming in fourth with a 10 bass limit weighing 30.23-lbs was the team of Jeff Knight and Wesley Hedrick from Cleveland, Tn.

Tom O’ Bryant, and Buddy Wallace of Cedar Grove Tn, rounded out the top five teams with 10 bass for 29.95-lbs. 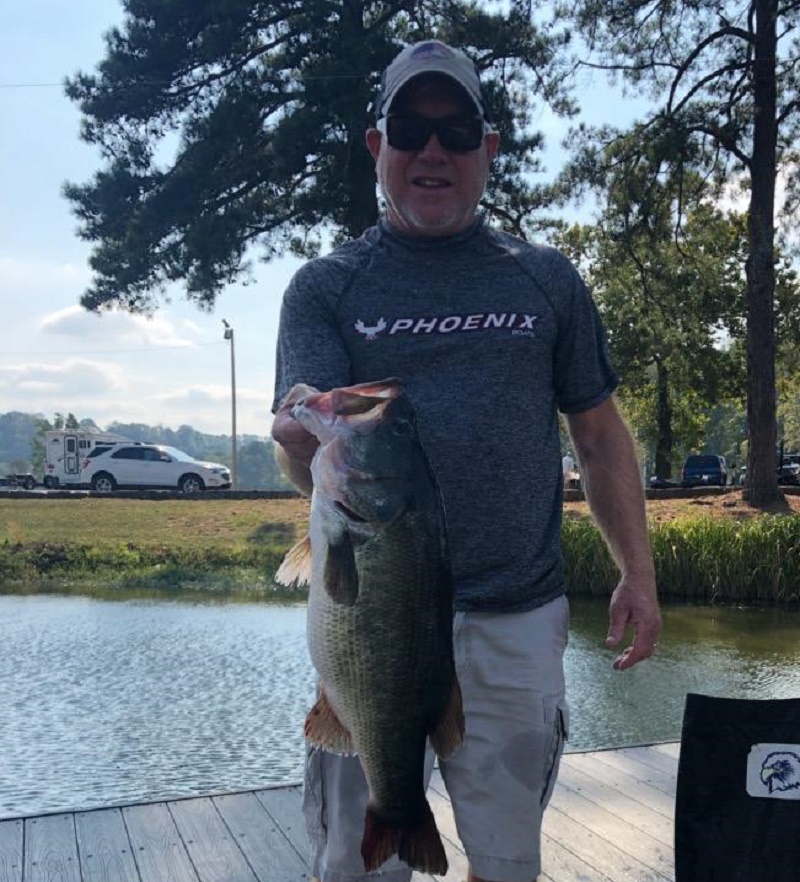 Big Bass was caught by the team of Steve Mull of Lebanon Tn. and Billy Hinson of Mt. Juliet Tn. brought in a toad weighing 8.73-lb which brought them a check for $730.00.

This brings to close the 2019 season for the teams; however, the 2020 Bass Pro Shops Team Trail schedule has been published and registration is open.  For more information on this tournament and the 2020 Bass Pro Shops Team Tail schedule, call Chris Gist, tournament manager, at 256-230-5633 or ABA at 256-232-0406 or visit our web site at https://americanbassanglers.com/Team.php