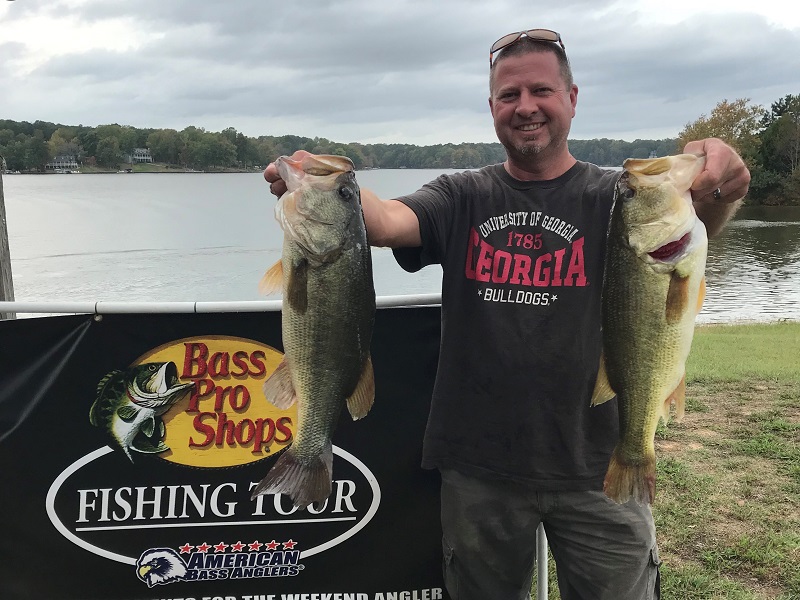 Aaron Batson of Oxford, GA took home the First-place trophy for the D72 Bass Pro Shops Fishing Tour on October 26, 2019.  There were 64 anglers competing on Lake Oconee for a total payout of $3,136 plus the optional Big Bass pot.   Aaron said the frog bite was on! He brought a 5 fish limit to the scale that weighed 18.69 pounds to secure the First place cash payout of $852.   Aaron also took home the Big Bass trophy and an additional cash of $640 with a 6.16-lb lunker.  It was Aaron’s lucky day because his number was drawn for a crisp $50 bill as part of the draw prizes at the end of the day.  He went home with $1,542 cash in his pocket for a great day on the lake! 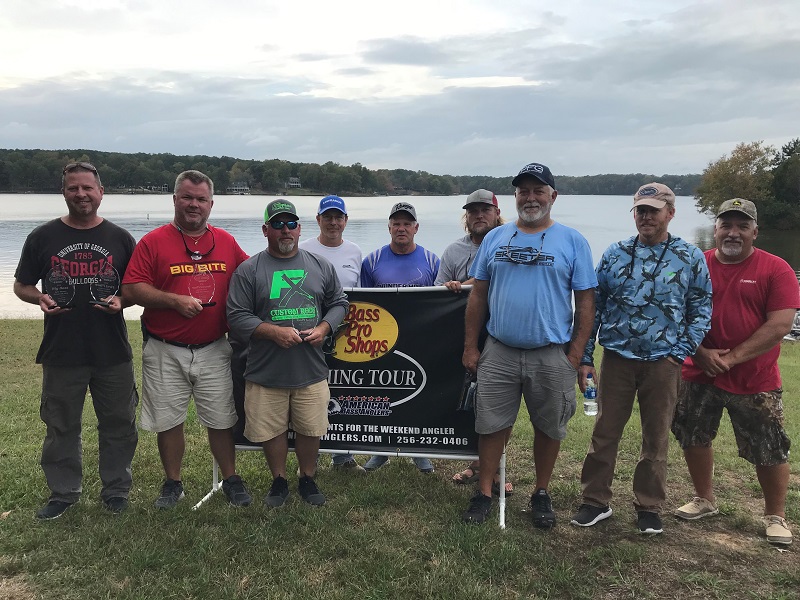 Assistant Director Danny Taylor did a great job to help keep the tournament running smoothly, checking boats, and weighing fish.   Thanks to David Simmons for helping Danny with weighing fish.

The next tournament for D72 will be November 9, 2019, on Lake Sinclair going out of Dennis Station. If you need information, please contact Director Benny Howell at 770-365-4795. 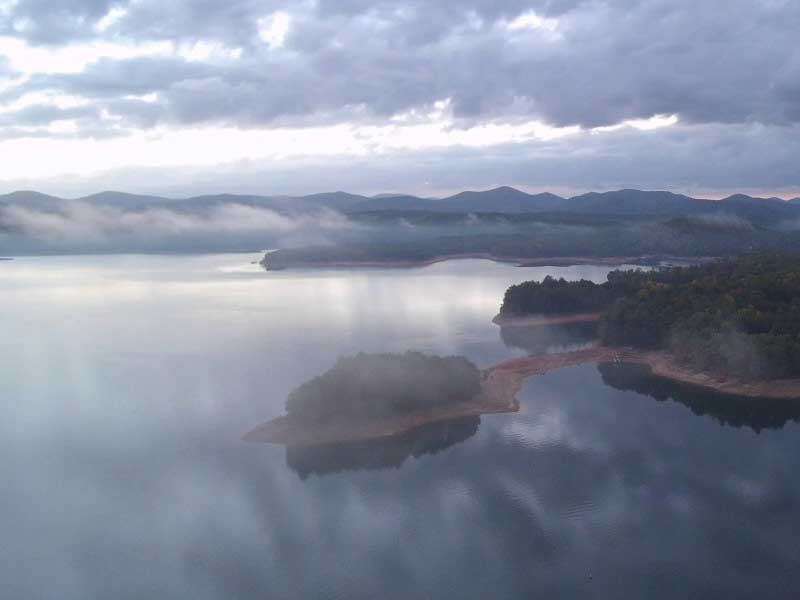