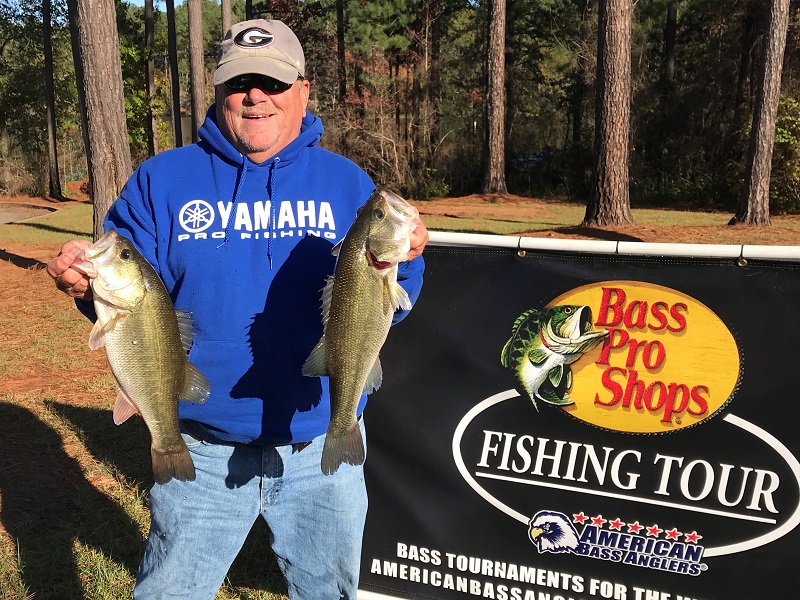 Steve Dobbs of McDonough, Ga brought the winning 5 fish limit to the scale for D72 on November 9, 2019, at Lake Sinclair for the Bass Pro Shops Fishing Tour.  His total weight of 11.40 pounds won the First-place trophy and $765 cash.   Steve secured his sack with a 3.78 pounder and won the Big Bass trophy plus additional cash of $380.   He said he caught these fish using a square bill crankbait and a shaky head.

Dave Holland won $487 cash and the Second-Place trophy for his total weight of 10.08 pounds.  Dave caught his fish in six to twelve feet of water using a spot sticker.

Six places were paid cash totaling $1,862. There were 38 anglers competing on this very cold day. Temperatures started in the low 30's and only warmed into the '50s at three o'clock.   The water level was at full pool and starting to cool as well. 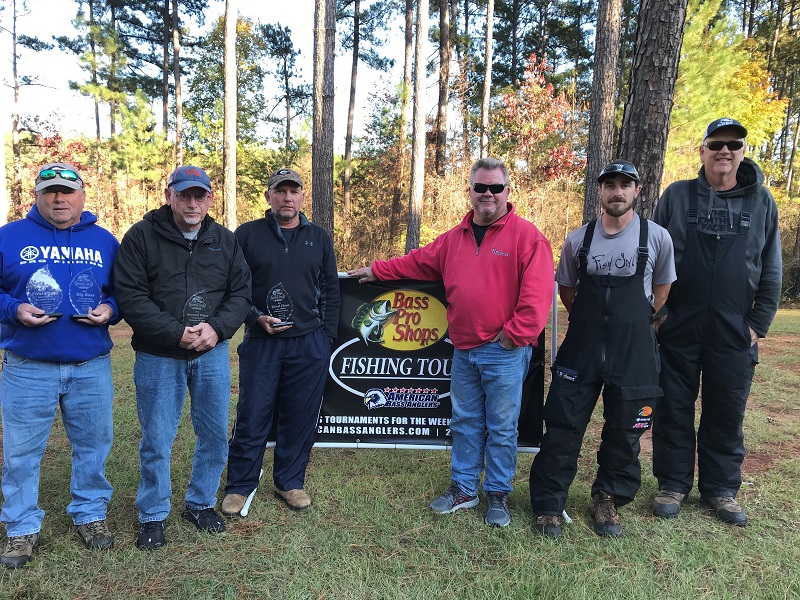 Director Benny Howell gave three $50 bills as draw prizes for the anglers present at the conclusion of the awards.  The lucky winners were Billy Beam, Scott Jeffers, and Barry Collins.  Steven King won a bottle of G Juice from TH Marine.

Assistant Director Danny Taylor did a great job to help keep the tournament running smoothly, checking boats, and weighing fish.   Thanks to Ronnie Stegall for helping Danny with checking boats.

The next tournament for D72 will be November 30, 2019, on Lake Oconee going out of Sugar Creek Marina. If you need information, please contact Director Benny Howell at 770-365-4795.