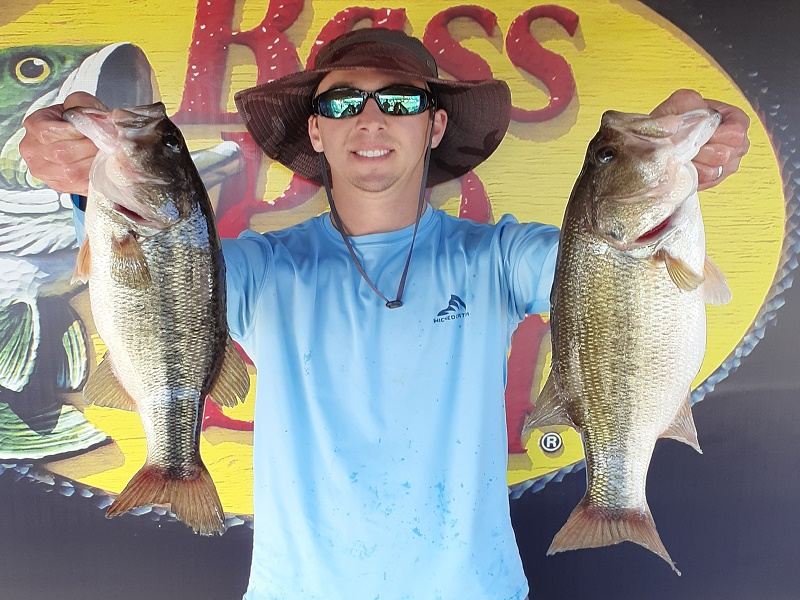 ATHENS, Al. – Taylor Odom of Flowood, MS won the Bass Pro Shops Open Series Mississippi divisional opener held February 15th on Ross Barnett Reservoir.  Running out of Tommy’s Trading Post, Taylor caught five-bass weighing 17.40-pounds. Torrential rains brought on high water conditions up-river, but due to the multi-year drawdown on Ross Barnett, the reservoir was full, and the anglers were given conditions they typically don’t see.  For the Boater Division victory, Taylor took home a check for $5000 for his win.

“I caught all my fish just junk fishing today.  I rotated the deck of the boat with all my rods.  There was no spot that was key, it was all just fishing what looked good at the time.  I ran multiple areas up-river and on the lake, throwing at whatever looked good.  Muddy water everywhere made it really hard to get bit and you had to fish really slow.  With cold water and all the rain, I think that was key.”  Taylor said.

In second for the boaters, Allen Shoemaker of Laurel, MS landed a five-bass limit going 16.58-pounds.

“Tough bite, fresh water, and muddy water.  There were some good fish in the area I was in and I just had to stay with it and push through them to get the good ones.  I culled 6 or 7 times and caught all my fish on a squarebill crankbait fishing the main lake” said Allen.

Marty Torrence of Crystal Spring, MS took third for the boaters with five bass going 12.63-pounds, anchored by a 6.74, which took home big bass honors for the boaters.

“I started the main day in some skinny water off the main lake.  I could see lots of females using my electronics.  I had spotted them the day before and worked that area for a couple of hours with no success.  I started there this morning just to pass the time in hopes of the bigger bite turning on.  I could see a large school suspended off some structure and could only get bit once in a while.  These fish were really pale when I caught them, no color at all.  As big as they were, they were very lethargic and didn’t put up much of a fight at all.” Marty said.

Finishing fourth, Joshua Cameron of Meridian, MS landed a five-bass limit for 12.48 pounds. Kevin Daniels of Meridian, MS rounded out the top five boaters with only three fish at 12.09-pounds. 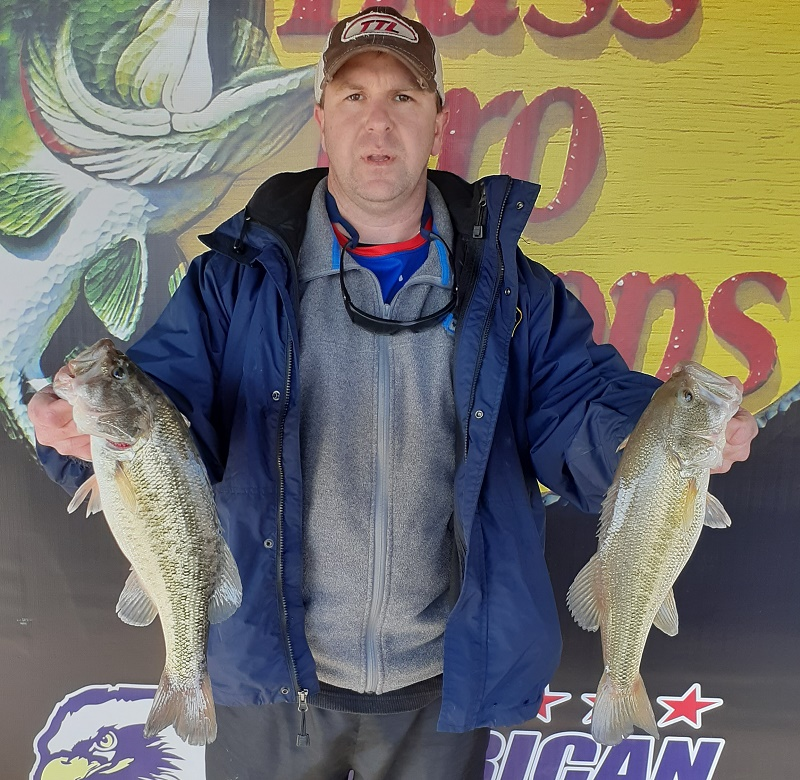 In the Co-Angler Division things were much more difficult under these brutal tough conditions, it was extremely difficult. Kris McCarter of Pheba, MS won with only two bass weighing 4.65-pounds.

“This was my first win so I’m very excited, especially under these conditions.  The weather was cold this morning but it warmed up nicely.  We didn’t make a long run to start the day.  We were off the main river on a flat in about 3-6 feet of water.  I caught my first fish around 9 and my second fish around 12.  I used everything in my bag but only had those 2 bites.” McCarter said.

Slated for March 21st, the next tournament will be back on Ross Barnett out of Madison Landing.  At the end of the season, the best anglers from across the nation advance the 2020 Ray Scott Championship to be held at Lake Hartwell in April 2020.