Running out of Topper’s near Wagoner, OK., Lonnie brought back 5 fish that locked in the scales at 16.01 pounds anchored by a 5.06 pound kicker. 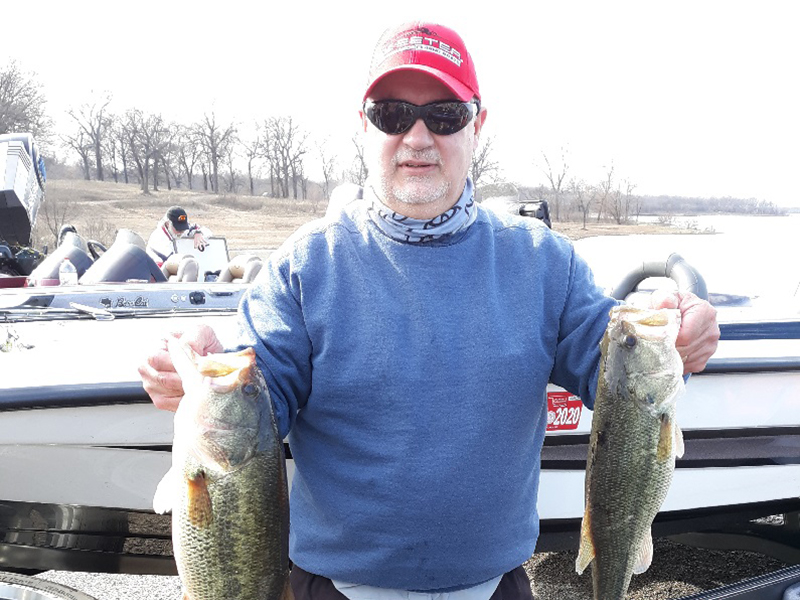 Second place was claimed by Michael Luby with 4 fish and a total weight of 13.76 pounds with a 6.02 pound Big Bass.

The next tournament in Division 57 will take place on March 28th launching from 3 Forks Marina on the Arkansas River.