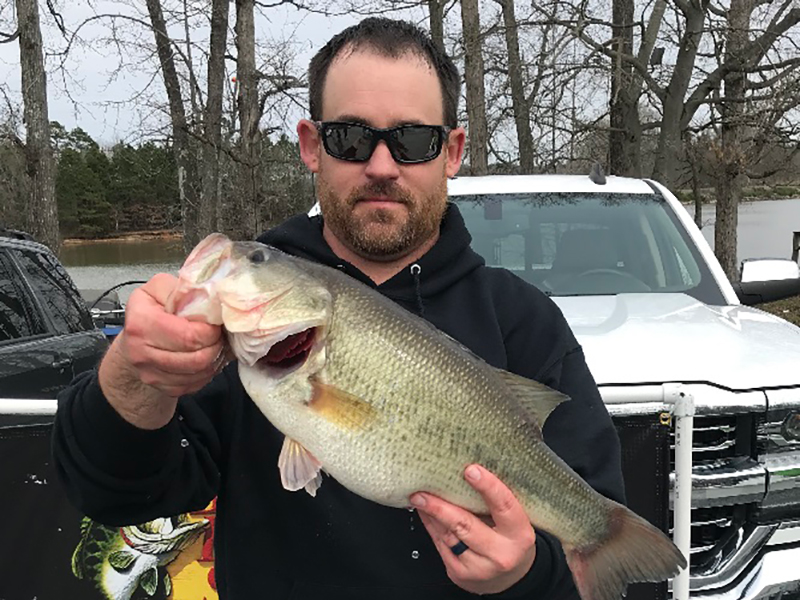 Running out of Southmont ramp near Lexington, NC., Kevin Thomas brought back 5 fish that locked in the scales at 19.86 pounds anchored by a 5.81 pound kicker.

Kevin reported catching the majority of his fish on a shakey head worm in the Second Creek area.

Second place was claimed by Robert Mixon with 5 fish and a total weight of 18.42 pounds.

Chris reported catching his fish on a shallow running crankbait on rocky banks.

The Biggest Bass of the tournament was caught by Matthew Stark. His fish locked in the scales at 6.00 lbs. 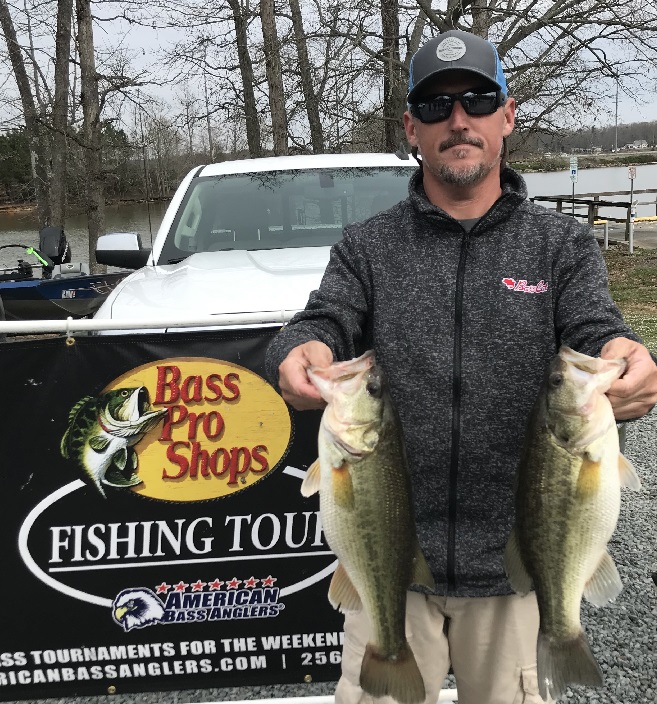 The next tournament in this division will take place on April 4th,2020 launching from Hagar Creek Access.