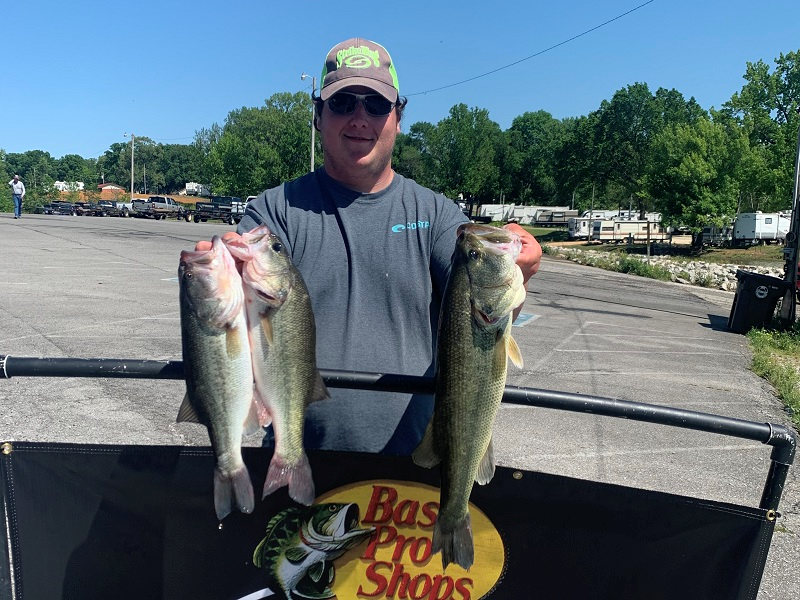 On a record setting cold May 9th morning 18 anglers launched from Lucas Harbor ramp in New Johnsonville, TN. Only two anglers brought a 5 fish bag to the scales in the afternoon.   One angler was Graidon Hensley from New Johnsonville, TN.  This young man who was fishing his first ABA Division 40 tournament brought in 5 fish topping the scales at 15.01 lbs. This weight anchored by the big fish of the tournament gave Graidon first place. His first-place winnings were $500. His 5.65 lb. big fish of the tournament also netted him $180.

The next tournament in this division will take place on May 16 launching from New Johnsonville.