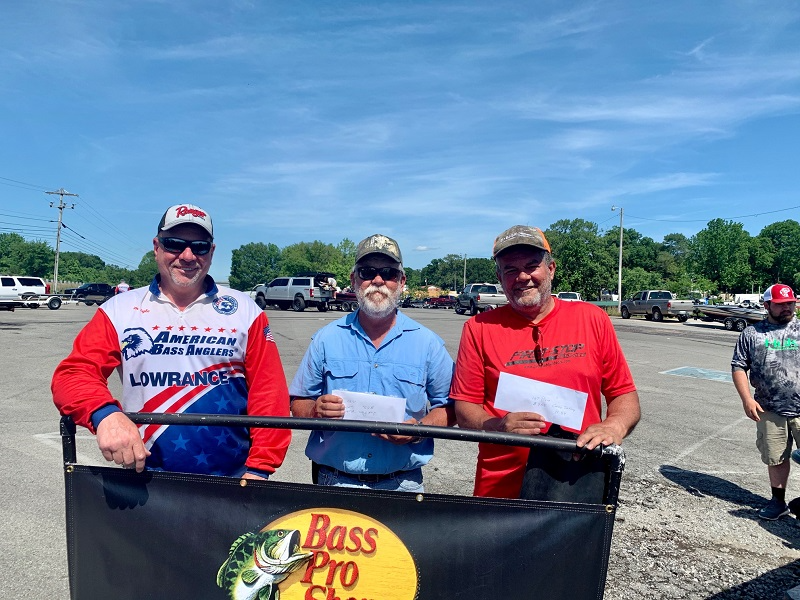 On May 30 & 31 2020 the Bass Pro Shops Fishing Tour Division 40 tournament presented by American Bass Anglers was held on Kentucky Lake out of the New Johnsonville ramp. Seventeen of the anglers who had qualified to fish the two-day tournament found a tough bite this weekend. No limits were brought to the scales either day.

Congrats to Greg Salley of McEwen, TN for taking the two-day win. Greg only brought one fish to the scales the first day which weighed 2.58 lbs. but his second day weight for three fish of 3.66 lbs. took him to first place. His two-day total was 11.24 lbs. Greg took home $956 for first place.

Buddy Wallace was consistent for both days bringing in 2 fish on the first day weighing 4.66 lbs. and 3 fish on day two weighing 5.73 lbs. Buddy took second place with a two-day total of 10.39 lbs. This finish netted him $536.

Tim Lyle only brought in one fish each day to the scales but they were both good fish. He had big fish for each day. On day one he had one that weighed 4.54 lbs. and on day two his fish took big fish of the tournament weighing 4.82 lbs.  Tim had a total of 9.36 lbs. which gave him third place for the two-day tournament and $172.  His big fish on day two also netted him $170 also.