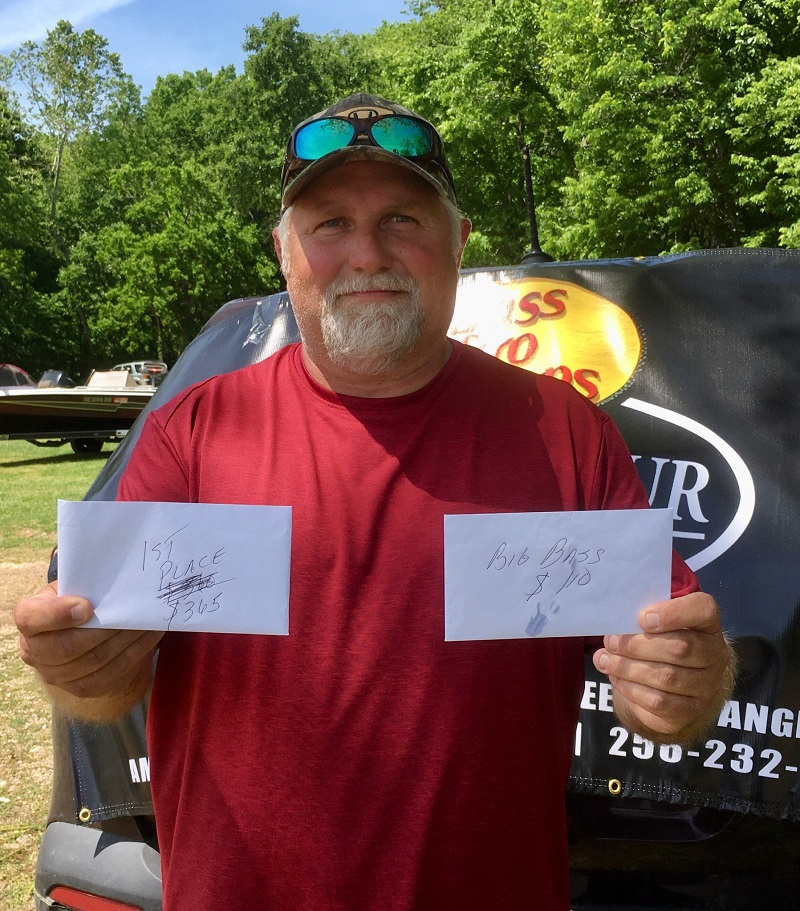 Anglers competing in American Bass Anglers’ Division 65 tournament trail were eager to get back on the water after the cancellation of two tournaments due to the 2020 Covid-19 pandemic.  The May 23, 2020, tournament was moved to Lake Eucha near Jay, OK, which was good to local angler Dirk Woods of Miami, OK, as he was able to bring in 4 fish to the scale weighing a total of 10.04 lbs.  Woods also received “Big Bass” honors weighing a 4.68 lbs beautiful, mama bass.