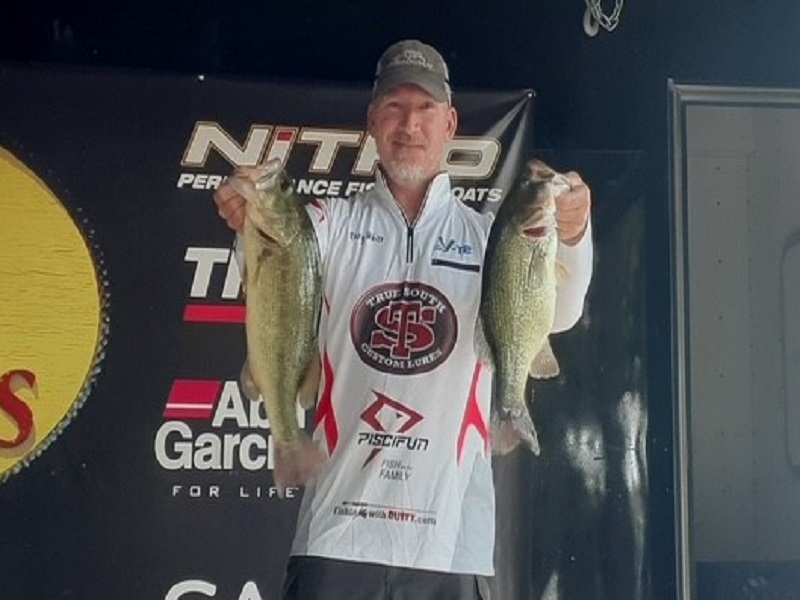 The Alabama North and Mississippi division of the Bass Pro Shops Open Series came together for their two-day championship on Lake Pickwick in Florence, AL.  47 boaters and 41 Co-Anglers hit the water to try and seal their way into the 2021 Ray Scott Championship.  Running out of McFarland Park, Rusty White Jr of Soddy Daisey, TN brought back a five fish limit on day one that went to the scales for 14.53-lbs.  On day-two Rusty brought back another five-fish limit that locked in the scales at 16.26-lbs anchored by a nice 4.48-lb largemouth.  His two-day total was 30.79-lbs earning him the first-place finish and a check for $3,600.

“I just kept my head down and my bait in the water,” said White.  “I threw a RW Series Vtwin buzz bait by True South custom lures, that’s the only lure I used the entire weekend.  I was using a Piscifun Spark reel with an 8-1-1 gear ratio.  My trolling motor batteries went down both days, but I was able to nurse it and just kind of roll with the current.”

Second place was claimed by Jade Keeton of Killen, Al with a two-day total weight of 30.54-lbs.  For his efforts, Jade to home a check for $1600.

“I mainly targeted current breaks in the head waters below the dam with a square bill crank bait.  Whenever that slowed down, I would look for schooling fish and throw a fluke, that worked better Sunday.  I was a little disappointed I couldn’t get that last fish to fill my limit Saturday, but that’s fishing,” said Keeton.

Coming in third for the boaters was Gary Singleton of Dickson, TN with a two-day total of 28.52-lbs.  Gary also landed the biggest fish of the tournament for the boaters, a chunky 5.99-lb fish.  For the third-place finish he took home a check for $1,200 and that big fish earned him an additional $480.

“I threw top water all weekend, a whopper plopper and a walking bait.” Said Singleton. “I was down river about 15 miles, I had enough bites and blow ups to win the tournament I just couldn’t get them in the boat.  I caught that big one on a walking bait.”

Fourth place was Greg Lamb of Birchwood, Tn with a two-day total weight of 27.53-lbs.  Rounding out the top five was Benjie Seaborn of Guin, AL with 24.57-lbs. 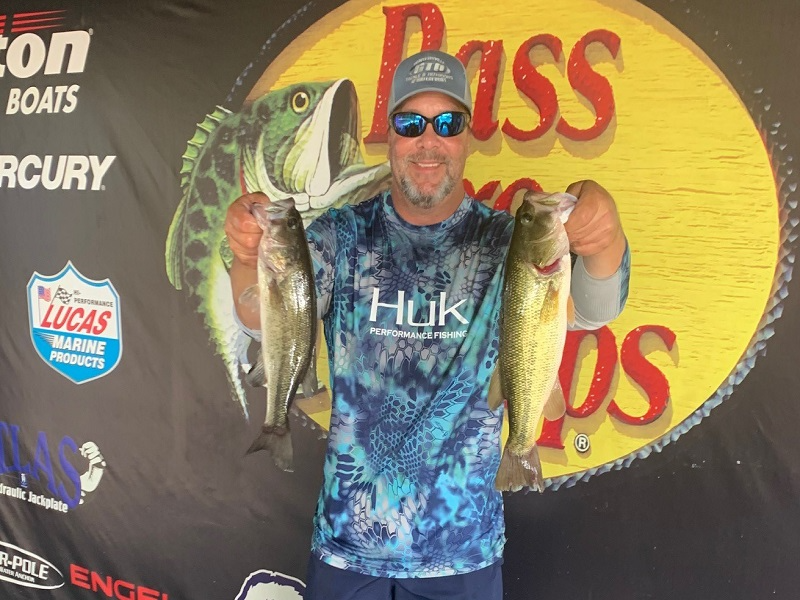 On the Co-Angler side Mike Young of Suwanee, GA took first place with a two-day total weight of 14.82-lbs.  He also landed the biggest fish for the co-anglers with a nice 4.60-large mouth.  For the first-place finish he took home a check for $1.750, that big fish earned him an additional $195.

“The first day we stayed around the mid lake area, and I caught my fish on a Stanley Ribbit.  The second day we went all the way to TN, and I caught one on the ribbit.  We made the run back to AL and I caught my final two fish that pushed me over the top on a shaky head.  I must give thanks to my boaters Brian and Taylor, they really put us around a bunch of good fish,” said Young.

Second place for the co-anglers was Roy Galbraith of Guin, AL with a two-day total of 12.85-lbs.  For his efforts, he took home a check for $900.

“I caught most of my fish on top water in grass Saturday.  Caught around 20 keepers that first day and it was a blast.  Sunday was a lot tougher; I was throwing a rattle trap and couldn’t pick up that third fish I needed,” said Galbraith.

Third place was claimed by Ricko Roberts of Newton, MS with a two-day total weight of 12.45-lbs.  He took home a check for $600.

“Man, this is a trip I will never forget,” said Roberts. “Saturday threw a bone colored whopper plopper and a sexy shad.  I saw so many fish, they were blowing up on the baits and literally jumping out of the water and over the bait, big fish too.  The second day wasn’t as productive, I was fishing a spinner bait in the sexy shad color with a silver willow blade, and a Jack Hammer chatter bait. I only caught two Sunday, but they were good enough to land me in third.”

After the dust had settled and the all the points were tallied, each division had a new Angler of the Year.
In the Alabama North Division, Kent Keyes took AOY for the boaters, and David Marr took AOY for the co-anglers.

The top 10 anglers from each division in points and the top 5 boaters and co-anglers from the two-day regional will advance to the Ray Scott Championship in April 2021 on Lake Chickamauga.