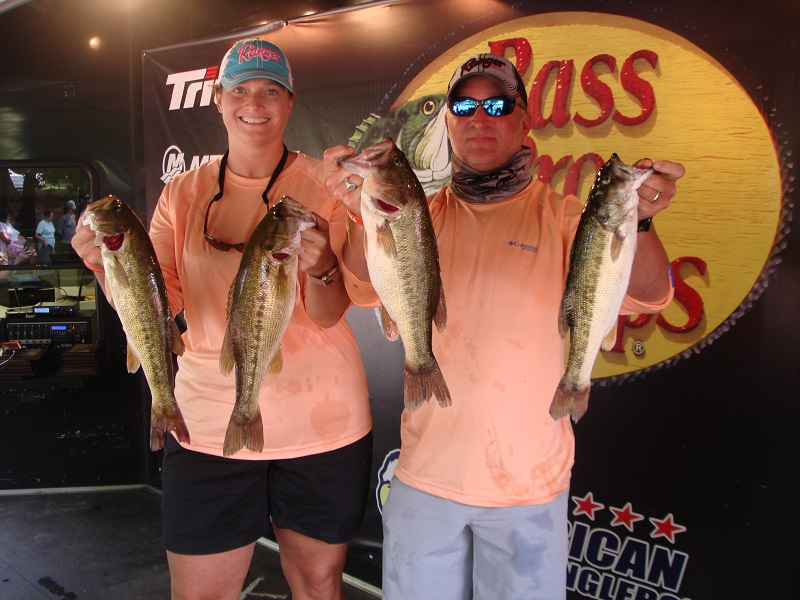 “We caught our fish both days on swimbaits. We stayed within 2-3 miles of South Cove the entire tournament. We tried to stay on the wind-blown sides of rocky islands and shoals, maybe a few points here and there. Today (day 2) we lost two 4-pounders at the boat around 2pm. We are glad to get this win on our home water.” Smith said. 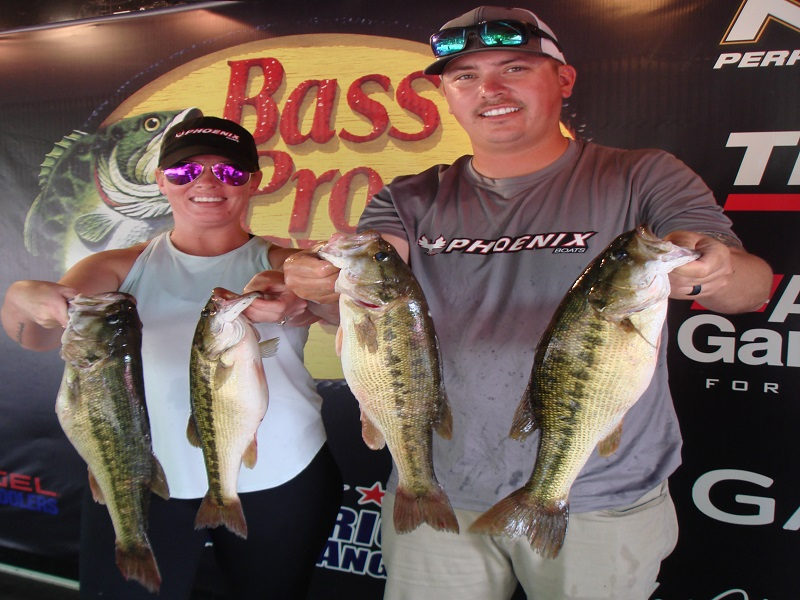 “We fished clean both days. We caught our fish both shallow and deep, but the majority of the fish came offshore. We fished the south end of the lake throwing topwater baits like whopper-ploppers.” Kimbrell said. 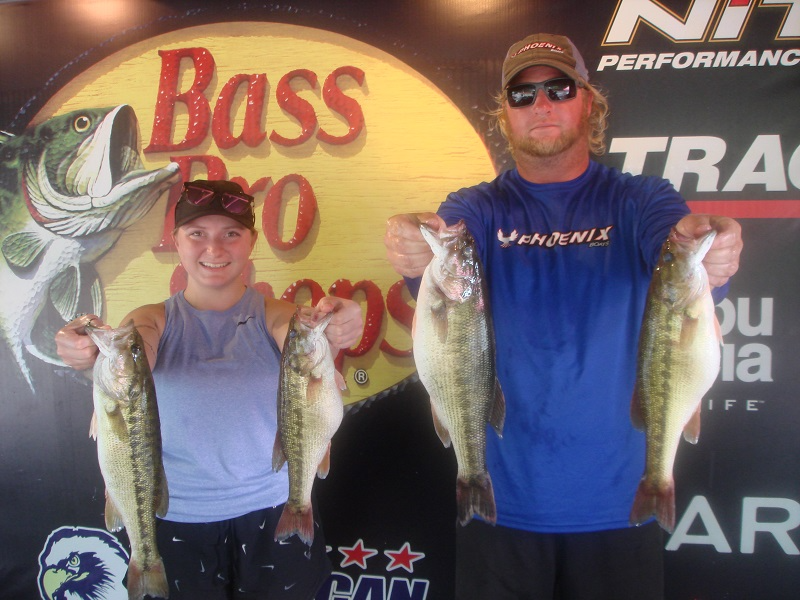 “We lost a few fish that might have helped but we didn’t get to see them. It just wasn’t our week, but we are happy for the Smiths and the Kimbrells on their finishes. We caught most of our fish on a Damiki-rig, jerkbait, and a few on a swimbait. Shianne caught our biggest fish of the tournament.” Anders said 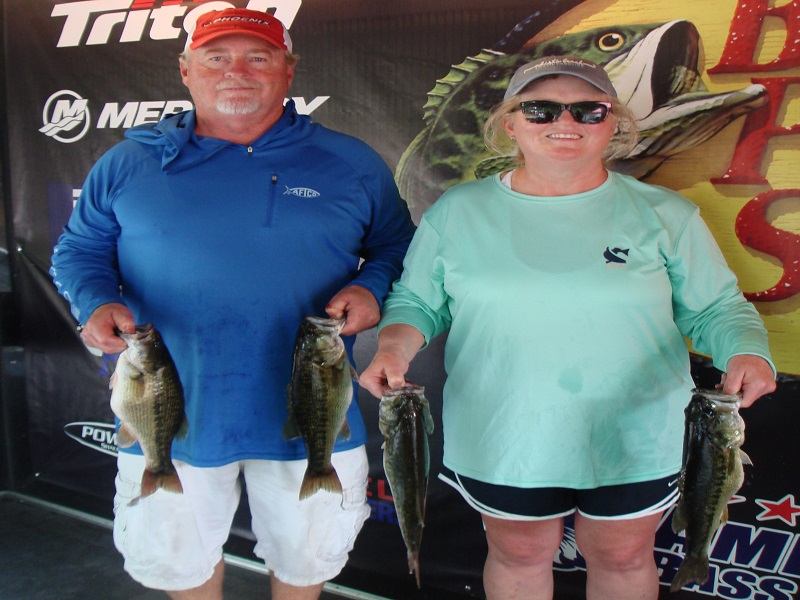 In fourth place the team of Scott Reeves of Easley, SC and Robin Smith of Piedmont, SC weighed in a two-day total of ten bass for 22.10 pounds.

“We caught our fish on both days on topwater from one end of the lake to the other.” Reeves said. 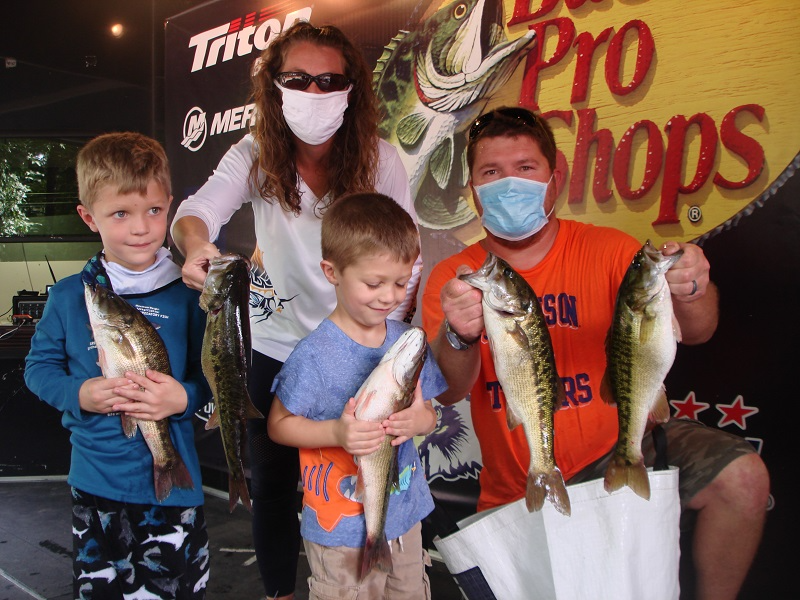 Rounding out the top five the team of Bo and Jessica Price of Seneca, SC weighed in a two-day total of ten bass for 20.13 pounds.

“We caught our fish as well on swimbaits with treble hooks. Jessica had to work on day one so by myself I was able to catch 7.49 pounds and on day two, with her in the boat we caught 12.64 pounds together. She caught two 3-pounders on one cast, and I was able to get those fish in the net.” Price said. 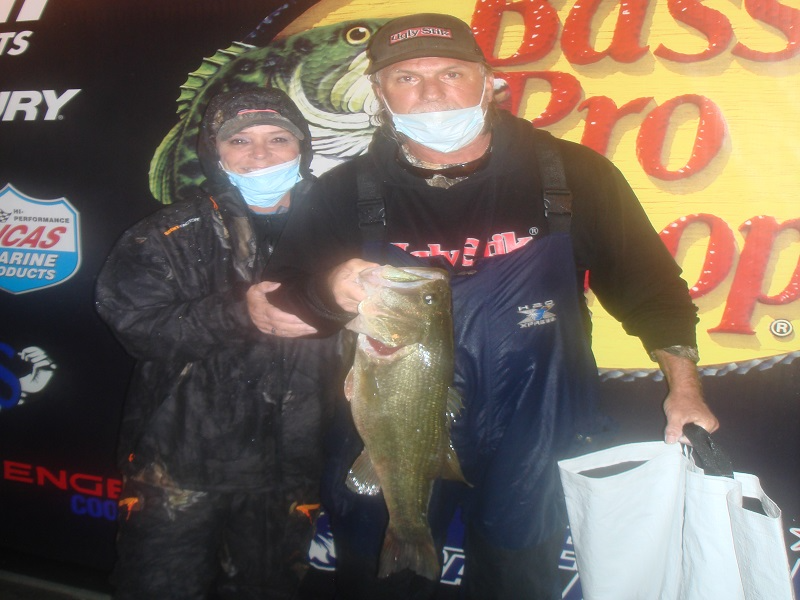 The overall largest bass of the event for the men went to William Hunter of Anderson, SC for a 6.03-pound largemouth that was caught on day one.

“I caught that big bass on a 1/4oz bitsy flip throwing on laydowns on a bluff wall around 11am. It was exciting!” Hunter said. 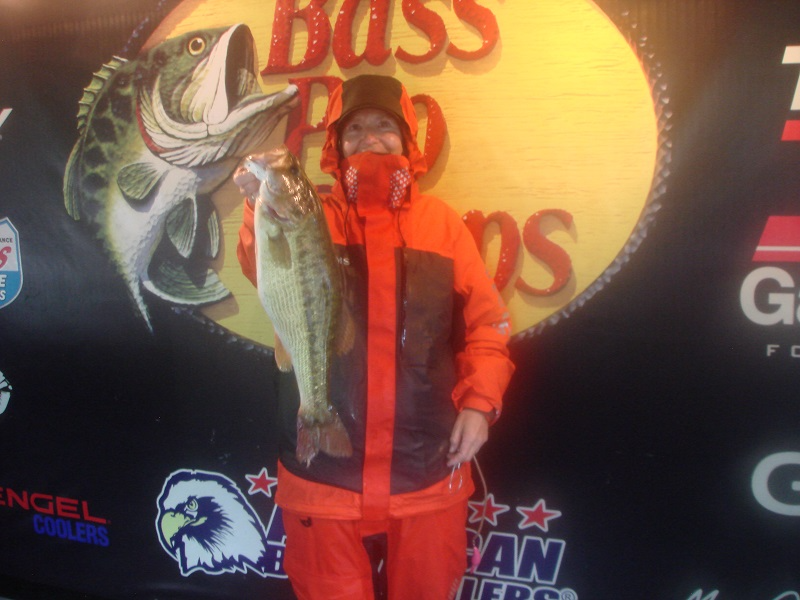 The largest bass for the women went to Joyce Howell of Union Point, GA for a big bass that weighed 4.24-pounds that was caught on day one as well.

“I caught that big bass on my third cast of the morning throwing a topwater bait. I think Benny was quite surprised when I said, “Get The Net”.” Howell said

In a rare tie for the 2020 season, the teams of Bryan and Sharon Waddell of Taylors, SC and Roger and JoAnn White of Newnan, GA won Anglers of the Year. Each team will receive five free entries for the 2021 season and a Power Pole shallow water anchor for their titles.