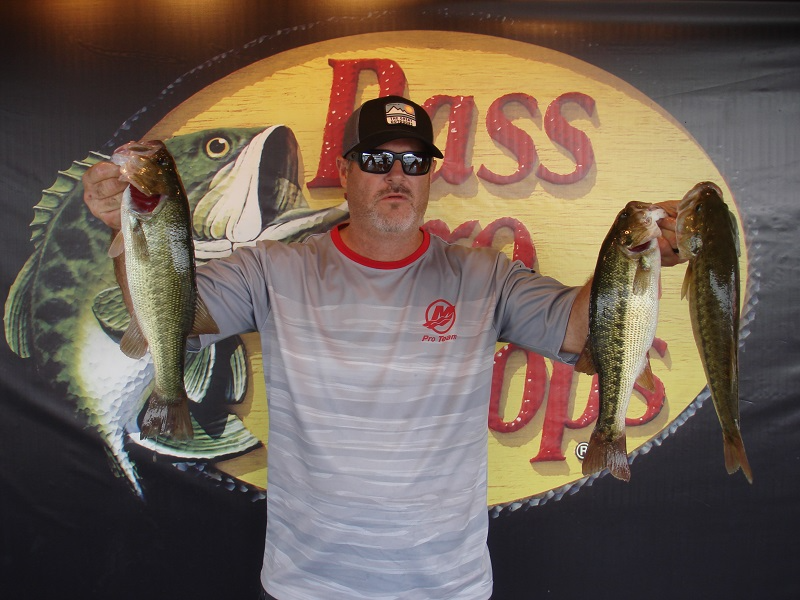 ATHENS, Ala. – Jason Wilson of Lincolnton, NC, won the Bass Pro Shops Open Series area championship between the North and South Carolina divisions on Lake Wylie. Running out of Buster Boyd park in Clover SC, Wilson weighed in a day one five-bass limit weighing 10.60 pounds. Going into day two with a slim .02 ounce lead over second-place, Wilson weighed in four bass on day two weighing 7.91 pounds for a two day total of 18.51 pounds to secure the win and a check for $3400.00.
This was probably the toughest tournament I have ever won, said Wilson.

I just don’t know what’s going on with these fish. On day one, I caught one on a topwater bait and the rest on a jig. Today I caught two on topwater and two on a jig.

Taking second for the boaters, Joshua Cody Hoyle of Rutherfordton, NC, weighed in two five-bass limits weighing 17.57 pounds."I caught my fish just on luck", said Hoyle. I was fishing a jig around rip rap for both days.

Taking third for the boaters, Chad Poteat of Mt. Airy NC weighed in a two-day total of 16.21 pounds.   "I’m a shallow-water fisherman" said, Poteat. "I was just junk fishing with a Texas rigged worm and a buzzbait".

The boater big bass honors went to Phillip Johnston, who weighed in a bass that tipped the scales at 4.00 pounds. Johnston took home $330.00 for his bass. 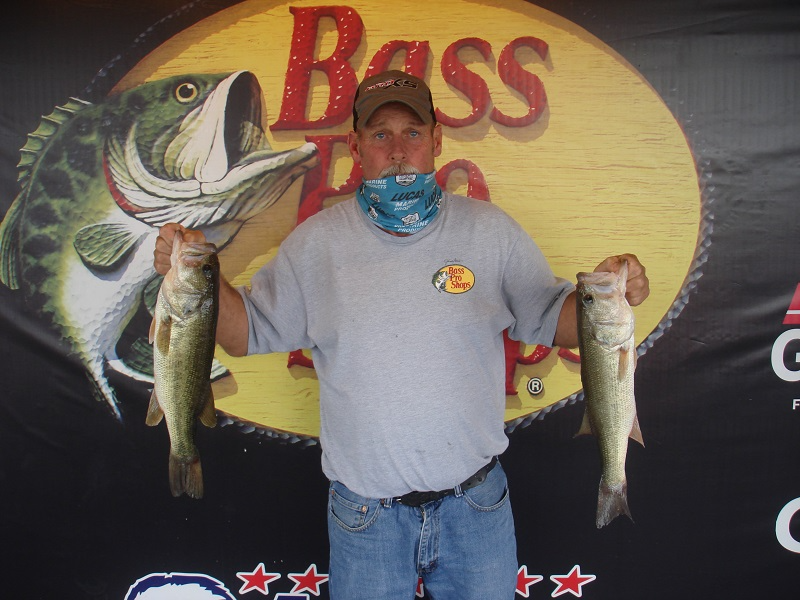 In the co-angler division Steve Cannon of Wilkesboro, NC, weighed in a three bass limit on day one, weighing 7.46 pounds. Going into day two with the lead, Cannon weighed in two more bass weighing 3.79 pounds giving him a two-day total of 11.25 pounds securing the win. Cannon collected $1600.00 for the win. "I was just fishing whatever structure my boater would stop on. I caught my fish both days on a jig, and a spinnerbait said", Cannon

In second place for the co-anglers, William Pontius of Sugar Hill, GA, weighed in a total of five bass with a two-day weight of 9.67 pounds.

"I caught five keepers, and all came just dragging a shakyhead" said, Pontius.

Taking third for the co-anglers, Jackie Belt of Fountain Inn SC, weighed in a three bass limit each day with a total weight of 9.59 pounds.

Co-angler big bass honors went to Richard Mitchell Jr. of Appling GA, with a bass that weighed in at 3.88 pounds. Mitchell took home $145.00 for his bass.

The top 10 anglers from each division in points and the top 5 boaters and co-anglers from the two-day championship will advance to the Ray Scott Championship in April 2021 on Lake Chickamauga in Dayton, TN.