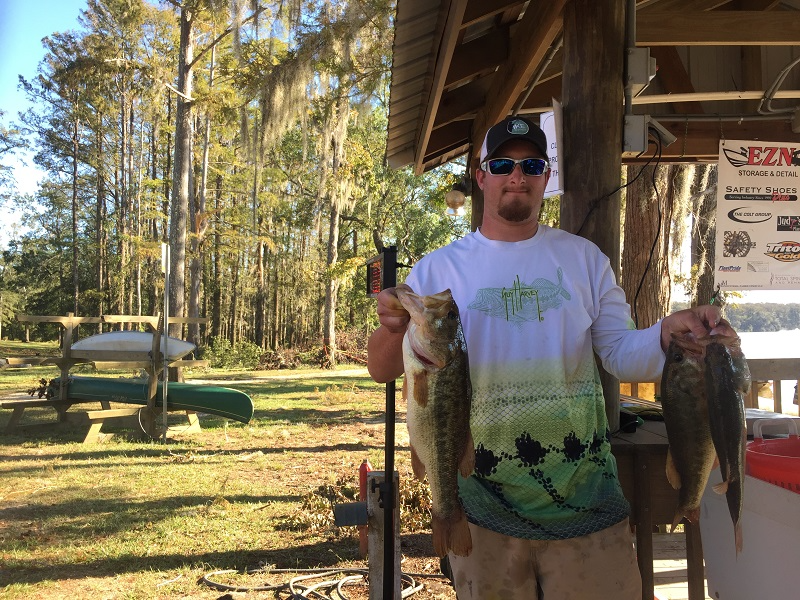 October 31, 2020, Mobile, AL.  Fourteen anglers launched from Live Oak Landing near Stockton, AL.  Nine of those anglers brought back five-fish limits to the scales, but when the scales closed Eric Allen from Robertsdale, AL took the victory with 11.77 pounds.  For the win Allen took home $406 in prize money.

Second amongst the competitors was Tommy Parker with five that locked in the scales at 9.44 pounds.  For his efforts he took home $200 in prize money.

Third place was claimed by Michael Hardin with five and a total weight of 8.72 pounds.  For his efforts he took home $79.

The Biggest Bass of the tournament was caught by Billy Danielson.  His fish locked in the scales at 4.38 pounds earning him $60 in prize money.

The next tournament in this division will take place on November 21, 2020 launching from Live Oak Landing near Stockton, AL.  Please call the local director Barry Woodward at 251-423-0753 on the Thursday before the event to confirm the launch site.