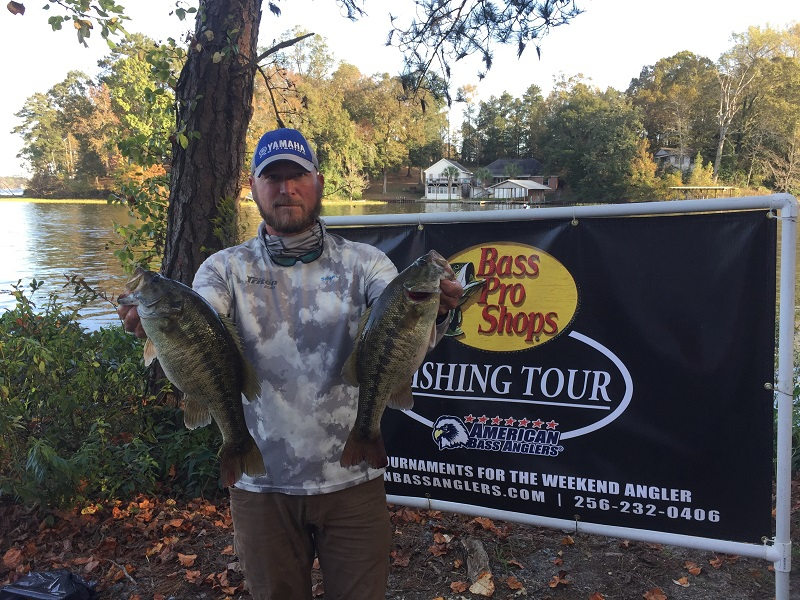 November 14, 2020, Wetumpka, AL.  Eighteen anglers launched from Bonner’s Landing Boat Ramp near Wetumpka, AL, but when the scales closed Daniel White from Prattville, AL took the victory with five fish weighing 13.15 pounds.  White also caught the Biggest Bass of the tournament.  His fished locked in the scales at 3.79 pounds.  For his efforts he took home $500 in prize money plus another $90 for Biggest Bass.

Second amongst the competitors was John-John Havard with 5 fish that locked in the scales at 11.32 pounds.  For his efforts Havard took home $288 in prize money.

Third place was claimed by Kevin Revay with five fish and a total weight of 9.14 pounds.  For his efforts he took home $94.

The next tournament in this division will take place on December 5, 2020 launching from Cooters Pond Park boat launch on the Alabama River near Prattville, AL.