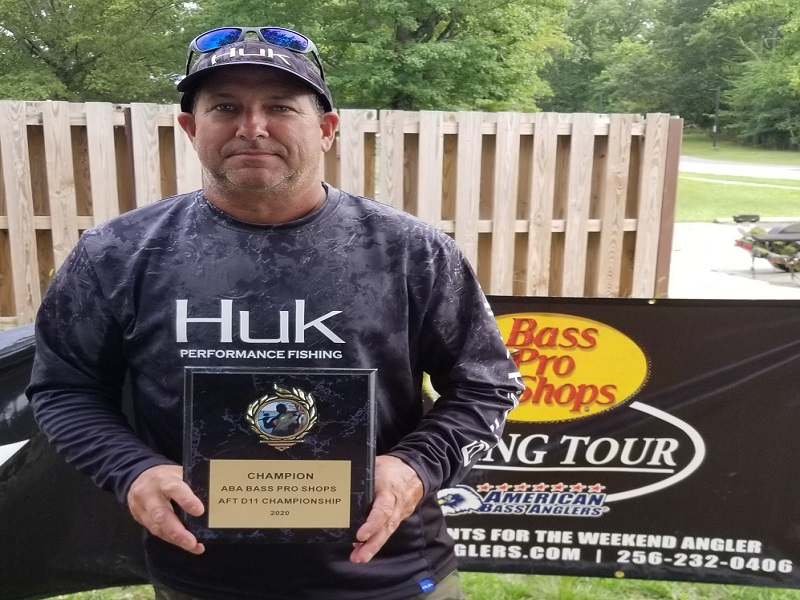 8/15-16/2020 Tom Bateman of Welcome, MD. takes the Maryland AFT D11 2Day Championship win on the Potomac River launched from Smallwood State Park near Marbury, MD. Competing against a major regional tournament and a highly pressured Potomac River the bite was tough for two days of fishing. Only three anglers brought back five-fish limits on day one and only Tom brought a limit on day two. With A limit on both days Tom took the victory with a two-day total of 20.92 pounds.

“I fished a lot of creek mouths on the outgoing tide and caught them on the low end on chatterbaits, senkos and poppers everything just happen to work out. I would like to thank Fred's outdoors for their support bobs machine shop and especially Blazer boats for outfitting me with a 625 pro elite.”

Second Place and 2020 D11 Angler of the Year went to Michael Roselle who brought back 15.28 pounds to the scales. His second place finish locked up the 2020 AOY points race.

Third place was claimed by Jonathan Hamilton who brought in a two day total weight of 11.33 pounds.

The Biggest Bass of the 2020 D11 two day Championship was caught by Jesse Ketchum.  He had Big Bass both days of the tournament with 3.07 on day one and a day two Big Bass weighing in at 4.35 pounds earning him Big Bass money.

The next tournament in this division will take place in April 2021 launching from Smallwood State Park.