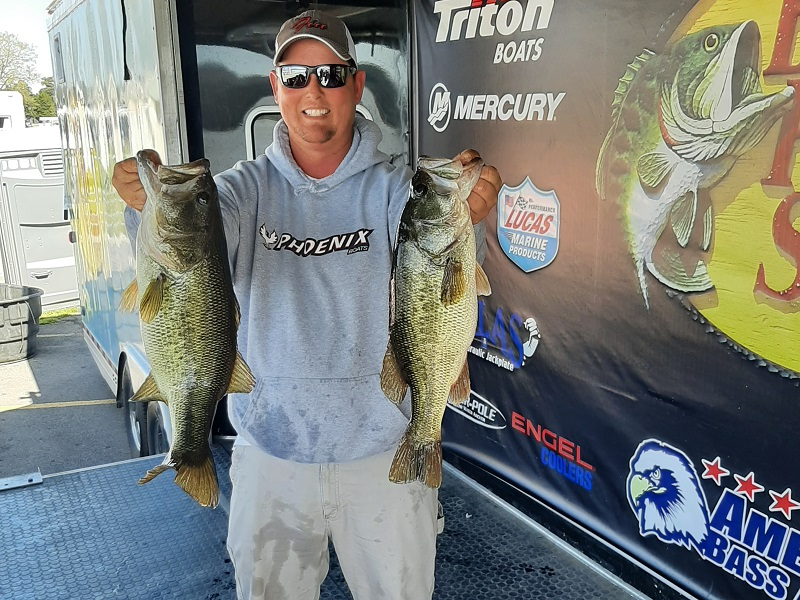 “I caught all my fish on a jig in about 8 foot of water close the grass beds. I moved around a lot looking for post spawn fish,” said Leary.

Second place boater was James Mason of Rogersville AL with 5 fish for 17.10 pounds.
“I moved around a lot also concentrating on pre spawn, fishing around grass using booyah one knocker. The better came from around the milfoil” said Mason.

Boater Big Fish: Toby Morrison of Lyerly, Ga. big fish was a whopping 9.14 pounds.
“I caught the fish in about 5 foot of water out of the grass on a chatter bait” said Morrison. 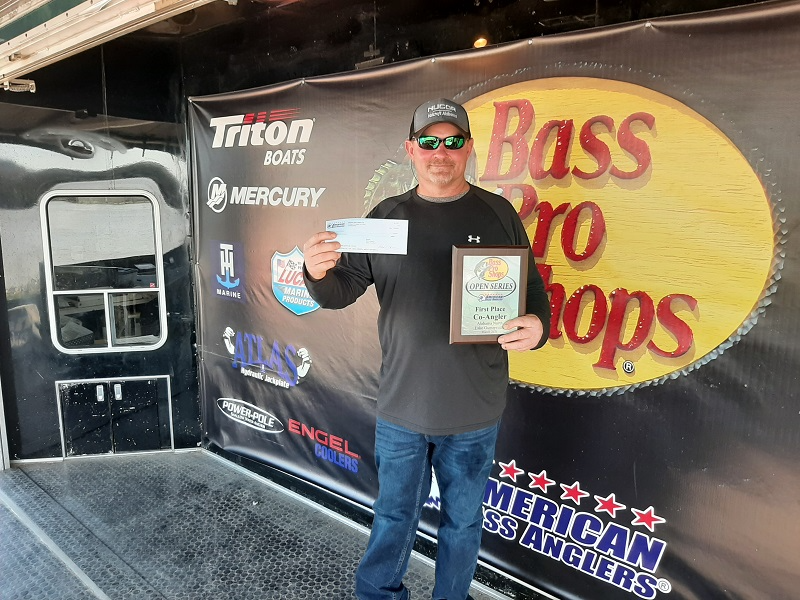 “I caught all my fish on a chatter bait, fishing around a bridge. We were fishing shallow in about 3 foot water” said Shrader.

“I caught my big fish on a 5” Texas style swim bait fishing around a bridge, in a channel
catching the fish as they were moving in to spawn” said Young.

“I caught all my fish flipping boat docks with a jig in about 8 foot of water” said Galbraith.

The next stop in the North Alabama Open Series division is April 3rd on Pickwick lake at McFarland Park in Florence, Al.  At the end of the season, the best anglers from across the nation advance the 2022 Ray Scott Championship to be held at Lake Eufaula in April, 2022.