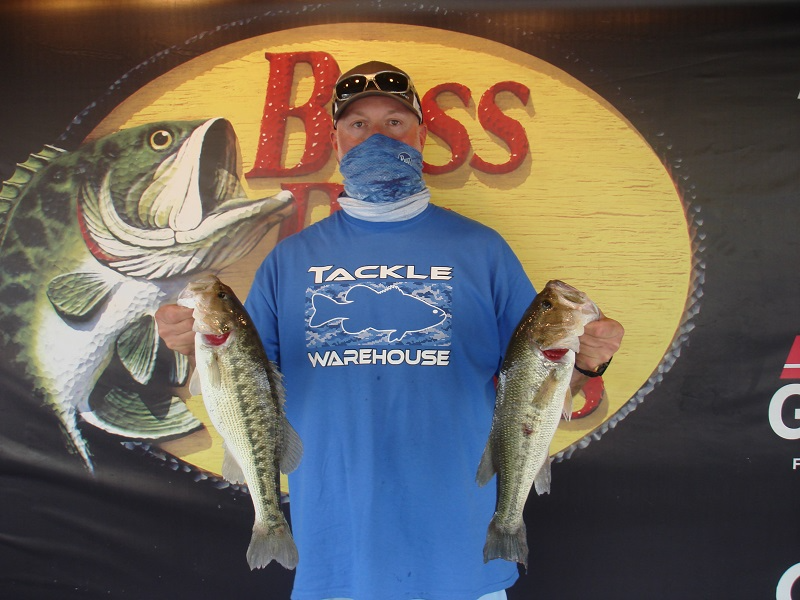 “I had been catching fish on a swimbait during practice, but they didn’t want it today. The watercolor changed and it came up a couple of feet. I caught my fish today on a crankbait up until about 11:00 and the bite stopped for me,” said Nix. Nix took home $2200.00 for the win.

Taking second for the boaters, Derek Cummings of Denver NC, weighed in a five bass limit weighing 11.79 pounds. His limit was anchored by a bass weighing 5.03 pounds. “I caught around 6 bass today in the 4–5-foot range on a crankbait,” said Cummings.

Taking third for the boaters Jerry Pruitt of Vale NC, weighed in five bass weighing 11.55 pounds. Pruitt reported catching most of his bass shallow using a black and blue jig. 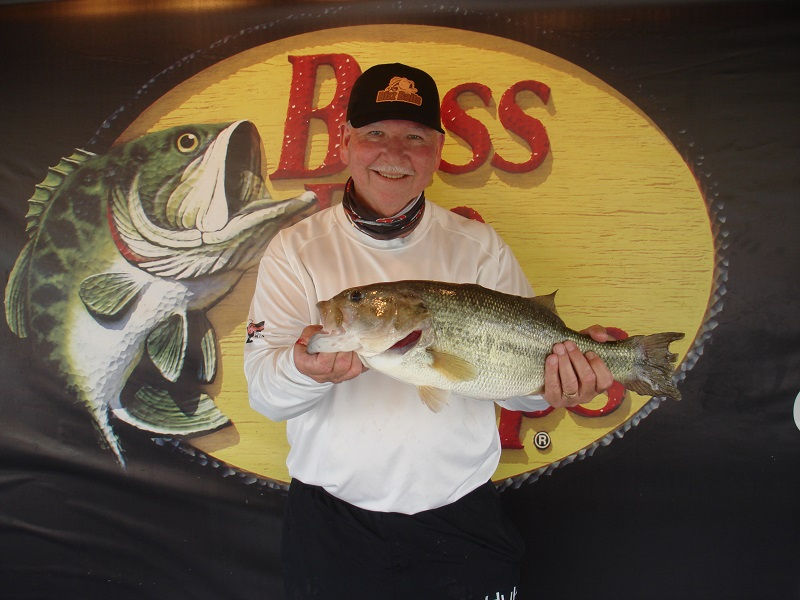 Boater big bass honors went to Skip Kraft for a bass that tipped the scales at 6.95 pounds. Kraft collected $350.00 for his bass. 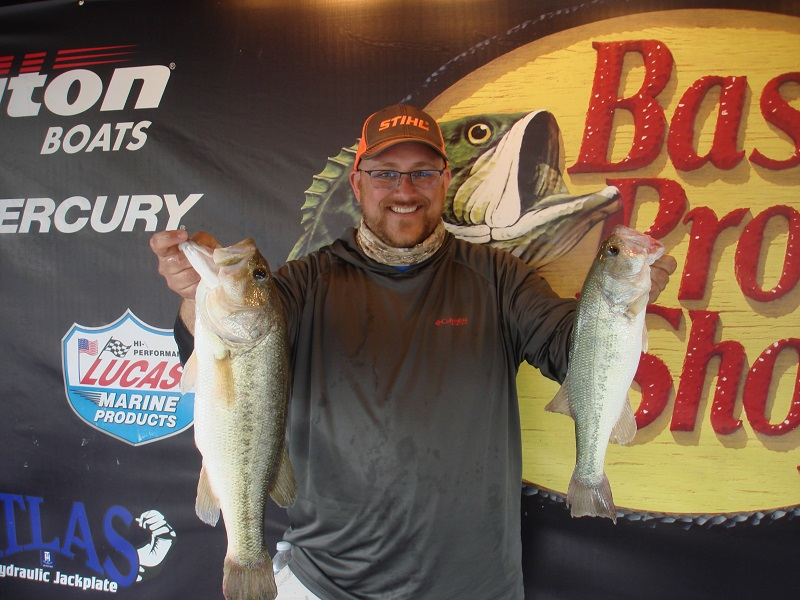 In the co-angler division Jack Pollio of Lincolnton NC weighed in three bass weighing 8.42 pounds to take the win. His weight was anchored by a bass weighing 4.88 pounds which was the biggest bass weighed in by a co-angler. Pollio took home $1110.00 for his win.

“I caught probably 12 fish today on a crankbait in the 6-7 foot depth range,” said Pollio.

In second place for the co-anglers, Billy Taylor of Newton NC, weighed in a three bass limit weighing 6.15 pounds. “I caught three bass today, two on a crankbait and one on a spinnerbait,” said Taylor.

Taking third for the co-anglers, George Hirapetian of Charlotte NC, weighed in three bass weighing 5.24 pounds. “I caught three fish today on a senko and lost some fish on a crankbait,” said Hirapetian.