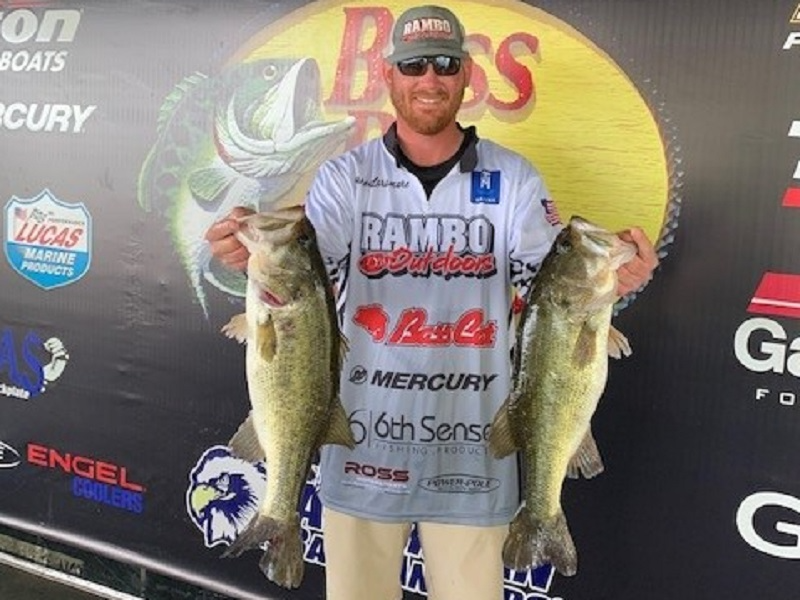 Athens, Al. – James Laramore of Vidor, TX took the win in South Texas Division of the American Bass Anglers Open Series Tournament held March 28, 2021 on Sam Rayburn Launching out of Cassels Boykin Park in Zavallam Tx James brought back five fish to the scales that locked in for 22.50-lbs. “I was throwing a chatterbait around shallow hydrilla. I caught them all day and culled up three or four times,” said Laramore

Taking second place for the boaters was Wyatt Frankens of Corrigan, TX with five fish that went for 19.74-lbs.“I focused on outside grass lines with a chatterbait.  When I wanted to slow down a little bit I’d throw a spinner bait.  I lost a good one that probably would’ve given me the win, but I caught fish all day and had a good time,” said Frankens.

Third place was claimed by Todd Driscol of Jasper, Tx with five fish that locked in the scales at 19.67-lbs.“I ran a good way and got back into a couple of pockets in real shallow waters where there hasn’t been a lot of fishing pressure. I caught them all flipping bushes with a sweet beaver,” said Driscol.

Coming in fourth place was Cory Bono of Lake Charles, LA with five fish for 17.63 pounds anchored by the biggest bass of the tournament a 7.44-lb bucket mouth.Rounding out the top five was James Kisser of Montgomery, TX with a weight of 15.47-lbs. 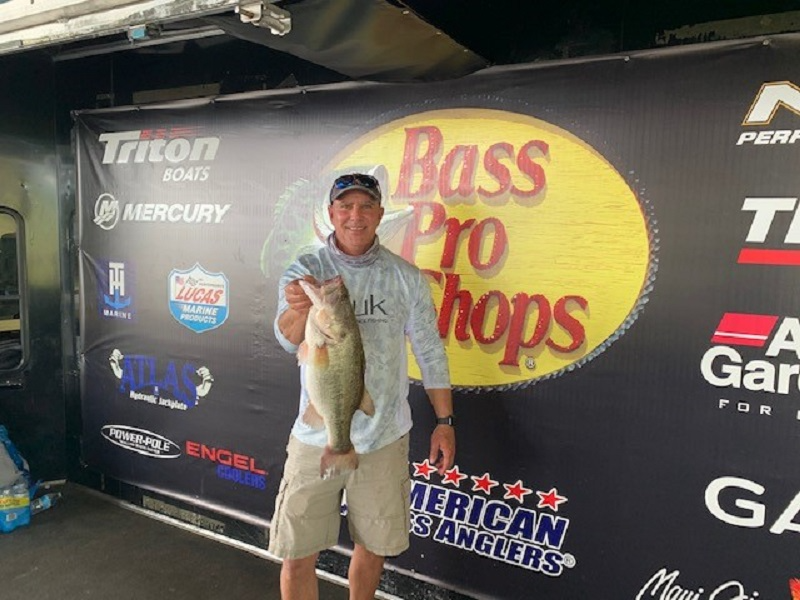 On the co-angler side Mike Casanova of Frisco, Tx took first place with a 3-fish limit that went to the scales for 11.83-lbs anchored by the biggest fish for the co-anglers with a 5.76-lb largemouth. “I threw a spinner bait all day and caught maybe five fish and was able to cull up,” said Casanova.

Second place was Ed Melton of Houston, Tx with 3-fish that locked in the scales for 11.51-lbs. “I’m not sure where we was, but we had a great time and caught fish all day on everything from chatterbaits to Carolina rigs,” remarked Melton.

Third place was Otis Jnofinn of Houston, Tx with 3-fish for 8.42-lbs. “We fished pretty close to the ramp. We stayed in shallow water, in a spot maybe 60 yards in diameter. I threw a little 3” paddle tail all day,” said Jnofinn.

The next tournament in this division is 05/29/2021 on Sam Rayburn launching from Cassels Boykin.