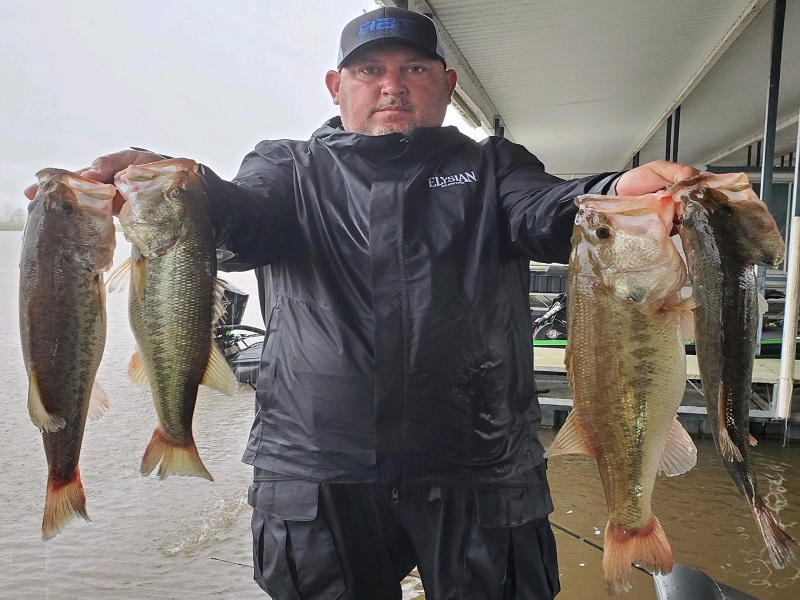 Billy Norwalk won the American Fishing Tour Division12 tournament presented by American Bass Anglers.  Running out of Lake Point State Park near Eufaula, Alabama Billy brought back 5 fish that locked in the scales at 16.54lbs anchored by a 5.02lb kicker.  For the victory, Billy took home a check for $640.

Billy reported catching his fish early on brush piles then moved to the bank to upgrade. He was throwing an unnamed worm and creature bait.

Second place was claimed by Robert Croxton with 5 fish and a total weight of 15.86lbs. For his efforts Robert took home $389 in prize money.

Robert Blount took third with 5 fish and a total weight of 15.59lbs and took home $137 in prize money.

The Biggest Bass of the tournament was caught by George Haynie. His fish locked in the scales at 7.18lbs earning him $250.

The next tournament in this division will take place on April 11, 2021 launching from Lake Point State Park.
For more information on this event or division please contact local director Danny Christ, 910-987-8326 or visit www.americanbassanglers.com