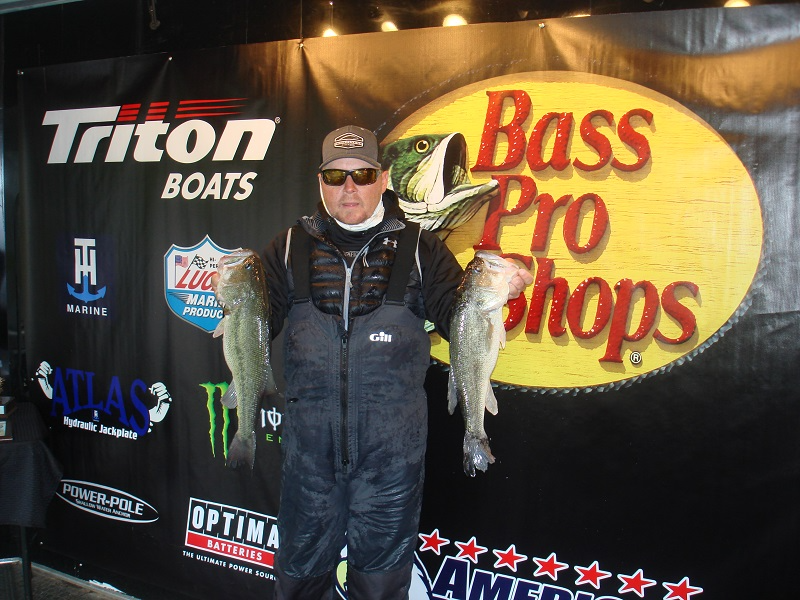 ATHENS, Al. – Brian Calloway of Danville VA, won the Bass Pro Shops Open Series event held on Kerr Lake on 4/24/21. Running out of Nutbush park in Henderson NC, Calloway weighed in a five bass limit weighing 16.50 pounds. His limit was anchored by a bass weighing 4.86 pounds which was the largest bass weighed in by a boater. Calloway took home $5000.00 for the win and another $640.00 for the big bass.

I” caught my first couple of fish on a Mop Jig and the rest just working the banks with a floating worm,” said Calloway.

“I caught all of my fish on a senko and a jerk bait,” said Sabo. “I caught around 15 fish today culling out all five at least once.”

Treadaway reported catching most of his bass with a senko. 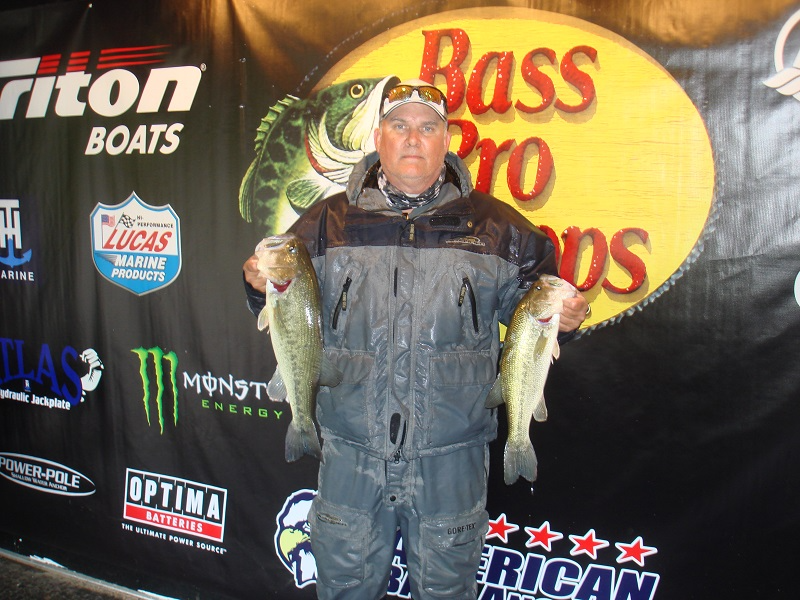 In the co-angler division Donald Porter of Camden NC, weighed in three bass weighing 10.01 pounds to take the win. His limit was anchored by a bass weighing 4.68 pounds which was the largest bass weighed in by a co-angler. Porter took home $895.00 for his win.

“I caught all of my fish today on a straight tail worm fishing around stumps,” said Porter.

In second place for the co-anglers, Arnold Hall of Hendersonville NC, weighed in a three bass limit weighing 9.60 pounds. Hall’s limit was anchored by a bass weighing 4.65 pounds.

“I caught my fish today on a shaky head using a watermelon red worm fan casting around the boat,” said Hall.

“I caught my first fish on a black and blue jig and the rest on a shaky head with a green pumpkin green worm,” said Bevins.