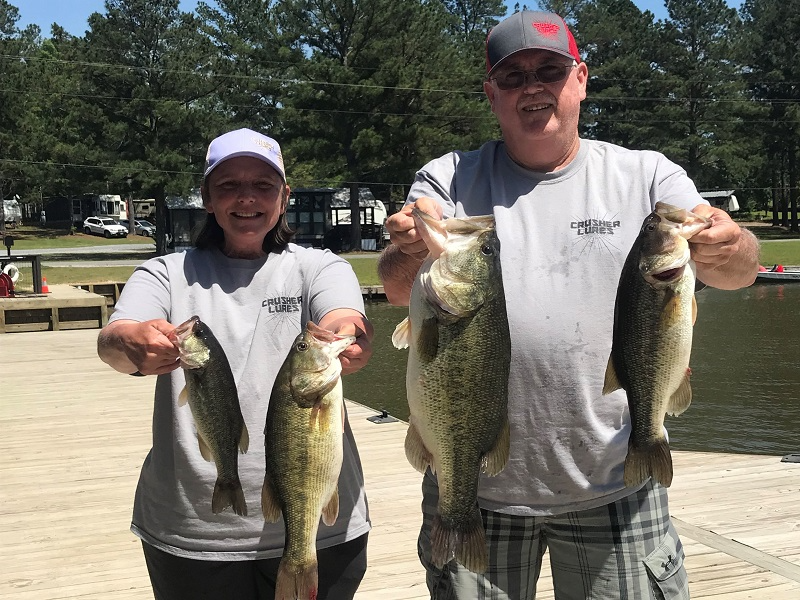 ATHENS, Ala. – Mike Hearn Jr. and Sugar Walker won the American Couples Series, operated by American Bass Anglers, Central Alabama Division 1 tournament, held May 16, 2021, on Lay Lake. Running out of LaCoosa Marina in Shelby, AL, they caught 5 bass weighing 13.38 pounds. For the victory, they earned a check for $575.00.  Mike won the Man’s Big Fish with a 5.92-pound kicker.  They caught their fish in shallow water.

The next divisional tournament will be determined when the 2021-2022 schedule is released by September. The top angling couples from across the nation earn the right to compete in the annual American Bass Anglers Couples Series National Championship tournament.