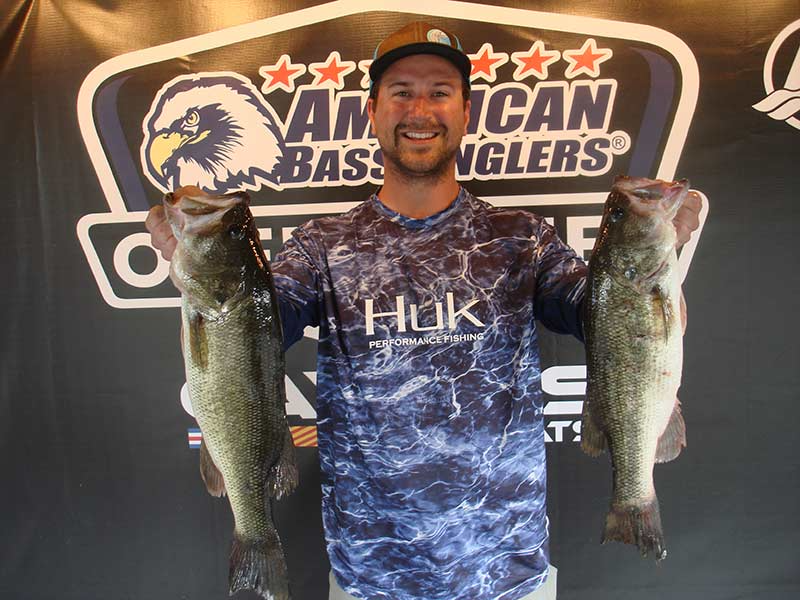 “For the first 7.5 hours of the tournament, I only had two 14-inch fish in the boat,” Burns revealed. “In the last 15 minutes, I caught four fish and culled once. All of them were much bigger than the ones I caught earlier. I fished trees or threw frogs in the grass most of day and that did not work. I picked up a buzzbait and fished docks near the landing and caught a bass off every other dock. At that point, I was having fun and didn’t want to take the boat out of the water.”

In second among the boaters, Steve C. Wicker of Pomaria, S.C. brought in four bass for 12.18 pounds. He topped that catch with a 4.64-pounder, the second largest bass caught by a boater.

“I caught all my bass on a wacky rig fished on a spinning rod or a shaky head,” Wicker commented. “I was flipping the shaky head up under the trees. I caught my second biggest fish in the last 15 minutes on a shaky head right in the trees.”

Taking the number three position, Cecil Wolfe, III from the hosting town of Summerton found five good keepers for 12.10 pounds. He anchored that sack with a 4.91-pounder to take the division big bass title. 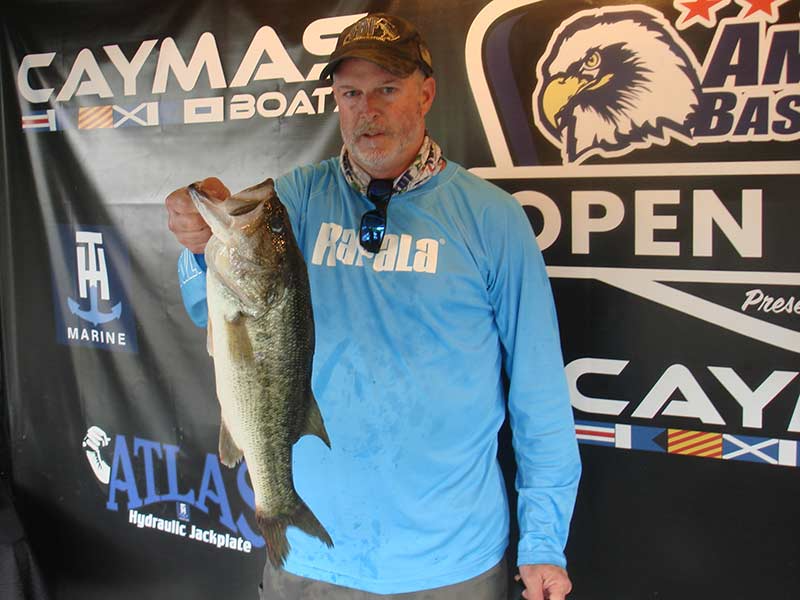 “I caught all my fish on a drop-shot fished around brush piles,” Wolfe recalled. “I was fishing in five to eight feet of water.”

In fourth, Steve DeBord of Grovetown, Ga. finished with four bass at 10.06 pounds including a 3.17-pound kicker. Ronald A. Brown from Cross, S.C. rounded out the top five boaters with four bass and 8.96 pounds.

In the Co-Angler Division, George V. Baucom from Salisbury, N.C. landed a 3-bass division limit for 13.37 pounds. That gave him a 4.46-pound average. He greatly upped his average by landing the tournament lunker, a 6.38-pound bucketmouth. 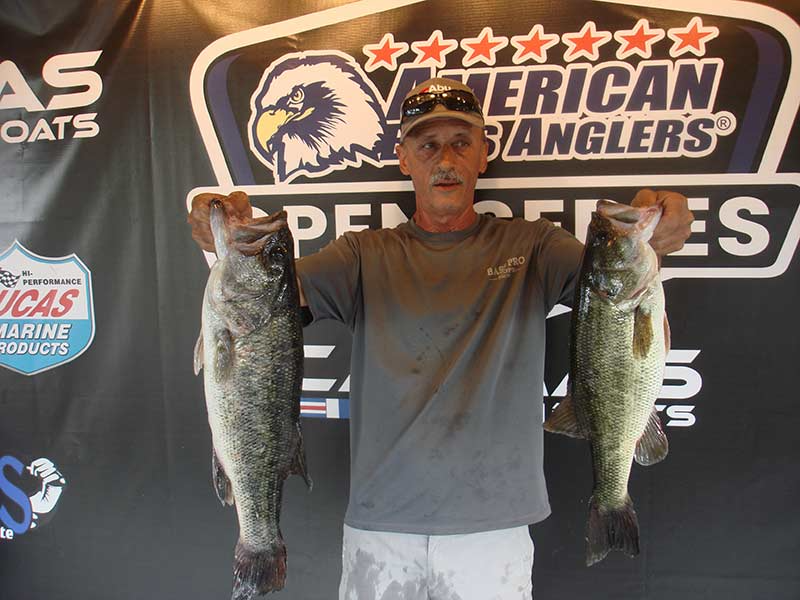 “I was using a shaky head,” Baucom said. “I even threw back a couple 2-pounders. With five fish, I would have had about 18 pounds. I was fishing around cypress stumps.”

Marvin R. Godard from Charlotte, N.C. took second among the co-anglers with two keepers at 4.02 pounds. One of them weighed 2.47 pounds..

“It was a long day,” Godard remarked. “I spent most of it skipping jigs under docks near the landing.”

The South Carolina division next heads to Clarks Hill Reservoir on June 25, 2022. The anglers will run out of Wildwood Park, located at 3780 Dogwood Lane in Appling, Ga. To register for this event, Click Here.

American Fishing Tour offers low-cost, close-to-home bass tournaments that are designed for the weekend angler. All anglers fish for both money and points. The points advance the angler to their divisional championship and the top 500 anglers in the US are invited to the American Fishing Tour National Championship this fall on Lake Eufaula in Alabama.