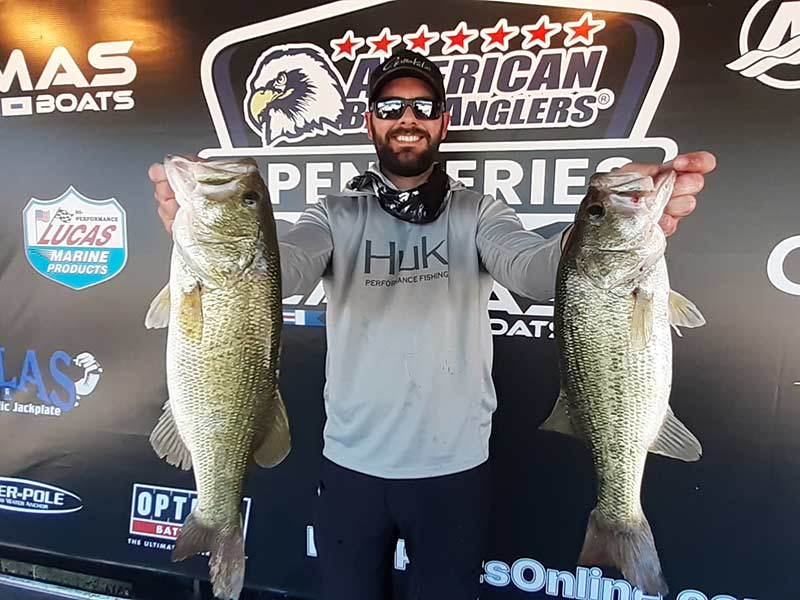 Launching at Tommy’s Trading Post ramp in Brandon, Miss., the angler from Laurel brought in a 5-bass tournament limit for 13.94 pounds with a 3.99-pound kicker for the tight victory. That gave him a 2.79-pound average.. Barely more than a half-pound separated the top four boaters.

“I had a limit by 10 a.m.,” Whittington reported. “I didn’t really get on fish until later. The water temperature was in the 80s. It was a tough bite today. I watched a lot of fish moving around on my LiveScope. The boat traffic helped me a little bit. All those waves crashing got the fish to school. I caught all my key fish a shaky head.”

In second, Dave Woodfin from Kosciusko also landed his 5-bass limit. He finished about eight ounces behind the leader with 13.40 pounds. He capped his catch with a 4.22 pounder.

“I struggled at first and didn’t have a limit until about 11 a.m.,” Woodfin stated. “I only had two fish in the first three hours. I had one spurt around 12:30 p.m. and culled three fish. I caught my biggest bass on a buzzbait. Besides that, I caught some fish on a shaky head and a monster worm fished in five to eight feet of water. I did a lot of running from above the bridge to the dam.”

One one-hundredth of a pound behind Woodfin, Eddie H. Borne of Canton caught five bass for 13.39 pounds. However, he placed a 4.92-pounder on the scales to take tournament lunker honors. 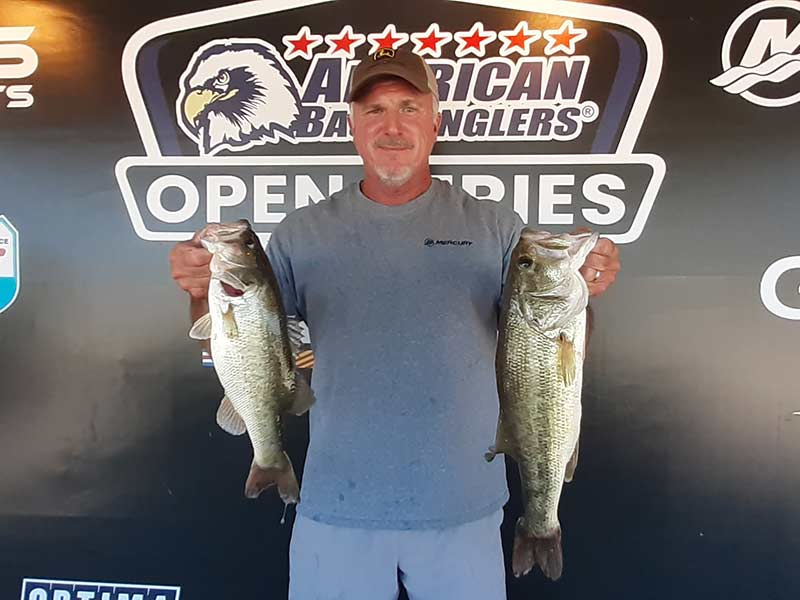 Webb Collums from nearby Jackson placed fourth with five bass going 13.33 pounds including a 3.40-pound kicker. In fifth for the boaters, Allen Shoemaker of Seminary found a 5-bass limit for 12.22 pounds.

In the Co-Angler Division, Lance Jackson of Starkville landed a 3-bass division limit for 6.49 pounds with a 2.36-pound kicker. 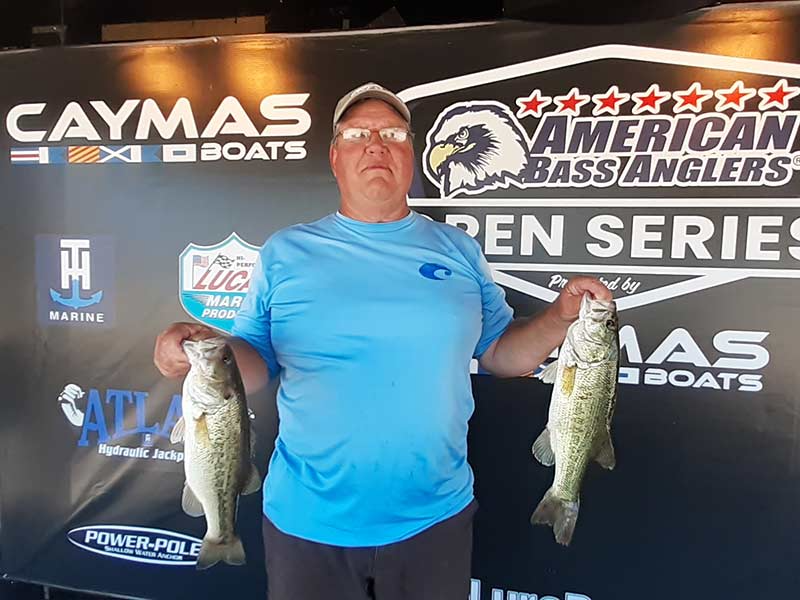 “I caught four keepers, all on a shaky head and culled once,” Jackson revealed. “I had my limit by noon. I was fishing in about 10 feet of water. I had a very good boater.”

Joe L. Schonhoff from down the Pearl River at Slidell, La. found two keepers for 4.56 pounds and second place.

Mike T. Whitty from Jackson landed two keepers for 3.04 pounds. He finished third for the co-anglers.

Bill J. Goldman from Tylertown only landed one keeper weighing 2.46 pounds. That one fish put him in fourth place for the co-anglers and earned Goldman the division lunker title.

Bob G. Burgess came down from Millington, Tenn. He caught one bass weighing 2.16 pounds for fifth place in the Co-Angler Division.

The division finishes with a 2-day championship set for Oct. 29-30, 2022, at Pickwick Lake on the Tennessee River in northern Mississippi. To register for this event, CLICK HERE.

In addition, anglers may qualify for bonus money offered by such tournament sponsors as Caymas Boats, Mercury Marine, the T-H Marine Atlas Awards program, MotorGuide, and Power Pole. Anyone who qualifies for Caymas Cash rewards could receive up to $7,000 for winning any ABA Open Series event. If the winning boat carries a Mercury motor, the angler could receive an extra $1,000 in cash from Mercury Marine. If that boat comes with a MotorGuide Trolling Motor, the angler could win an additional $500.

See each manufacturer’s website for details, rules, and qualifications for more information on their contingency programs.