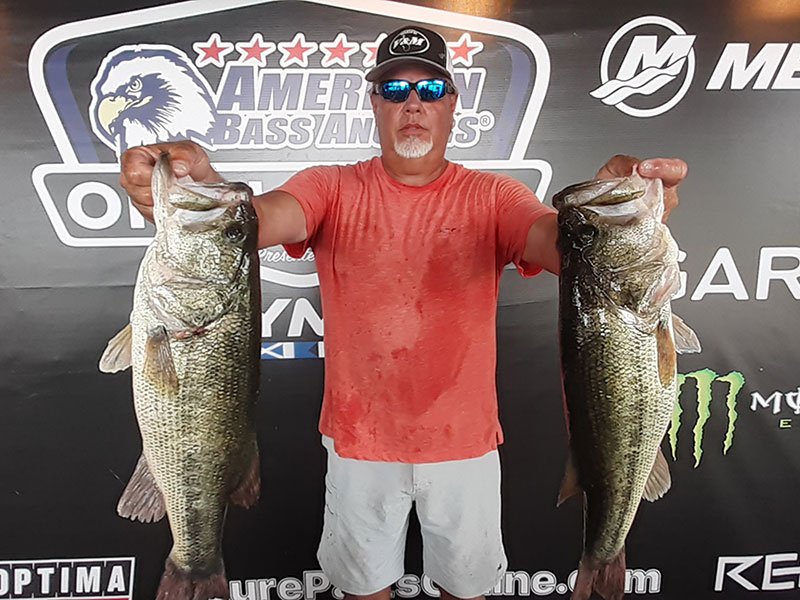 Launching at Cassels-Boykin State Park in Zavalla, the angler from Lufkin brought in a 5-bass tournament limit for 22.25 pounds. That gave him a 4.45-pound average.

“I caught all my bass on a Cross Baits Senko-style plastic bait,” Bennett said. “I was fishing it in eight to 10 feet of water on a Carolina rig. I caught at total of 12 bass. It was an early morning bite. Later, I had to move around.”

In second among the boaters, Aaron E. Johnson from Shreveport, La. also landed his 5-bass limit. He caught 21.13 pounds. He topped that catch with a 7.40-pound bucketmouth that took the tournament lunker honors. 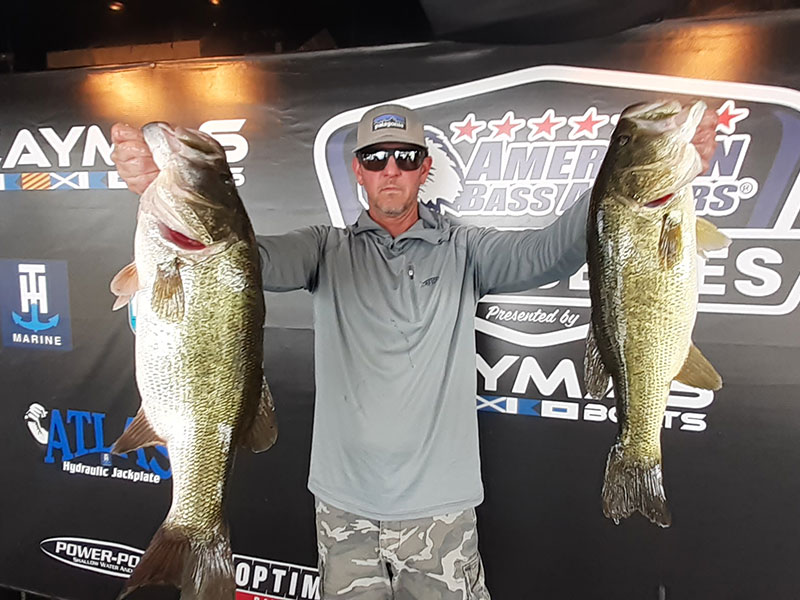 Many of the competitors reported catching bass on frogs or other topwater baits. The anglers benefitted from a huge mayfly hatch on the lake. The insects spend most of their lives underwater as nymphs. From late spring to early fall, mayflies periodically sprout wings and emerge from the water only to mate and die. Mayflies belong to the insect order Ephemeroptera, which means “lasting only a day.”

“Those flies were everywhere,” remarked Chris Wayand, the tournament director. “With all those bugs floating on the water, that turned on the topwater bite. Fish get easy to catch on a frog when the flies hatch on Rayburn. The flies fall out of the trees and bushes all over the place and everything eats them.”

When they hatch, mayflies look like large mosquitoes, but don’t bite. During a mayfly hatch, really just changing from a nymph into a winged adult, these harmless insects swarm in the millions. They cling to low tree branches and bushes to dry their new wings before mating. Inevitably, some flies fall into the water, kicking off a feeding frenzy for every fish in the vicinity. Bream and other small fish eat the floating flies. Bass also eat the flies, but bigger bass commonly gather to feast upon the bluegills congregating to eat the flies.

James E. Kiser from Plantersville used frogs to catch some of his fish. He placed third among the boaters with a 5-bass limit going 18.50 pounds. He capped his catch with a 5.89-pounder.

“We started shallow with a square-billed crankbait and a frog,” Kiser commented. “I got one good bite on the frog. That was the 5.89-pounder. Later, we fished some deep brush piles and hard spots. I had a limit by 7 a.m. and caught about 14 keepers. I culled three times.”

In fourth for the boaters, Kevin Lasyone from Dry Prong, La. caught five keepers to finish with 17.79 pounds and $700. Rounding out the top five boaters, Stephen C. English of Longview caught five good keepers for 16.78 pounds including a 5.97-pound kicker.

In the Co-Angler Division, Victor L. Saunders of Carthage landed a 3-bass division limit for 11.53 pounds and a 4.84-pound average. He anchored that sack with a 5.32-pounder. 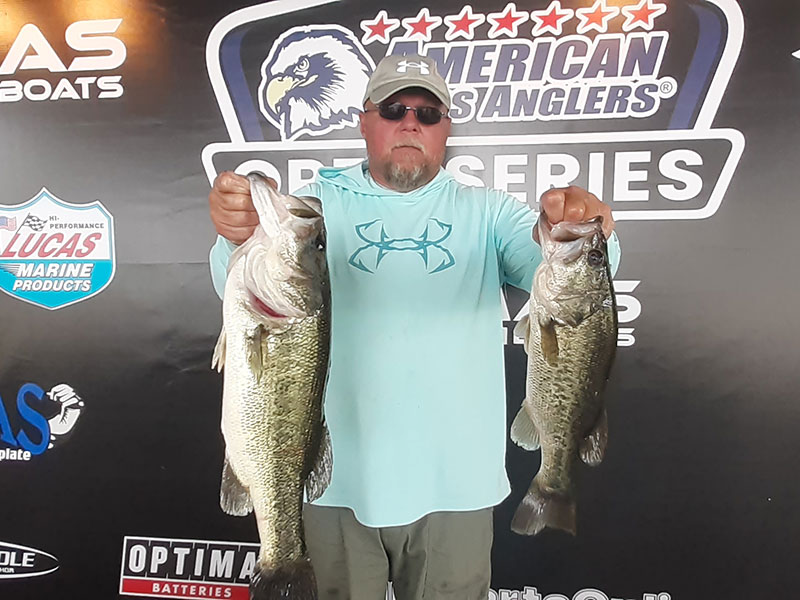 “I fished a frog all day,” Smith said. “Every weekend during the summer, all I throw is a solid black frog all day long. I was throwing it around buck brush. Mayflies were all over the brush. I’d reel it very slow and give it a little pop or two and the bass were blowing up on it like crazy. I had a limit shortly after 9 a.m. I culled three times and had one break off. I tied on a black and blue frog, but they wouldn’t touch it. Then I tried a black and yellow one and they blew up on it like the first one.”

Taking the third spot for the co-anglers, Ian J. Coleman from Ennis brought in three keepers to tally 10.25 pounds. However, he landed the division big bass, a 6.17-pound largemouth. 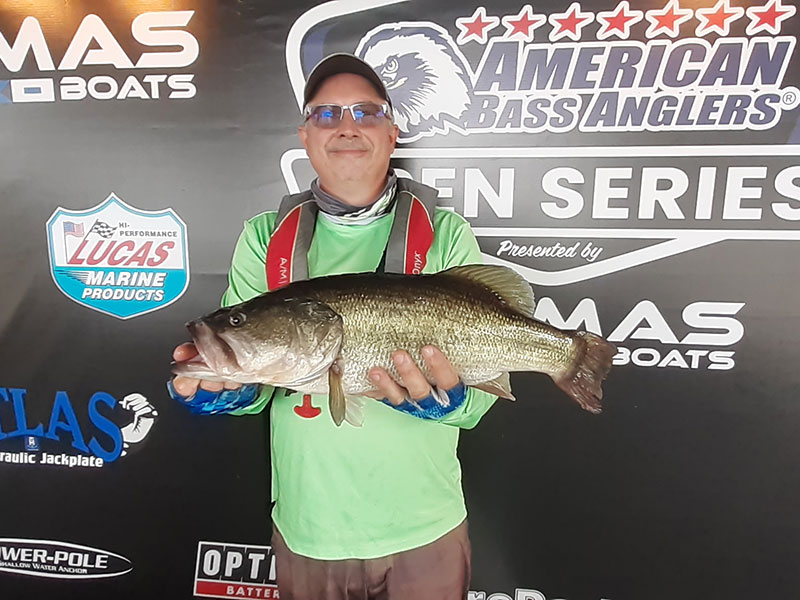 “I caught that big bass on a drop-shot rig fished in about 10 feet of water,” Coleman remarked. “That was shallow compared to where we fished most of the day. My boater wanted to stay offshore. I threw a Texas rig most of the rest of the day. I also caught one on a swim jig. I had a limit by 10 a.m.”

Jimmy L. Stephens from Carthage brought in a 3-bass limit for 8.55 pounds with a 3.04-pound kicker.. Right behind, Lee O. McDowell of Kemp found three good bass for 8.27 pounds.

The division wraps up its regular season on June 11 right back on Lake Sam Rayburn. That event will also launch from Cassels-Boykin State Park in Zavalla. To register for that tournament, Click Here.