Linza Sets The Pace To Victory On The Potomac River 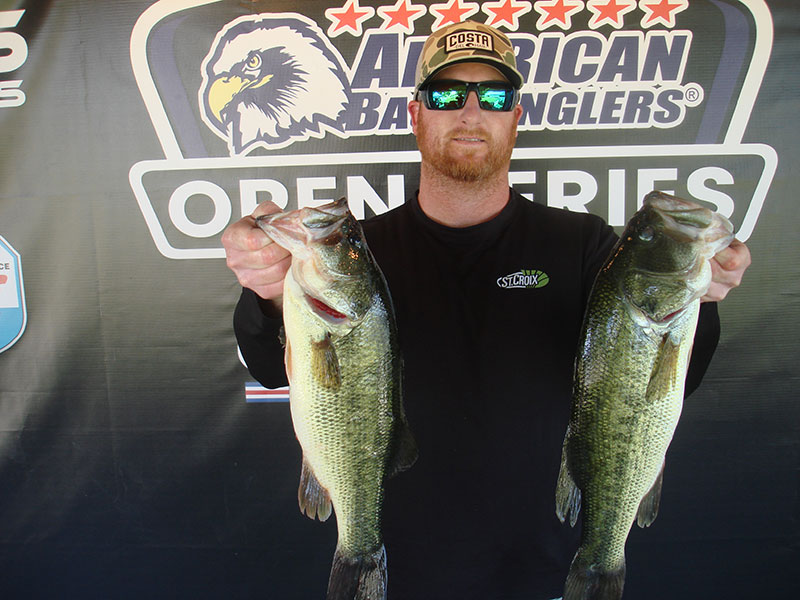 Launching at Smallwood State Park in Marbury, Md., the angler from Fredericksburg, Va. thought about entering as a co-angler, but decided to compete as a boater. He made the right decision. He brought in a 5-bass tournament limit for 17.29 pounds and the victory with a 3.46-pound average. Linza capped that catch with a 3.63-pounder.

“I had a great day,” Linza remarked. “I was fishing a big grass flat and caught about 25 keepers. I was trying to get a big fish, but they were all under four pounds. It’s tough to cull 3-pounders! I threw swim jigs, bladed jigs, all kinds of jigs.”

In second among the boaters, Evan Roache of Mechanicsville, Md. also landed his 5-bass limit. His bag of keepers weighed 16.88 pounds. He anchored the sack with a 3.94-pounder, the second largest bass caught by a boater.

“I was working a swim jig through the grass in about four feet of water,” Roache revealed. “I caught about 15 bass. They were biting if someone knew where to look for them.”

Taking the third spot for the boaters, Robbie L. Henderson from King George, Va. brought in a 5-bass limit for 15.30 pounds. One of those bass weighed 3.95 pounds, enough to take the boater big bass title by 0.16 ounces. 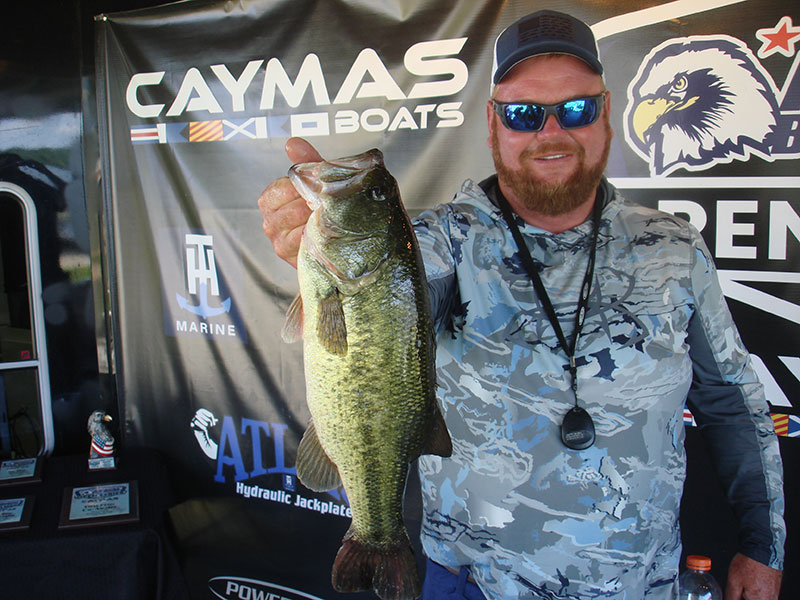 “My day didn’t start very well, but it got better as it progressed,” Henderson commented. “I was flipping grass clumps with craws, worms and various other plastics in about two to 2.5 feet of water. The bait didn’t matter as much as the location.”

Just behind in fourth place, Kevin M. Simpson from Catonsville, Md. found five keepers for 15.21 pounds including a 3.44-pound kicker. Jeffrey L. Bloom of Duncansville, Penn., finished fifth for the boaters with five bass at 14.95 pounds.

In the Co-Angler Division, Anthony Buzzeo of Bel Alton, Md. landed his 3-bass division limit for 12.68 pounds. That gave him an average of 4.23 pounds. He raised that average by landing a 5.47-pounder to take the tournament lunker title. 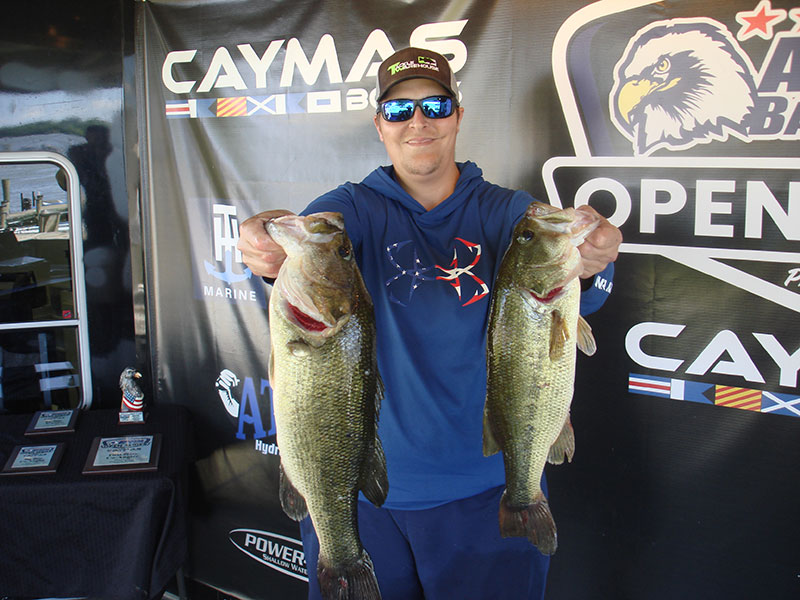 “I caught all my fish on a ChatterBait and soft plastics around wood,” Buzzeo reported. “The big one hit a worm.”

Thomas E. Hosselrode from Prince Frederick, Md. took the second spot with three bass going 12.36 pounds, just a third of a pound off the winning pace. He anchored that sack with a 5.28-pounder, the second largest bass caught by any competitor.

“I was being persistent, throwing soft plastics all day,” Hosselrode said. “I threw creature baits and Senkos around the grass in three to four feet of water. I caught about 10 bass.”

In third among the co-anglers, Tim C. LeGrand put three keepers on the scales. The angler from Millersville, Md. finished with 10.31 pounds.

The division returns to Smallwood State Park on July 9 to fish the Potomac River again for the last regular season event of the year. To register for that event, CLICK HERE.