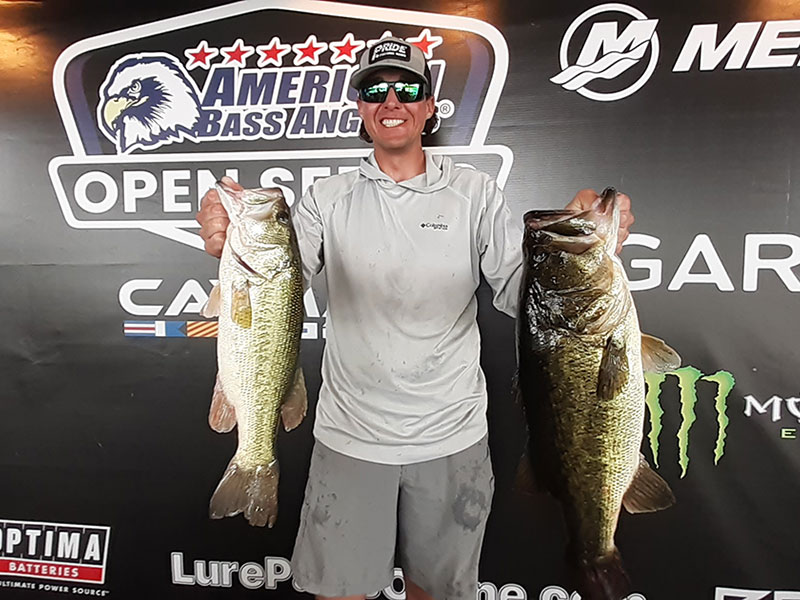 Launching at Cassels-Boykin State Park in Zavalla, the angler from Hemphill brought in a 5-bass tournament limit for 21.60 pounds. He anchored that catch with an 8.62-pound lunker to finish with a 4.32-pound average.

“I did a lot of running and hitting brush piles,” Hughes revealed. “I know the lake pretty well. I had a limit by 7 a.m. and caught 15 keepers. The fish were anywhere from five feet to 25 feet deep. When the sky clouded up, it changed my bite.”

In second among the 34 boaters, Kevin Lasyone of Dry Prong, La. also landed his 5-bass limit. His sack weighed 17.23 pounds.

“I threw a Texas-rigged V&M J-Mag worm and dragged it around,” Lasyone detailed. “I was fishing anything from four feet to about 15 feet of water. Most of the fish came from four to eight feet of water. I caught about 25 keepers.”

In third for the boaters, Ford J. Adkins from Lufkin put five keepers on the scales for 15.30 pounds. That included a 6-pound kicker.

James M. Laramore from Vidor only brought in three keepers instead of five to finish fifth with 14.28 pounds. However, he landed a 10.95-pound tournament lunker, the largest bass yet seen this season in any ABA Open Series event.

In the Co-Angler Division, Dwayne K. Dennis of Colmesneil fished with Lasyone. He landed a 3-bass division limit for 10.86 pounds for a 3.62-pound average. He helped his average by bringing in a 4.42-pounder. 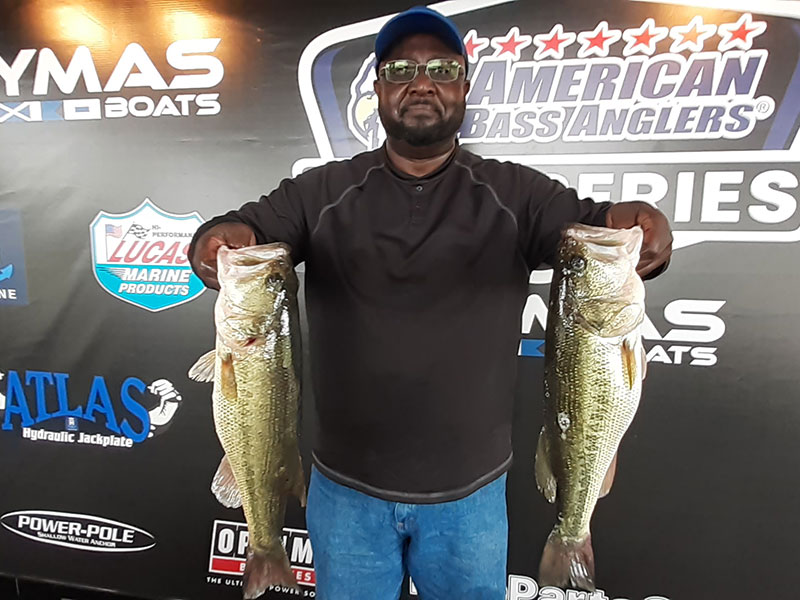 “Everything we caught was on a big 10-inch worm fishing it really slowly,” Dennis described. “We fished different depths from four feet deep to about 20 feet deep. I caught six fish. I caught my last and biggest fish at 1:30 p.m.”

“This was the first time I’d ever fished an ABA Open Series event,” Thompson commented. “It was a blast. We mainly fished deep water, about 18 to 24 feet deep all day long. We were fishing brush piles. I had a lot of good opportunities. First thing in the morning, I caught most of my fish on shaky heads with trick worms. Once it got hot in the afternoon, I started throwing a Carolina rig. I caught four keepers and five small fish. I also caught a 3-pound crappie on a ChatterBait.”

In the show spot, Joe J. West from Diana found three good keepers for 9.26 pounds. One of those keepers weighed 4.78 pounds, big enough to take the division big bass honors.

“I had great day and a great boater,” West opined. “We caught fish on a topwater popper and a swim bait. I had a bass about five pounds come up, but I missed it. I had my limit by 10:30 a.m. and culled three times.”

In fourth for the co-anglers, Mike J. Casanova from Frisco came in with a 3-bass limit for 8.08 pounds to collect $250. Joseph D. Morris of Kennard landed a limit going 7.06.

The division will fish its 2-day championship on Sept. 17-18, 2022, at Lake Palestine, launching at the Villages Marina, located at 18270 Singing Wood Lane in Flint. To register for this tournament see www.americanbassanglers.com/proddetail.php?prod=14747.