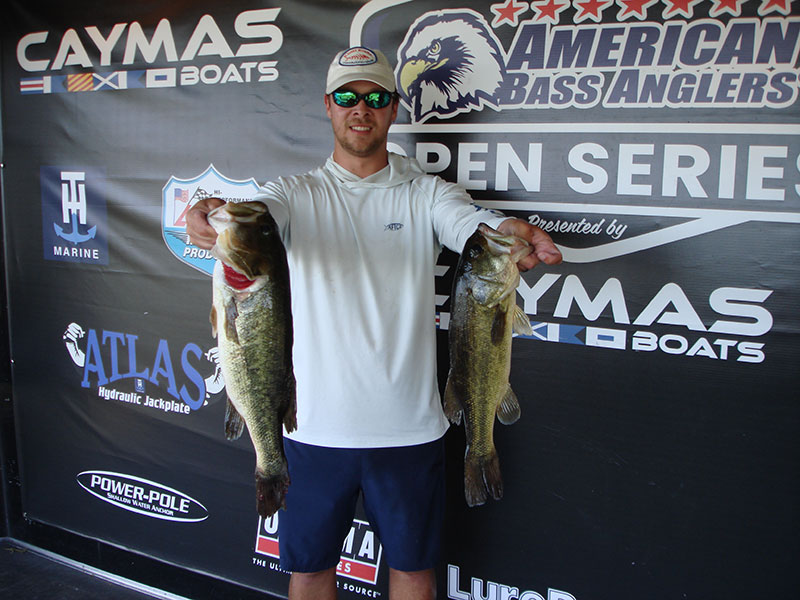 Launching at Sugar Creek Landing near Buckhead, the angler from Milledgeville brought in a 5-bass tournament limit for 16.57 pounds. He topped that catch with a 5.27-pound kicker for a 3.31-pound average.

“Early in the morning, I noticed they were moving a bunch of water,” Kelly observed. “I stopped on a shallow point and caught five pretty quickly on a ChatterBait. Then, I picked up a topwater popper and caught my biggest fish. I lost another one that was probably about four pounds. I only caught about two or three fish after that. Later in the day, I found some boat docks that had some bream suspended under them. I caught some fish flipping those docks, but they weren’t very big. It was pretty hot on the lake.”

In second among the 28 boaters, Chandler A. Ray from Bainbridge also landed his 5-bass limit. He put 16.39 pounds on the scale, less than two ounces off the lead. He anchored that catch with a 5.03-pound kicker.

“I caught all my bass fishing a ChatterBait around riprap.” Ray reported. “I caught one 5-pounder on a jig late in the day. I only had seven bites all day and caught six of them.”

Just behind in the third spot, Donald L. Peppers of Good Hope brought in five keepers for 15.65 pounds. His best bass weighed 4.86 pounds.

“I mostly stayed between the marina and Highway 44,” Peppers revealed. “I did go below Highway 44 a little bit and caught a couple small fish. Most of my fish came out of the main lake. I caught some on top early in the morning. The bite got tougher as the day wore on. I lost one bass that might have given me about two more pounds and maybe would have won it for me.”

Scott Hayes from Newnan placed fourth with a 5-bass limit going 13.41 pounds, but one of them weighed 6.37 pounds.

Phillip “Ty” Johnston of Jefferson also brought in a limit of five bass. He landed in fifth place with 13.29 pounds.

In the Co-Angler Division, Darren Mickler of Bonaire took it all. He landed a 3-bass division limit going 7.46 pounds. He anchored that sack with a 2.95-pounder that took division big bass honors. 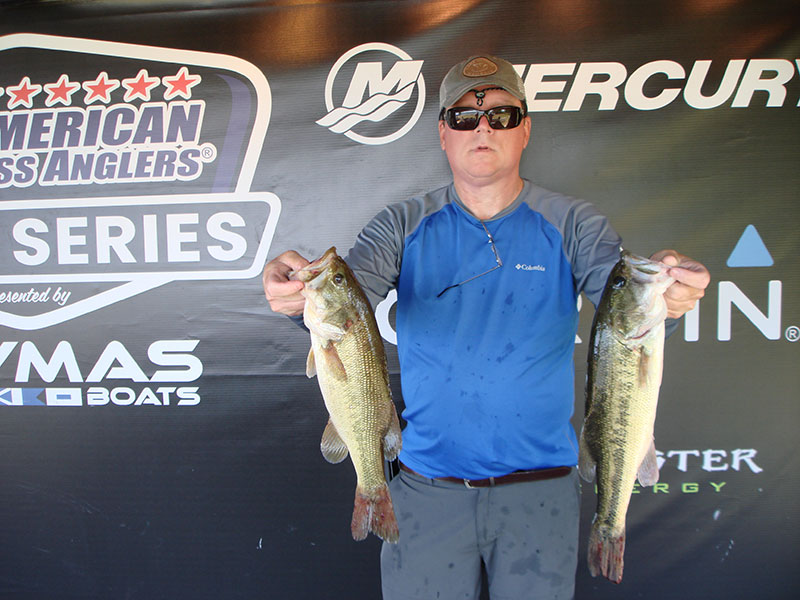 “We went all the way up Richland Creek,” Mickler remarked. “I was fishing a shaky head with a watermelon green trick worm. The big fish hit the bait while I was eating a snack. I caught all my fish on the same bait.”

In second for the co-anglers, Aaron E. Batson from Mansfield found two keepers for 4.13 pounds.

“We caught our fish on top in the morning,” Batson revealed. “Late in the tournament, I broke off about a 4.5-pounder around a dock. It hit a worm.”

Jeffrey K. Payne from Danville landed in third place. He brought in two bass at 3.29 pounds.

“I caught both of my fish on a square-billed crankbait around docks and rocks. I caught one early in the morning by a bridge.”

The division will fish its 2-day championship on Sept. 24-25, 2022, at Lake Eufaula, Ala. That event runs out of Lakepoint Resort State Park, located at 104 Lakepoint Drive near the town of Eufaula. To register for this tournament, see www.americanbassanglers.com/proddetail.php?prod=14720.