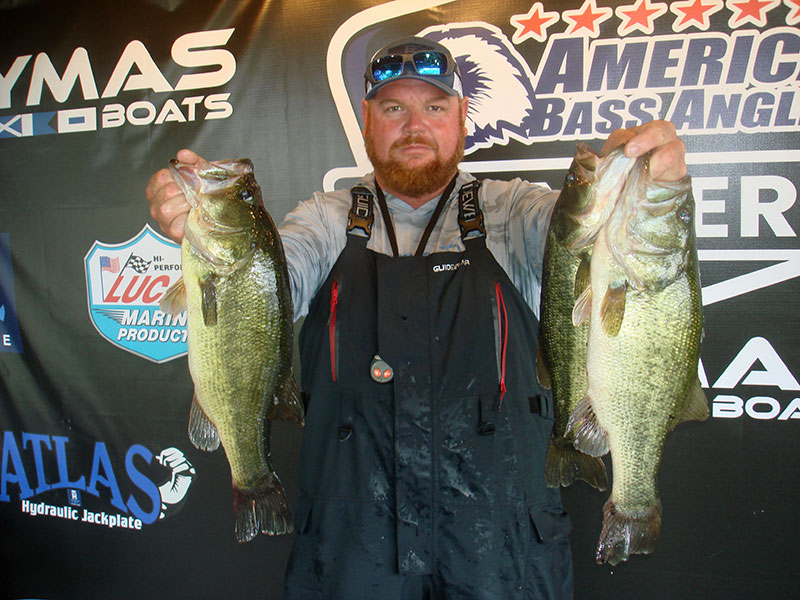 Launching at Smallwood State Park in Marbury, Md., on a rainy day, the angler from King George, Va. brought in a 5-bass tournament limit for 19.73 pounds. He anchored that sack with a 5.02-pounder that won the Boater Division big bass title with an average of 3.95 pounds.

“I fished south,” Henderson revealed. “It was rough going down there. Once we got to our spot, we were blocked from the wind. I mostly flipped different baits under docks. I caught a few out of the grass. I culled twice.”

In second among the boaters, Ed Farrington from California, Md. also landed his 5-bass limit. He finished with 18.41 pounds including a 4.58-pound kicker.

“I fished a lot of different ways,” Farrington detailed. “I did some topwater and also threw some jerkbaits, flukes and ChatterBaits, a little bit of everything. We caught most of the fish around grass. We hit the right spot and they turned out. It was pretty exciting fishing for about 45 minutes.”

Taking the third spot for the boaters, Tom E. Bateman from Welcome, Md. stayed on top of the action to land a 5-bass limit going 16.38 pounds.

“I caught all my fish on top,” Bateman explained. “We fished one spot and never left the creek.”

David T. Williams from Fredericksburg, Va. placed fourth among the boaters with five bass at 16.02 pounds with a 3.63-pound kicker. That earned him $500. Just behind, James A. Rice of Newburg, Md. put five keepers in the boat for 15.57 pounds topped by a 3.39-pounder.

In the Co-Angler Division, Hart Hall of Alexandria, Va. landed a 3-bass division limit for 11.38 pounds capped by a 4.77-pounder, the second largest bass caught by any co-angler and third biggest in the tournament. That gave Hall an average of 3.79 pounds. 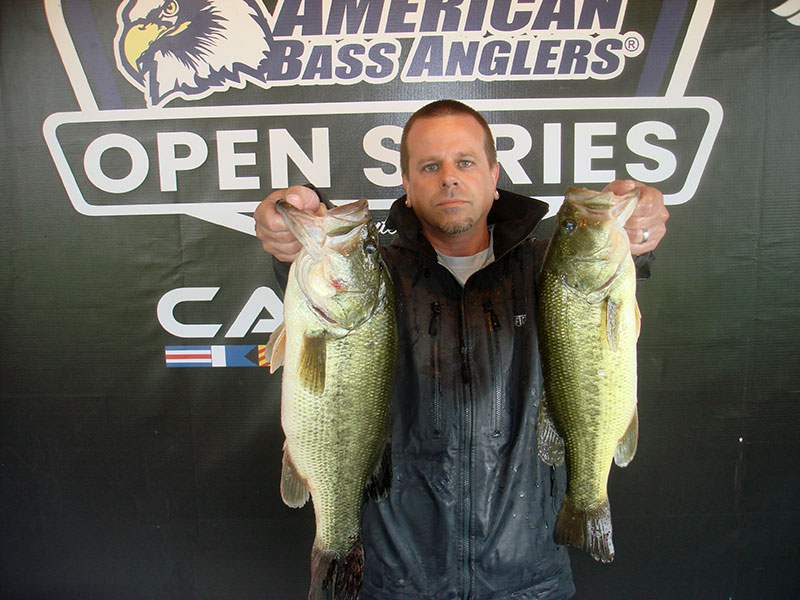 “I caught a bunch of fish and had everything I weighed in by 12:30 p.m.,” Hall advised. “We were culling most of the day. I was flipping laydowns with soft plastics.”

Corey J. Henderson from King George, Va., the son of the boater winner, landed three good keepers going 11.23 pounds. That put him just about 2.5 ounces off the winning pace. He anchored the bag with a 3.85-pounder.

“We fished the grass with soft plastics,” Corey remarked. “I caught a ton of fish with a lot of 2- to 2.5-pounders.”

The only other co-angler with a double-digit bag, Jonathan “J.P.” Hamilton of Newburg, Md. got a little wacky and finished third among the boaters with three bass and 10.06 pounds. He topped his catch with a 3.74-pounder.

“I caught everything on a wacky rig,” Hamilton said. “I lost two good ones off a bladed jig. I was fishing the edge of the grass in a creek. I caught five keepers and three short fish.”

Ron J. Tracy came down from Marlton, N.J. and struggled most of the day. Toward the end of the event, though, he caught two bass weighing 9.12 pounds for sixth place among the co-anglers. That gave him a 4.56-pound average. He added to that average with a 5.23-pound largemouth to win the tournament lunker honors. 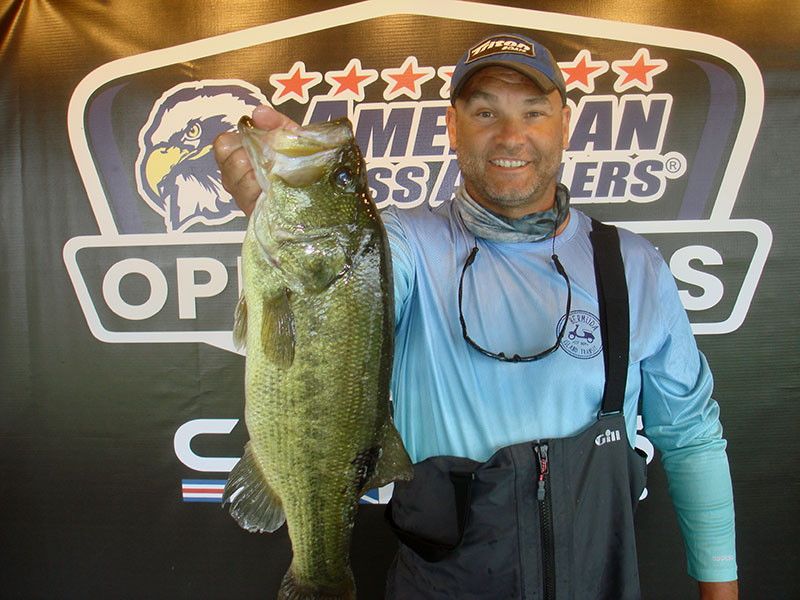 “It was tough all day,” Tracy reported. “I caught both of my fish right at the end of the tournament. I caught the big bass on a topwater bait.”

The division concludes its 2022 season with a 2-day championship, set for Sept. 17-18. That event will also launch from Smallwood State Park to fish the Potomac River. To register for that event, Click Here. 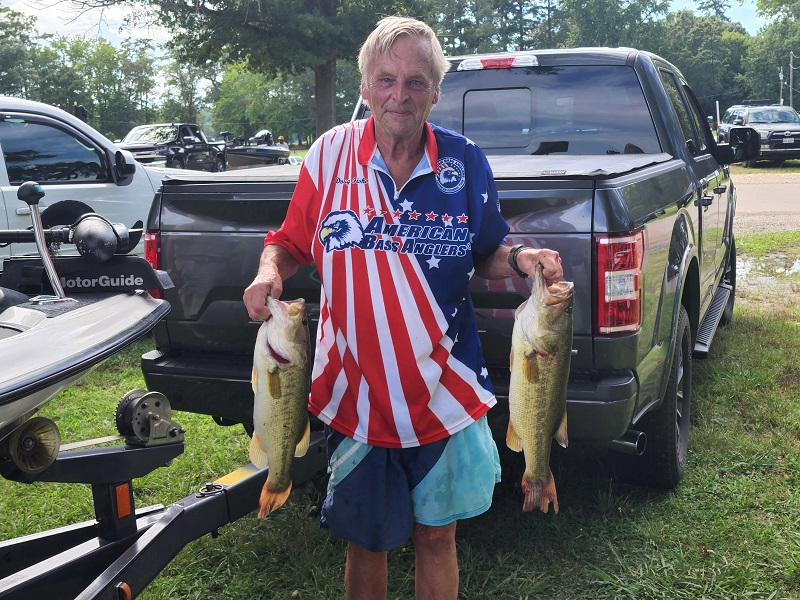 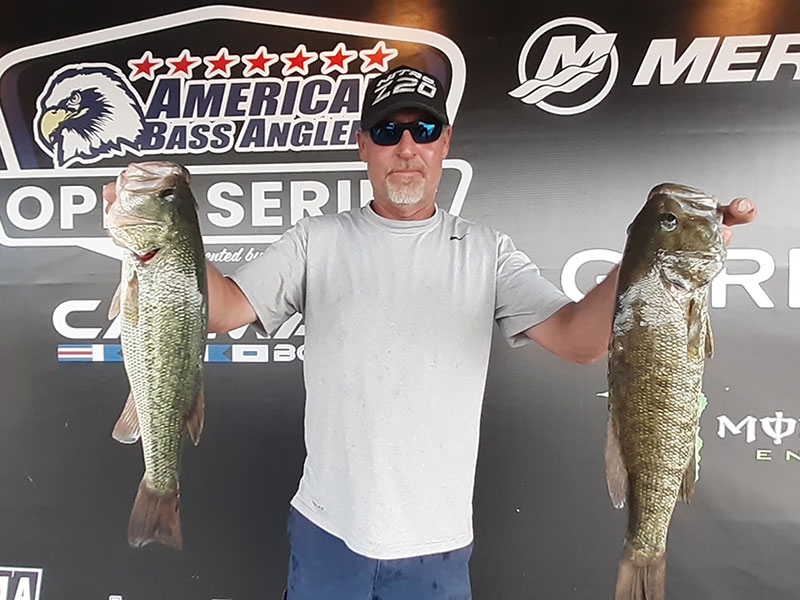