Fristik from Blandford, Mass. finished the event with a perfect 2-day 10 bass limit for 40.26 pounds. That gave him a 4.03-pound average and a victory by slightly more than one pound.

“I threw an Alabama Rig the entire time,” the new champ reported. “I knew that at this time of year, I’d get into the top five that way. I had one spot that worked well for me in the past and the fish were stacked up there. I caught 21 fish in that spot on the first day. On the second day, I unloaded on them. I had a limit and started culling by 8:15 a.m.”

Jody D. White from Shaftsbury, Vt. held a slim lead on opening day, but dropped to second on Day 2. He finished with a 10-bass limit going 39.04 pounds. White landed 20.86 pounds on the first day, the second largest single-day sack brought to the scales. He capped that catch with a 4.63-pounder. On the second day, White brought in another limit for 18.18 pounds. 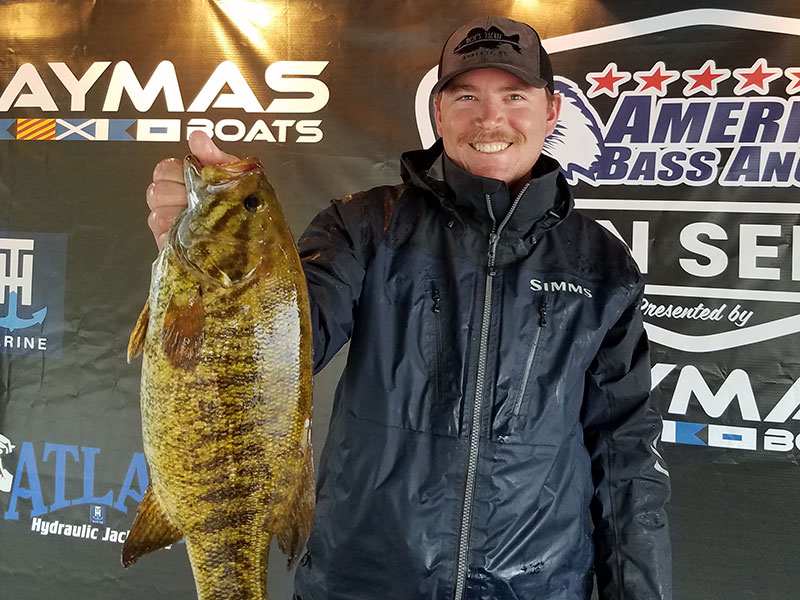 “I fished all over the lake except for the far eastern end,” White detailed. “I caught my fish on an umbrella rig or a Carolina rig in nine to 12 feet of water. I had about three bass in the box by 11 a.m. both days and caught more later in the day.”

Ted Peck from Stone Ridge, N.Y. finished third with 10 bass at 38.06 pounds. He also landed the biggest bass caught by a boater at five pounds. Peck sat in fifth place on Day 1 with 16.54 pounds. On the final day, Peck pulled in 21.52 pounds, the heaviest single-day sack caught in the event. His 5-pounder anchored that bag.

“I was fishing the far end of the lake and caught the big one on an Alabama Rig in 10 feet of water at about 9 a.m.” Peck recalled. “The fish were leaving deep water and coming shallow. We caught wave after wave after wave of fish. We caught 40 fish on the final day. We had an awesome trip.”

Occupying fourth place throughout the event, John Paul Pelletier from Castleton, N.Y. landed 10 keepers for 36.63 pounds. On the first day, Pelletier found five bass for 18.69 pounds with a 4.49-pound kicker. On Day 2, he brought in five more for 17.94 pounds, including a 4.91-pounder, the second largest bass caught by any boater. 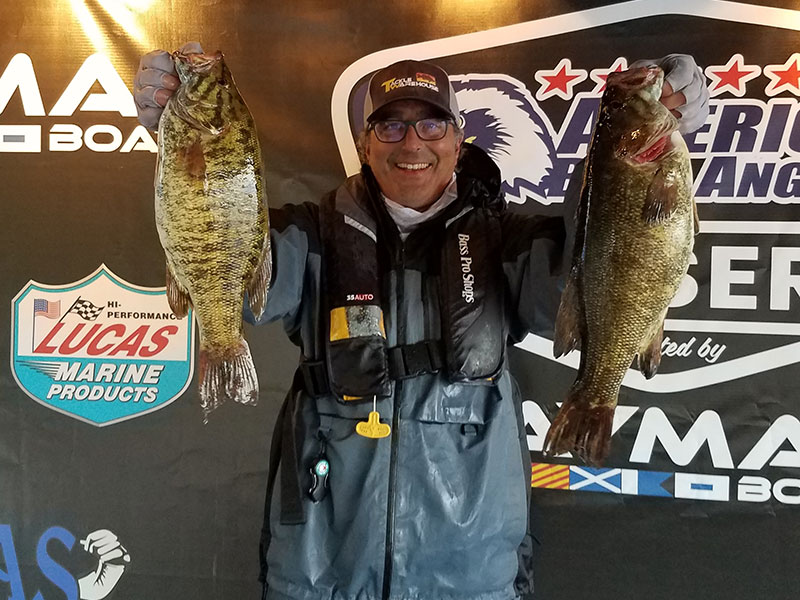 Vacant led both days. On the first day, he found three keepers at 11.69 pounds with a 4.25-pounder kicker. On the second day, Vacant upped his game and brought in 13.06 pounds, the largest single-day sack caught by a co-angler in the tournament. He topped that bag with a 4.92-pounder, the third largest bass weighed by any co-angler.

“We fished the mid-lake area and dragged a Carolina rig tipped with a green pumpkin creature bait through 10 feet of water,” Vacant advised. “That’s how I caught all my fish.”

Taking second place for the co-anglers, Matt B. Belmore from Indian Lake, N.Y. held that position both days. He finished with a perfect 2-day limit of six bass going 17.52 pounds. 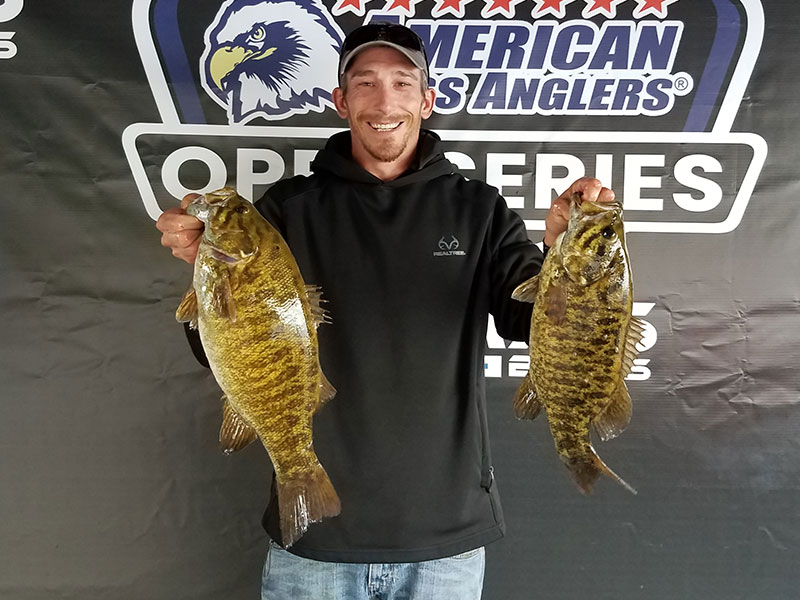 Just 1.6 ounces off the lead, Belmore held second on Day 1 with 11.59 pounds. He capped that catch with a 4.90-pounder, the largest bass weighed on the first day of the tournament. He added 5.93 pounds on the final day.

“I chucked a 3/8-ounce clear-gray and green flake spinnerbait for two days,” Belmore reported. “That’s all I did. We fished both ends of the lake. On the second day, we went to the other end and had no bites. We came back up within a mile of the marina and caught all my fish.”

In third for the co-anglers, Jack F. Adams from Wynantskill, N.Y. brought in four keepers for 15.95 pounds. He caught two fish each day, landing 6.31 pounds on the first day to hold sixth place. He found 9.64 pounds on the second day with a 4.73-pound kicker to move up three slots.

Todd M. Holmes of Pike, N.Y. stayed in fourth place for the co-anglers throughout the event. He landed a total of five bass going 15.33 pounds. On Day 1, he found a 3-bass daily division limit for 10.64 pounds with a 3.81-pound kicker. On the second day, Holmes caught two bass at 4.69 pounds.

Finishing in fifth for the co-anglers, Andrew R. Pruitt of Utica, N.Y. brought in four keepers for 14.91 pounds with one 4.36-pounder. Pruitt held seventh place on the first day with two bass at 5.99 pounds including a 3.51-pound kicker. On the final day, he found 8.92 pounds.

“I caught the big bass on an Alabama Rig down past the island,” Staab said. “We fished there earlier and then left the spot for a while. When we came back, the big one was the first fish I caught.”