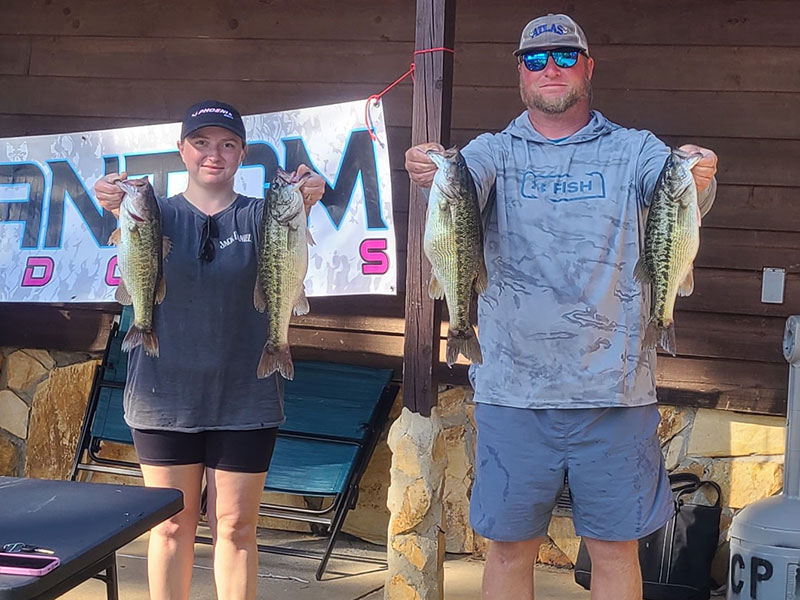 Running out of Mile Creek County Park near Six Mile, SC.  Joe & Shianne brought back 5 bass that locked in the scales at 13.47 pounds anchored by a Joe’s biggest fish weighing 3.67 and Shianne’s biggest bass weighing 3.33 pounds.  For the victory they took home a check for $945.

Joe says, “1st place in the South Carolina ABA Couples Trail on a tough windy day on Lake Keowee. Shianne came through with a 3.33-pound spotted bass that helped big time in getting the win!  These tournaments are a great time, professionally ran and always make for a fun day on the water with my lady whether we catch ‘em or not!”  And that’s what it’s all about – spending time with loved ones and/or friends doing what we love to do!  By the way – Extra Special Congratulations to these 2 on their Engagement!

Second place was claimed by John & Susan Mills with 5 fish and a total weight of 11.56 pounds.  For their efforts John & Susan took home $525 in prize money. 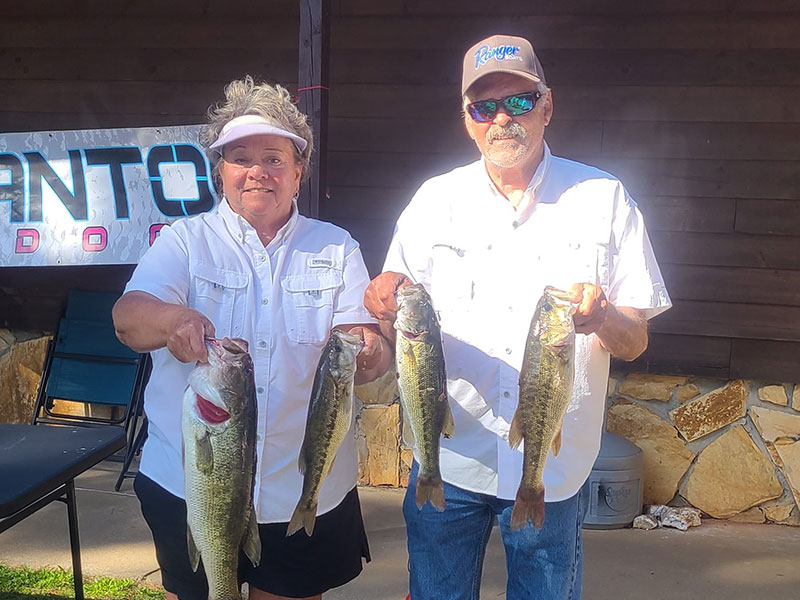 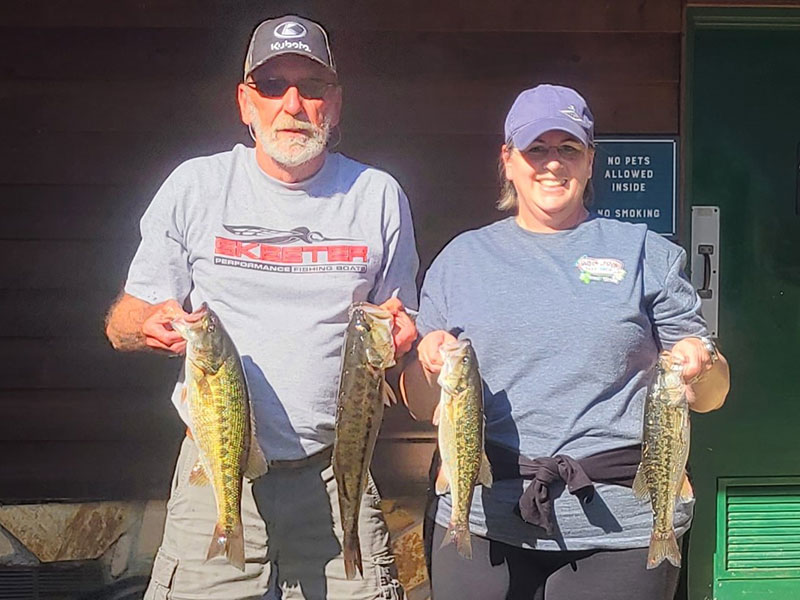 The Men’s Biggest Bass of the tournament was caught by JB Wicker.  His fish locked in the scales at 3.69 pounds earning him $140.

The Ladies Biggest Bass of the tournament was caught by Susan Mills.  Her fish locked in the scales at 4.58 pounds earning her $135.

Congratulations to our Top Ten Teams

The tie between 3rd and 4th place was broken by the largest bass weighed between the 2 teams.

Additional prize monies provided by our South Carolina Division sponsors were awarded to:

John & Susan Mills won the G-Line $100 Bounty for being the highest finisher powering the trolling motor with a G-Line Lithium Battery.

Thanks to our sponsors we can provide drawings for those teams that do not earn a paycheck.  Our sponsor items for this event included Yo-zuri, Phantom Outdoors, Choo Choo Custom Baits, and JC’s Outdoors products.

What started out as a foggy morning that delayed blast-off turned into a beautiful day with temperatures in the 70s.

Twenty-eight teams (including 6 new teams) provided a strong start to the 2023 season for the South Carolina ABA Couples trail, weighing in 115 bass for a total weight of 195.57 pounds with 114 released alive.

Thank you to Craig and MaryAnn for the thoughtful Halloween treats they brought to share with everyone.  And you know they included Tom’s favorite candy, Reece’s Peanut Butter Cups.  Yum!

The next tournament in this division will take place on Saturday, November 12th launching from Richard B. Russell State Park.

The entry fee for the American Fishing Couples Series one-day events is $100 and the top teams are invited to compete in the championship each fall.