November 13, 2022, Hartwell, GA. Thirty-four anglers stood against the cold breeze this morning to find a winning combination, but at the finish, it was Joe Anders of Easley, SC who won the American Fishing Tour Division 25- South Carolina Northwest tournament presented by American Bass Anglers.  Running out of Gum Branch Tournament Facility near Hartwell, GA. Anders brought back five spotted bass that locked in the scales at 15.71 lb. anchored by a 4.09 lb. kicker spot. 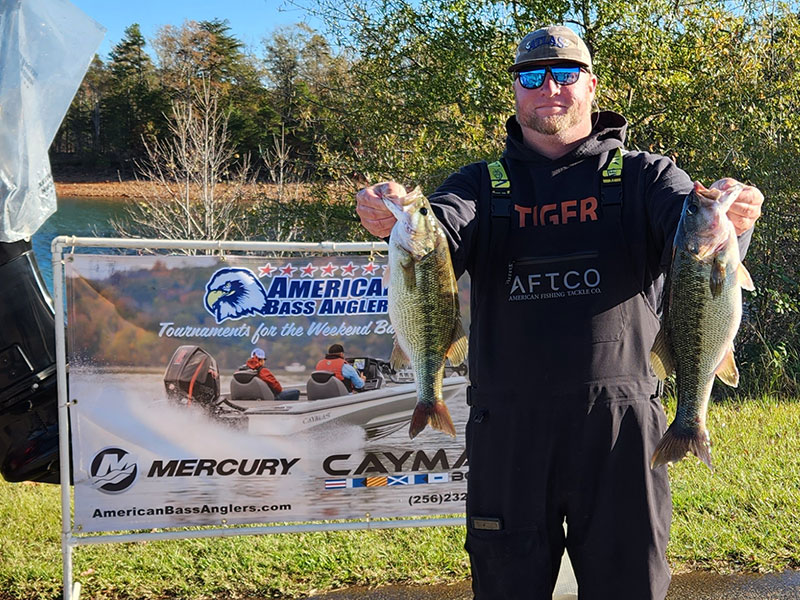 For the victory, Anders took home a nice first-place plaque and $738 cash. Joe also took down the first-place option pot for another $186, bringing his total winnings to $924.

Second place was claimed by Greg Glouse of Liberty, SC with a five-fish limit of spotted bass and largemouth totaling 15.29 lb.  For his efforts, Greg took home the second-place plaque and $464 in prize money. He also hooked the second-place option pot for an additional $124. His total payout on the day was $588. 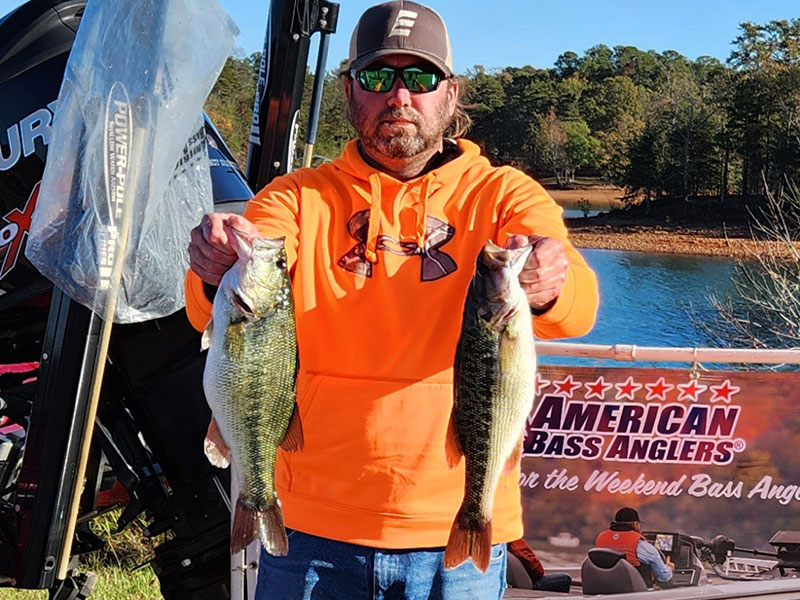 Troy Morrow of Eastanollee, Ga took third with five good fish and a total weight of 14.51 lb. and took home $197 in cash and the third place plaque.

The fourth place position was filled by Bradley Day with a five-fish limit that scaled out at 13.80 lb. That bag was good enough for $151 in cash.

Our final paid place was taken by Donald Beck, who sacked a five-fish limit that weighed 13.19 lb. He took home the remaining $115 for fifth place.

The Biggest Bass of the tournament was caught by Gene Parker of Asheville, NC.  His fish locked in the scales at 5.30 lb. earning him a plaque and $165 cash. 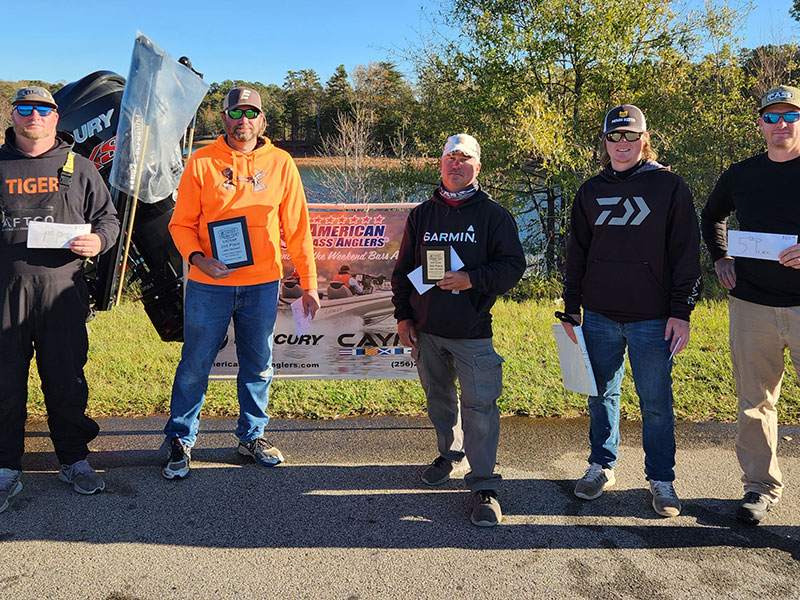 The next tournament in this division will take place at R. B. Russell on December 18, 2022 launching from the Hwy. 72 ramp in Elberton, Ga.

For more information on this event or division please contact the local director Zachary Green (478)733-6473 or visit www.americanbassanglers.com