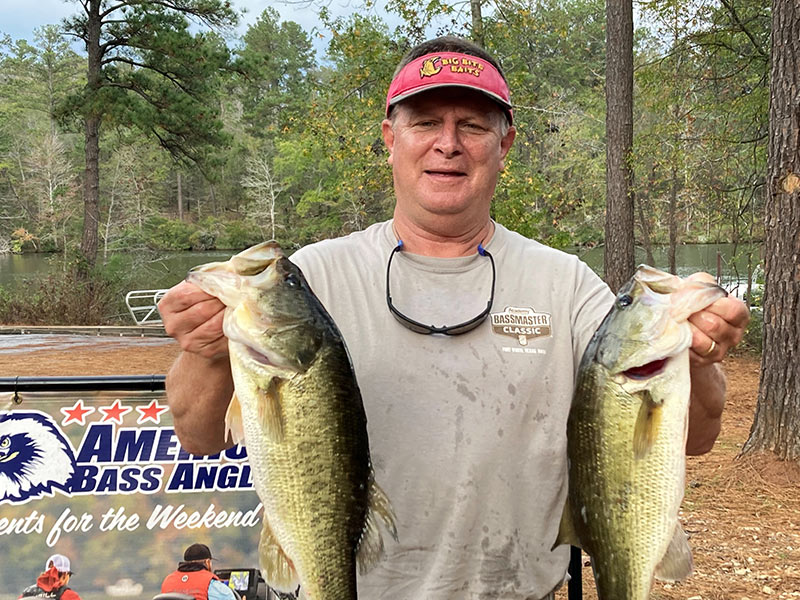 Matt Henry of Milledgeville, GA won the Big Bass trophy and $480 cash for the optional big bass pot with a 5.89 pounder!  There were several more five-pounders at the scale, but Matt’s was the largest! 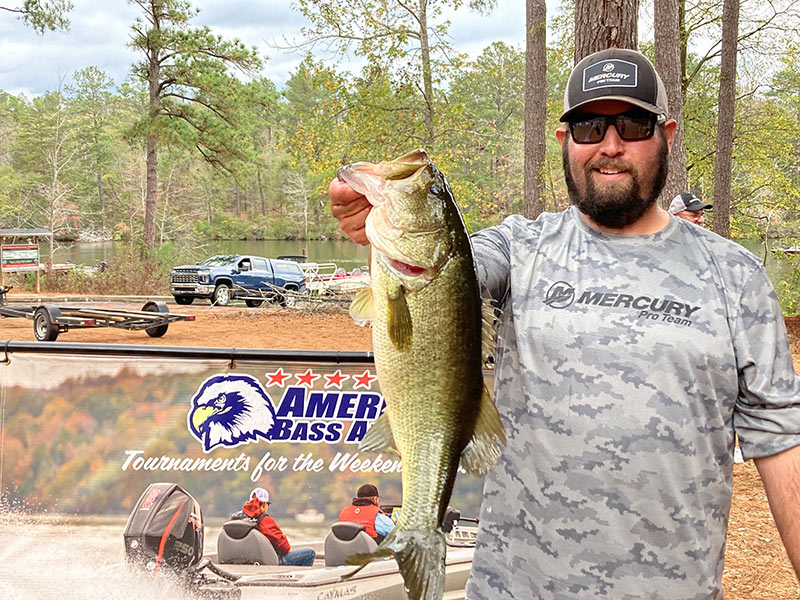 We had 48 anglers competing for the top 7 places to win payouts totaling $2,352.  Congratulations to the Top Ten: 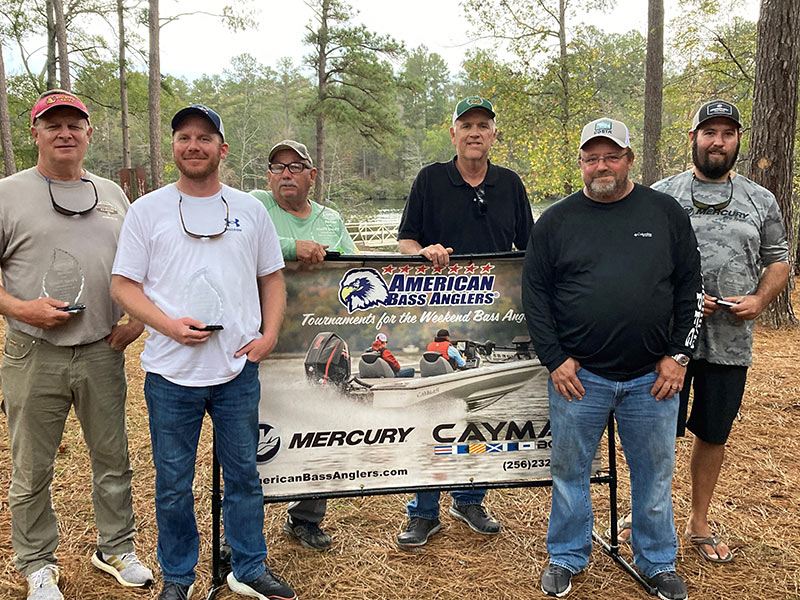 Thanks goes to Danny Taylor and Bob Clark for helping with the tournament.   After the awards of trophies and cash payouts, four $50 bills were given as draw prizes to the anglers present.  The lucky winners were Lance Collins, Jimmy Golden, Anthony Widener, and Adam Windham.

Shawn Hendrix with Kissel Krafts Custom Rods provided a gift certificate for a rod valued up to $200.   The winner for the rod was John Crosby.

Our next tournament in this division will be November 26, 2022 on Lake Oconee running out of Sugar Creek Marina.    If you have any questions, please contact Director Benny Howell at 770-365-4795.