Gary Criswell Takes the Win on the Tensaw River

Twelve of those anglers brought back five-fish limits to the scales, but when the scales closed Gary Criswell of Molino, FL took the victory with 9.47 pounds. For the win, Criswell took home $451 in prize money. 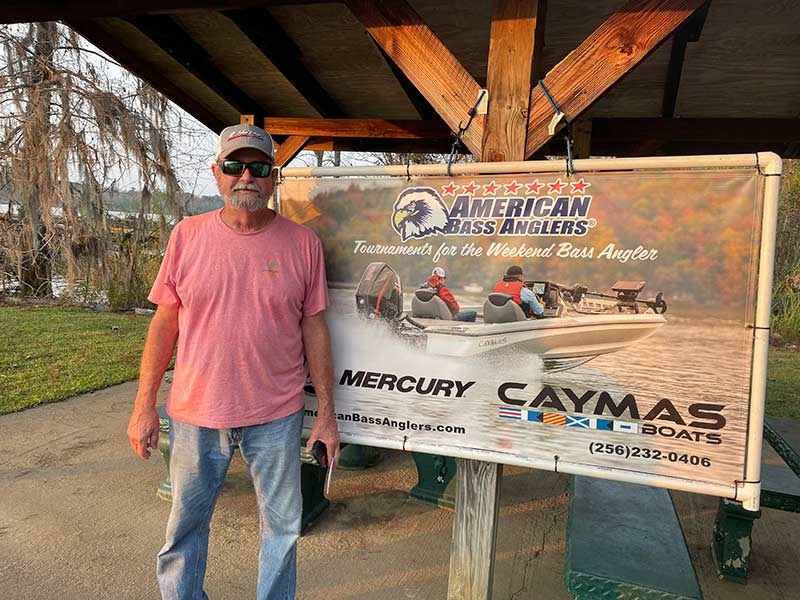 Second place was claimed by Eric Allen with five and a total weight of 9.30 pounds.  For his efforts, Allen took home $254 in prize money.

Comer Carter took third with five and a total weight of 8.82 pounds.  Carter took home $79 in prize money.
The Big Bass of the tournament was caught by Danny Pinho Jr.  The 2.73 pounder earned him $80.

The next tournament in this division will take place on January 7, 2023 launching from Cliff’s Landing.  For more information on this event or division please contact local director Barry Woodward at 251-423-0753 or visit www.americanbassanglers.com