Launching at the Hickory Point Recreational Facility in Tavares, Fla. the angler from Lakeland brought in a 5-bass tournament limit for 21.25 pounds. He capped that catch with an 8.52-pound tournament lunker. That gave him an average of 4.25 pounds. Since more than 60 boaters participated in the event, Conant took home a winning check worth $6,000. He added a $1,010 bonus for the big bass. 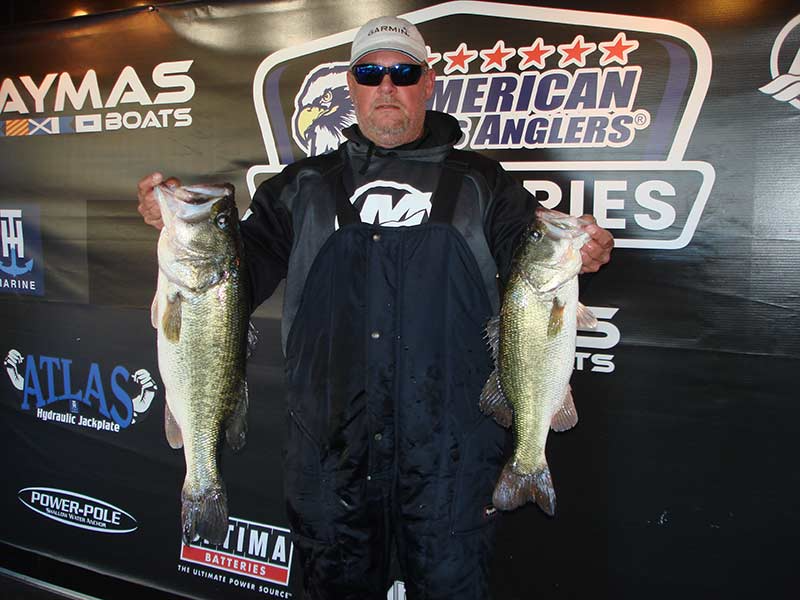 “I went to Lake Eustis and fished offshore shelves in 10 to 12 feet of water,” Conant advised. “I went back to the same spot three different times. I threw a ChatterBait and a crankbait. I caught the big bass first thing at 7:30 a.m. on a ChatterBait. After that, it was a grind. I only caught five fish all day.”

“I set out to catch five fish by 9:15 a.m. and did it,” Frost commented. “I did a lot of running around and threw anything I could throw at them. I fished with a crankbait and a worm, anything we had. I didn’t lose any fish.”

Right behind, Timothy D. Van Dalen from Grand Island placed third among the boaters with five bass for 18.65 pounds. He collected $1,000 for the effort.

“I fished eelgrass with a Jackhammer,” Van Dalen remarked. “I fished all over the place. I tried to stay away from the wind and spent all day running from it. It was tough.”

In fourth place for the boaters, Dylan Westhelle from Sanford found five keepers going 16.86 pounds including a 6.39-pound kicker. Just behind, Corey D. Smith of Clermont placed fifth with five bass at 16.85 pounds, topped by a 5.06-pounder.

In the Co-Angler Division, Ronny Wiemer of Wesley Chapel landed his 3-bass division limit for 10.60 pounds. He anchored that bag with a 5.96-pounder that took the division big bass title. He won $1,800 for first place and an extra $350 for the big bass. 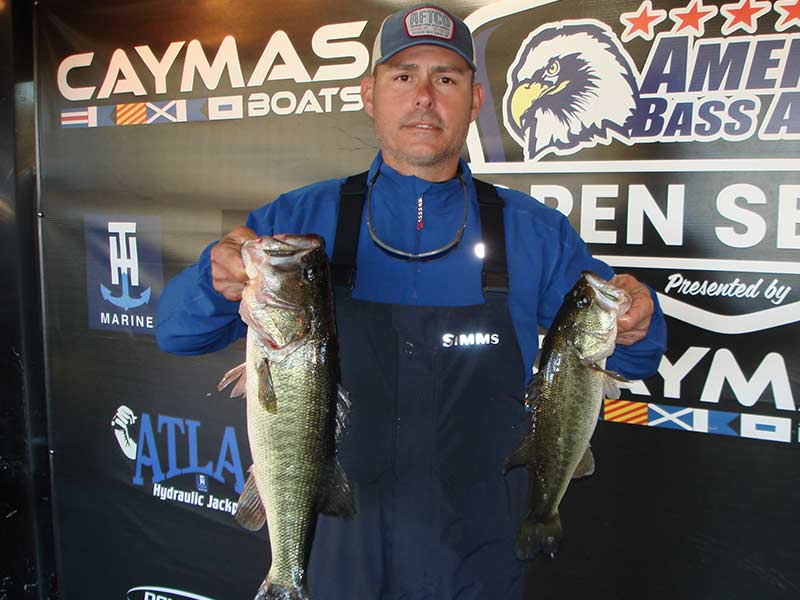 “We stayed in Lake Harris,” Wiemer reported. “I caught one each on a crankbait, a wacky rig and a jerkbait. I hooked a good fish. I never saw it, but it could have helped. I had a great time.”

Landing in second for the co-anglers, Terry L. Bonsell from Fruitland Park brought in three keepers. The only other co-angler to hit double digits, Bonsell’s bag weighed 10.13 pounds topped by a 4.39-pound kicker. He earned $700 for the effort.

“We fished Lake Dora with a swim jig,” Bonsell said. “I just slow rolled it. This was the first time I fished this circuit and I will be back.”

Deantre R. Burch of High Springs finished third among the co-anglers with a 3-bass limit going 8.85 pounds. His biggest bass weighed 3.62 pounds, enough to put $500 in his pocket.

“We stayed in Lake Harris,” Burch revealed. “I caught all my fish off a custom painted lipless crankbait. My sponsor gave it to me the night before the tournament and asked me to try it. I caught five fish, all on that bait.”

Sitting in the fourth slot, Brandon D. Blondeel from Orlando found three good keepers for 8.49 pounds including a 4.87-pound kicker. Carlos Rivera of Deltona rounded out the top five co-anglers with a 3-bass limit at 8.40 pounds capped by a 4.24-pounder.

The division next heads to the Kissimmee Chain of Lakes on Feb. 4, 2023. The anglers will launch into Lake Tohopekaliga, better known as Toho, at Kissimmee Lakefront Park, located at 69 Lakeview Drive in Kissimmee, Fla. To register for this event, Click Here.

For more information about this tournament, call Tournament Director Billy Benedetti at (256) 230-5632.

Each ABA Open Series division offers four one-day qualifying events in a boater/co-angler format. Boaters pay an entry fee of $210 for each event while co-anglers pay $105. The top 20 percent of registered anglers in each tournament will receive cash payouts based on the total number of entries. If at least 60 boaters enter the tournament, the Boater Division winner will receive a minimum of $5,000.

In addition, anglers could qualify for bonus money offered by such tournament sponsors as Caymas Boats, Mercury Marine, the T-H Marine Atlas Awards program and Power Pole. Anyone who qualifies for Caymas Cash rewards could receive up to $7,000 for winning any ABA Open Series event. If the winning boat carries a Mercury motor, the angler could receive an extra $1,000 in cash from Mercury Marine. See each manufacturer’s website for details, rules, and qualifications for more information on their contingency programs.